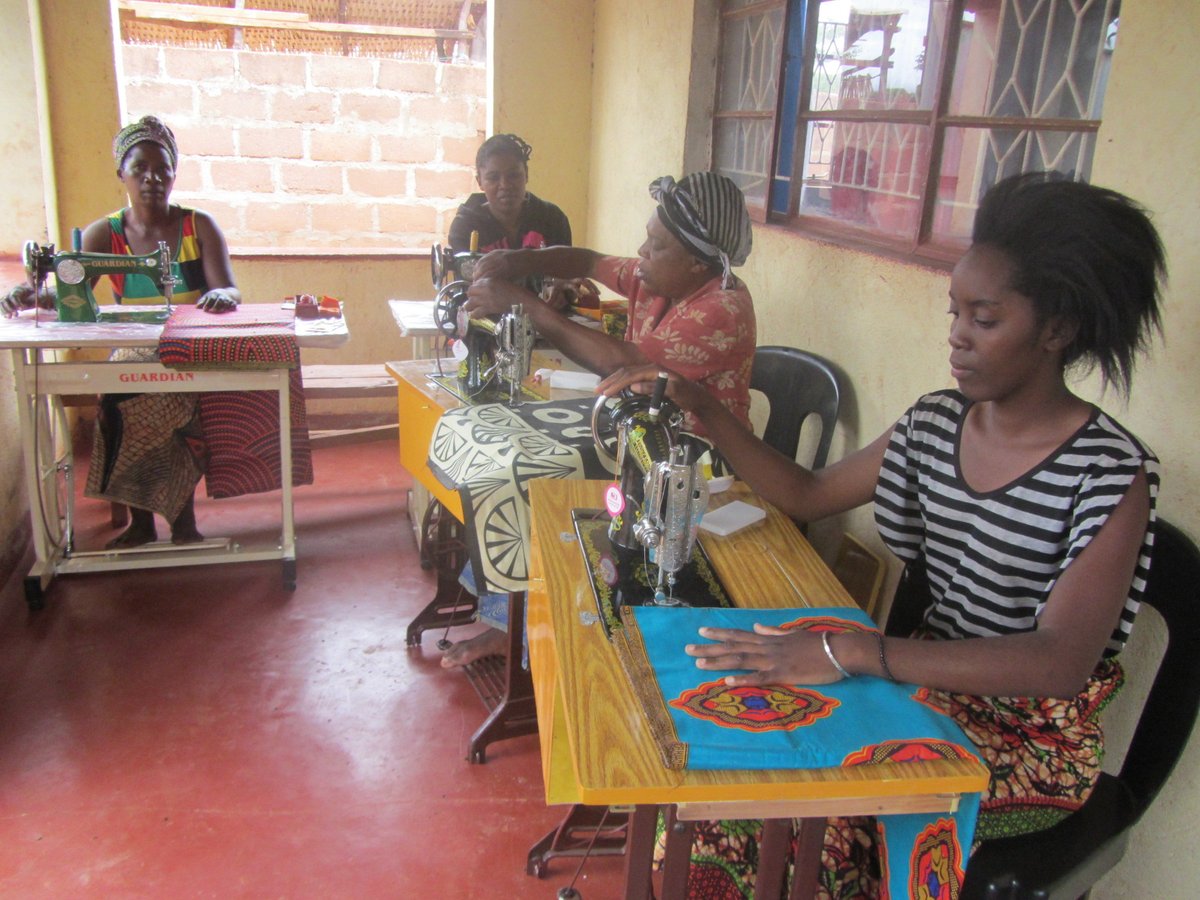 The Sewing Project for UCG Women in Chipata, Zambia

First, we give special thank to LifeNets Australia for significant funding for this project!

Filius Jere, our LIfeNets representative in eastern Zambia write this report about a project that truly fulfills LifeNets' mission in helping people rise to a higher status in skill and self-sustainability:

The burden of household food and economic security in Zambia, and most of the poor countries in Southern Africa for that matter is mostly borne by the womenfolk. By tradition, females are unfortunately relegated to secondary 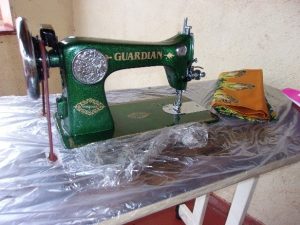 considerations for many things that require expense and money, including education and access to land and property.

Because of this, females often have limited opportunities to many things that can enable them to have better livelihoods. Consequently, they are forever struggling to survive and as soon as they reach maturity, or even before, some consider marriage as their only option. But it’s a matter of out of the frying pan into the fire because, in such marriages of convenience, they are often regarded as sources of free labour in the fields and subject to abuse by their men.

It was because of this situation that the United Church of God in the rural city of Chipata, in eastern Zambia conceived a plan to empower its vulnerable but viable women members with dependable means of generating income. The sewing program presented the most feasible approach. For this, seven women were chosen as the first beneficiaries. These included Chosiwe Shanzi and Thokozile Jere who are accomplished tailors. Others were Christine Tonga, Dorcas Daka, Alice Banda, Serena Mbewe and Mrs Ruth Phiri. 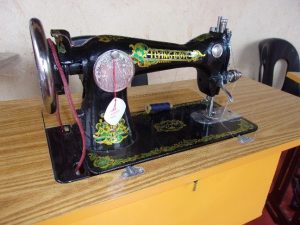 A proposal for the purchase of seven ordinary sewing machines was presented to Mrs Beverly Kubik, the LifeNets President.

LifeNets approved the proposal and provided the necessary funds on 15th November 2017. Six ordinary sewing machines were purchased locally. Three were Guardian model while the other three were Flying Dove.

The aim was that Chosiwe and Thokozile, who were accomplished tailors, should conduct a crash training program of the other five members so that the group could immediately take advantage of the high demand for school uniforms at the beginning of the year.

Unfortunately, this was derailed by the onset of the rain season whereby the “beasts of burden” had to be busy in their fields or experience matrimonial strife. Consequently, the training was only able to be carried out later in March when the work-burden lessened. It is still on-going and is expected to continue until the end of May 2018. 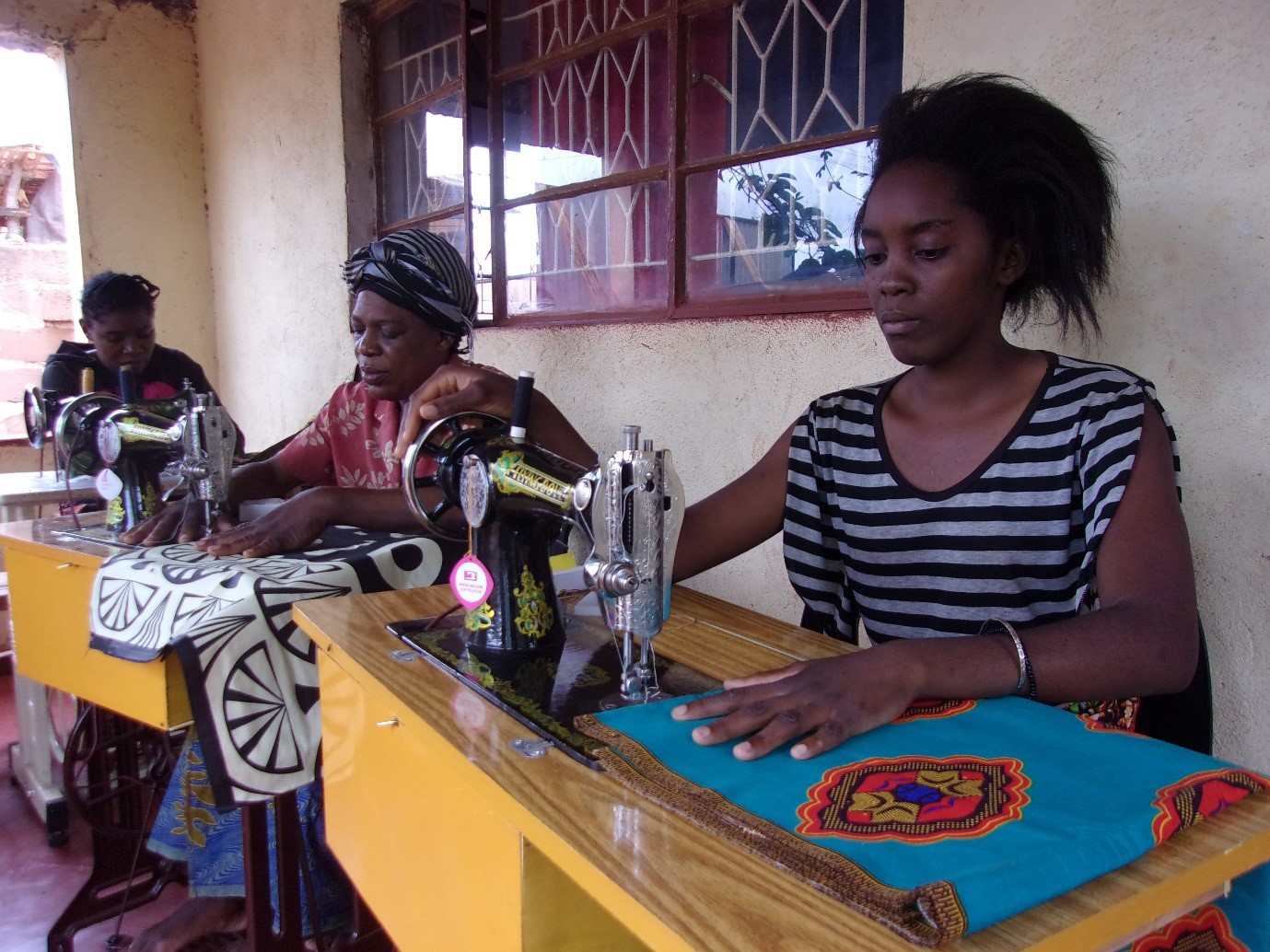 Obviously, the huge opportunity of sewing school uniforms was missed. Most of the women also live far apart. So coming together regularly as a sewing club is a big challenge. For this reason, at the end of the three-month training, it has been agreed to give the candidates a week’s training in entrepreneurship skills before issuance of a sewing machine each one of them.

For this reason, none of the beneficiaries should abuse them or dispose of them in any way, including by way of sale or giving away to any third party. Secondly, each beneficiary will be monitored to ensure that no machine is idle.

In view of the obvious opportunity to generate income, each beneficiary must also be committed to regular tithing commensurate with income raised. In addition, each beneficiary must never fail to attend important Church occasions income like Feast of Tabernacles or Women’s Retreats or Fellowships on the excuse of lack of funds.

Already, the trainees are able to make operate the sewing machines very well and design their own clothing patterns to produce stunning products. More concentration has been put on simple women’s dresses and children’s clothes, including school uniforms for girls and boys.

“I am overwhelmed by what Mrs Kubik and LifeNets has done for us,” says Mrs. Christine Tonga, a sixty-six year old widowed retiree whose pension was unable to sustain her. “I can now see hope in my last years and this will be like evangelism about the true mission of the United Church of God among the community where I live.”

These same women are fully involved in conservation farming because this reduces the labour demands and has been proved to increase crop yields. They are likely to be role models for a similar project being launched in Mchinji, Malawi by Mr Brennan Hilgen and his wife Michala. 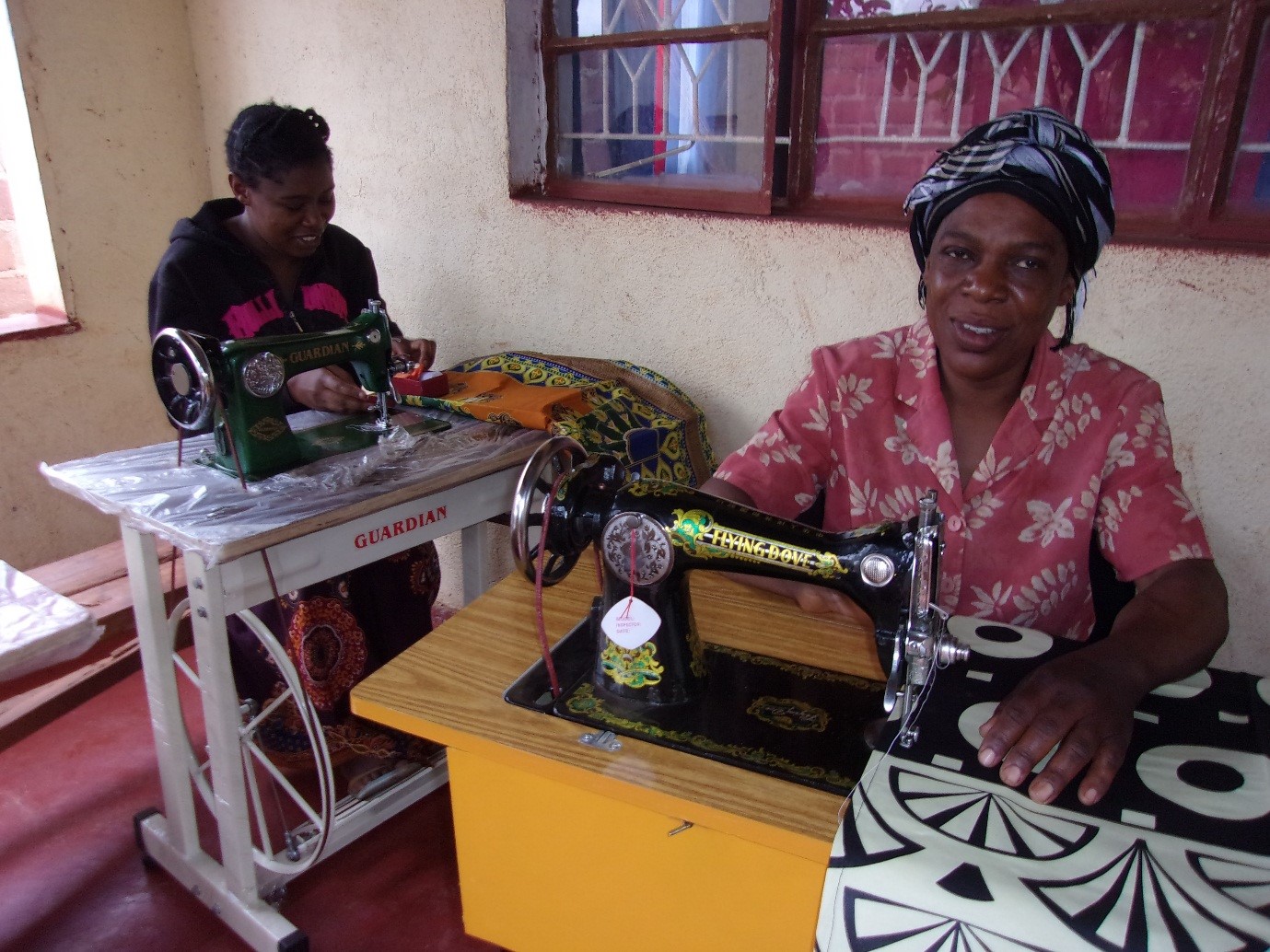 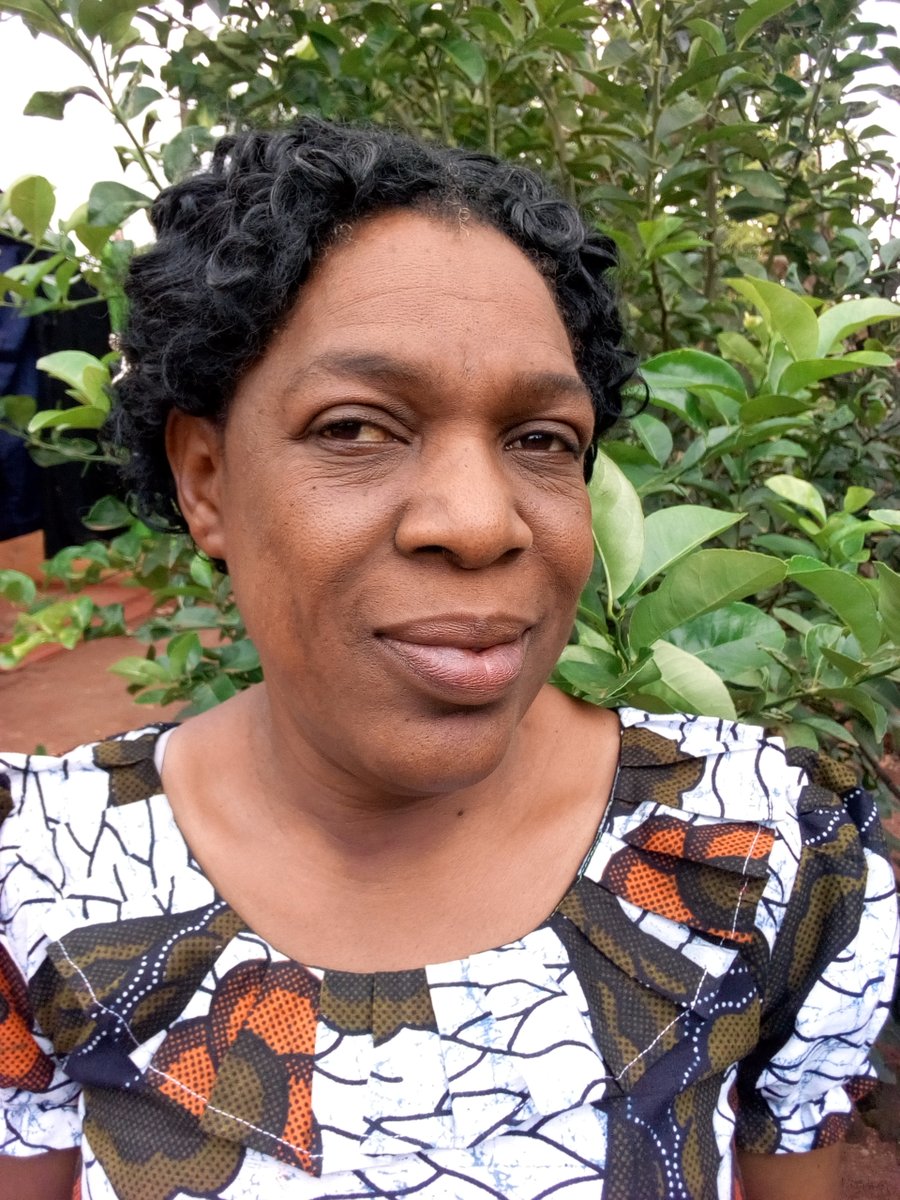 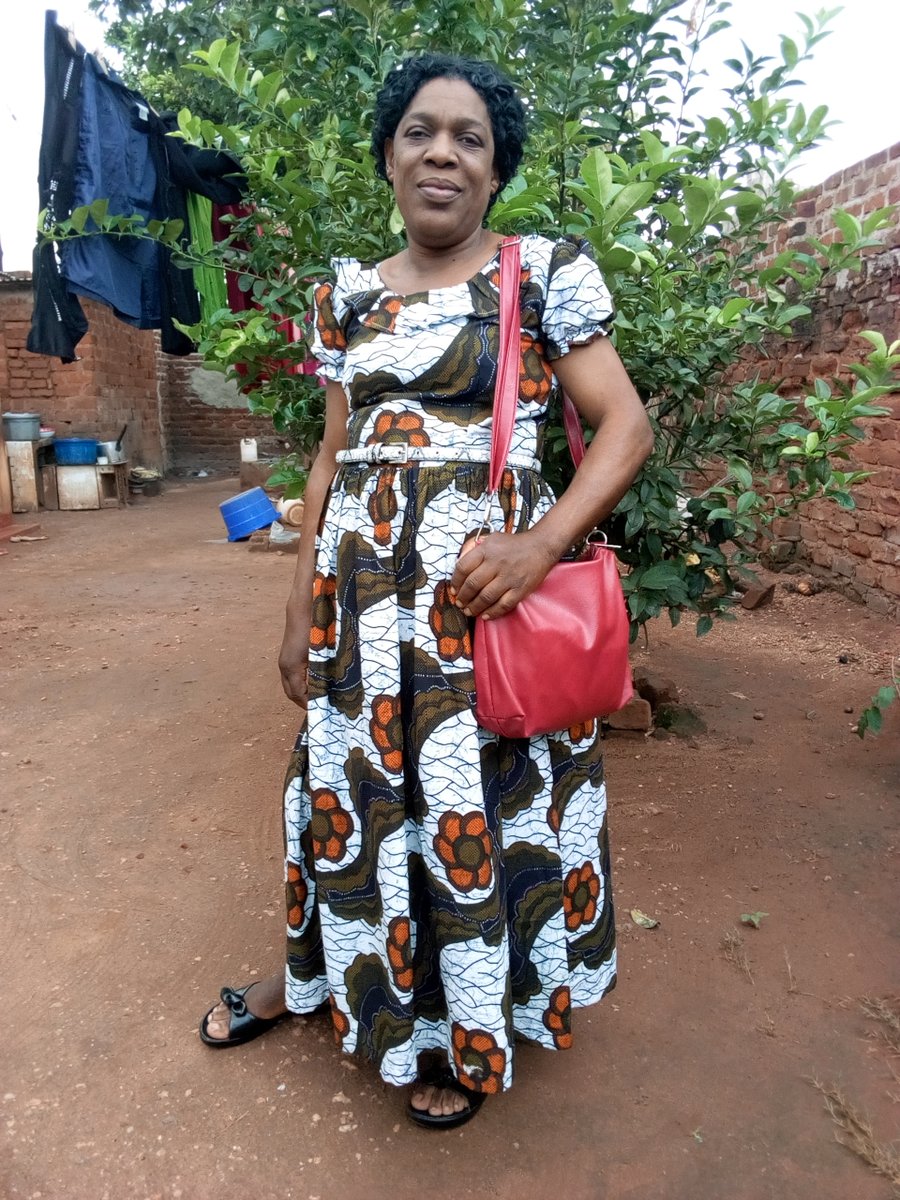 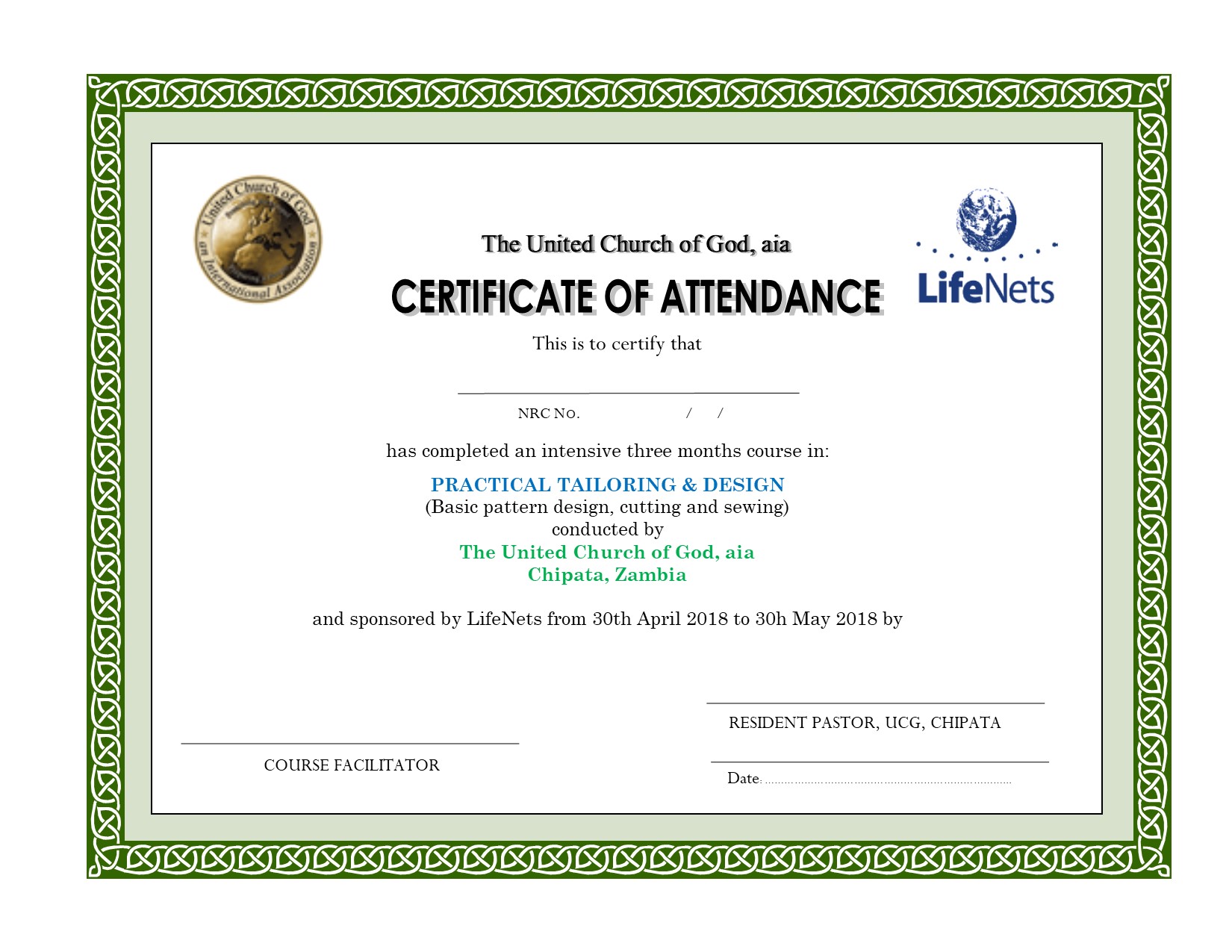 
Warning: call_user_func() expects parameter 1 to be a valid callback, function 'skt_gardening_lite_comment' not found or invalid function name in /usr/home/web/users/a0003062/html/wp/wp-includes/class-walker-comment.php on line 184