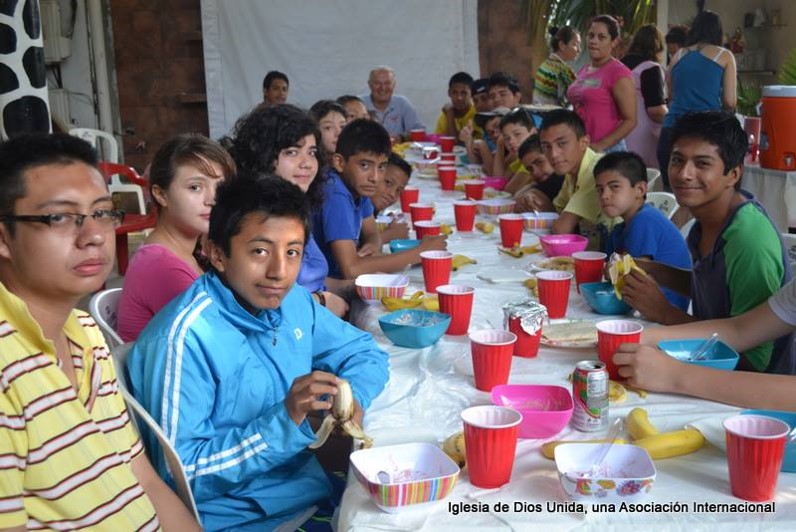 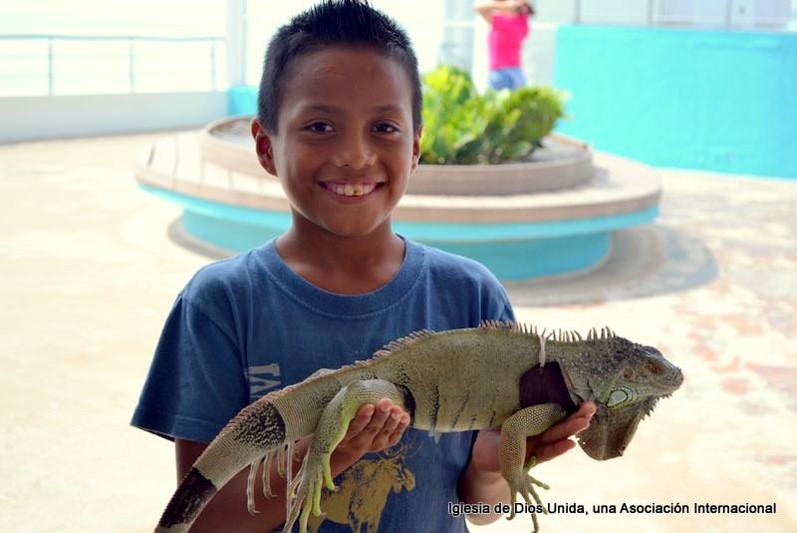 In the beautiful city of Veracruz, Mexico, 23 youths (22 from Mexico and 1 from Chile), had their first Youth Camp in many years from July 27 and August 3 of this year. The climate was ideal, with sunny days throughout and the beach was bathed by the warm ocean water.

For many, this was the first camp in their lives. The center of operations center was a large multi-room house, 1 ½ blocks from the beach. It has a large kitchen and a private pool that is covered by a huge rubber tree 90 years old. In the patio area we shared delicious meals prepared by Caty Seiglie and her able crew of Andrea de Garcia, Veronica de Jimenez, Susana Juarez and Alicia Ortiz. 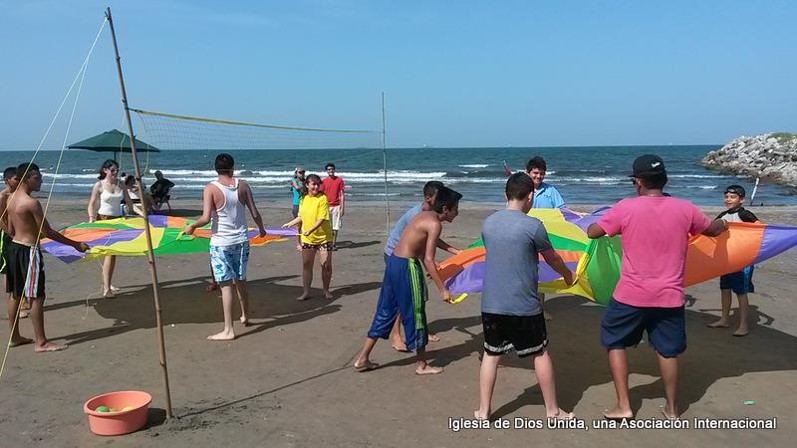 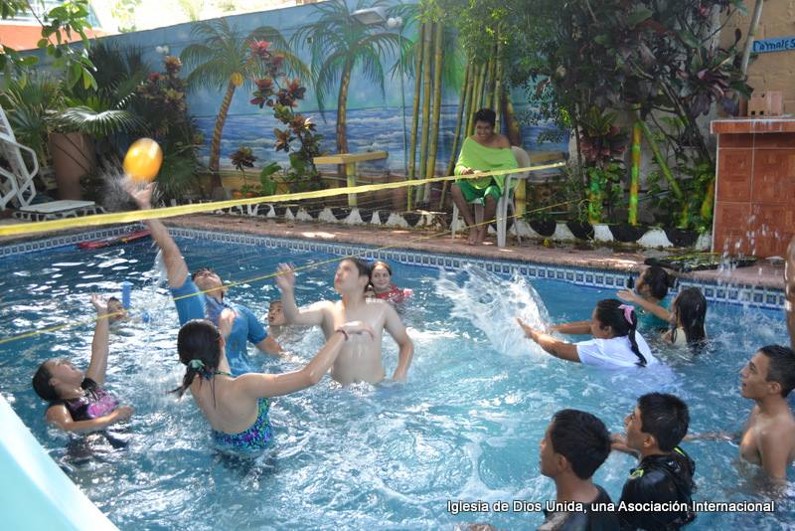 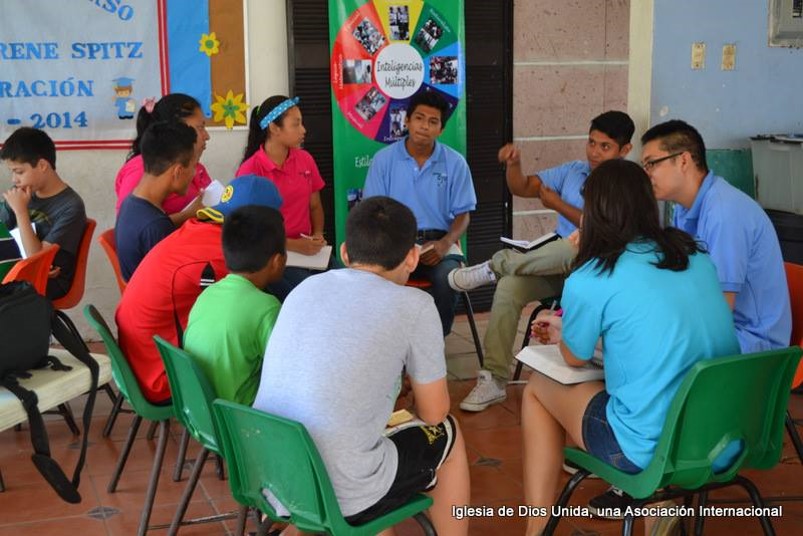 There were interesting biblical classes with breakout workshops, educational films, an astronomy class about the Moon, Latin dances, including the cha-cha-cha and limbo, crafts for girls, various games in the pool, a talent night, song leading class, youth speeches, soccer and learning to play billiards. At the beach, the kids learned body surfing, volleyball and water-balloon volleyball tossing. Another highlight of the camp was visiting the Veracruz Aquarium, which included a marvelous dolphin show.

We also had the nice visit from the Rodriguez family and a few other guests from Veracruz, who now decided to be part of United. We are very happy with this new video group in Veracruz, and especially getting to know their daughter Becky Rodriguez, who was one of the campers.

The last few days I heard more than one camper say, "Can we stay another week?" and another added sadly, "I do not want the camp to be over." Kids are so enthusiastic about the Church some said they will now be taking the initiative to go to Sabbath Services.

Thanks again to all the boys and girls for your joy and enthusiasm, as well as Ismael Jimenez, our coordinator in Tabasco, Alicia Ortiz, Veronica Jimenez, Susana Juarez, my wife Andrea and Caty Seiglie who had the challenging task of nourishing with delicious food the 32 persons at the site.

In the name of the United Church of God in Mexico, we send special thanks to the 2014 ABC students who had a great fundraiser for the Colombian and Mexican camps, as well as the Garden Grove congregation and others who made it possible with their generous contributions to make this camp such a success!