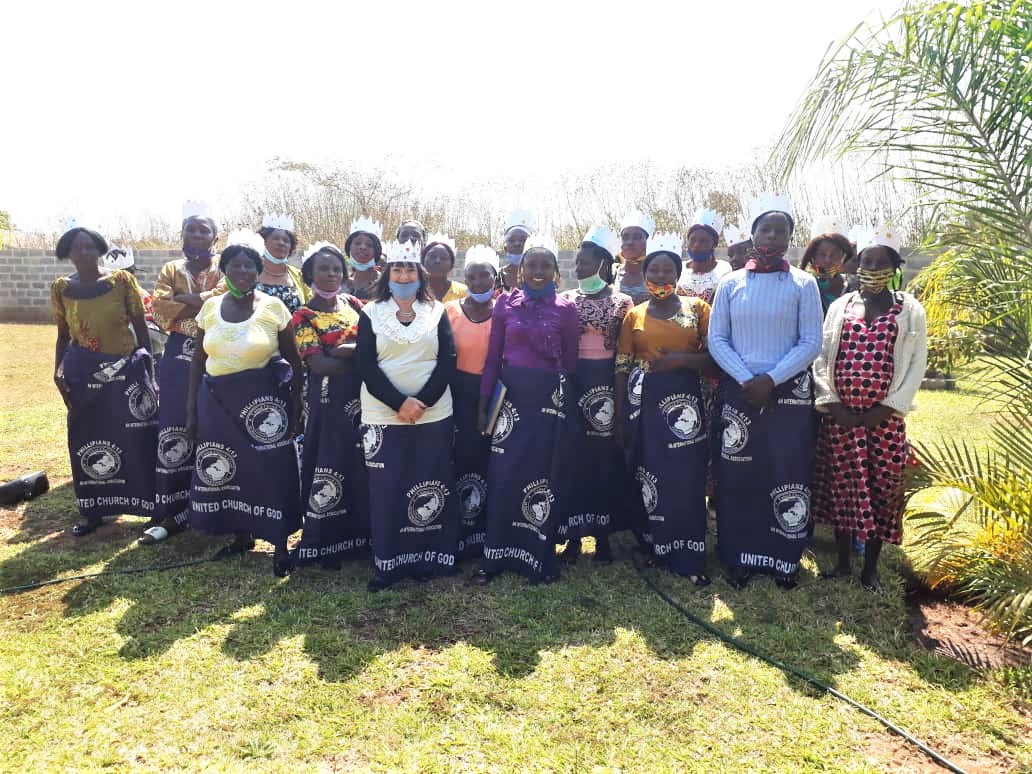 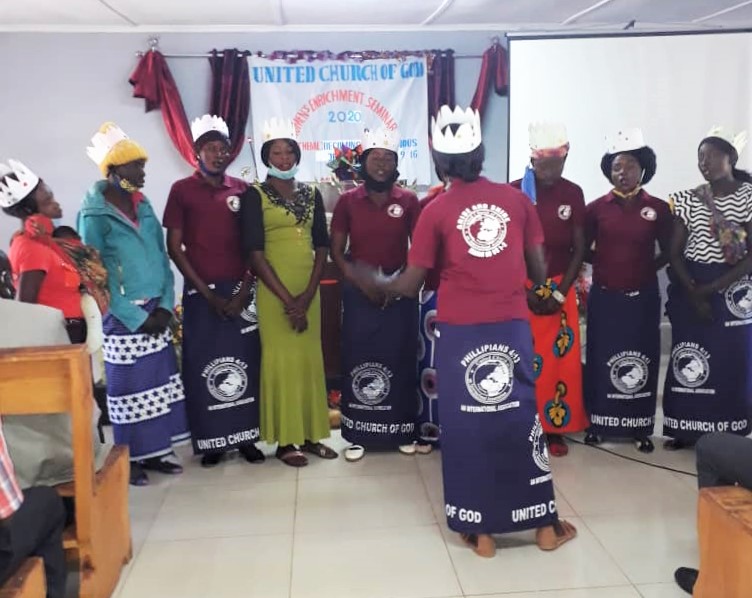 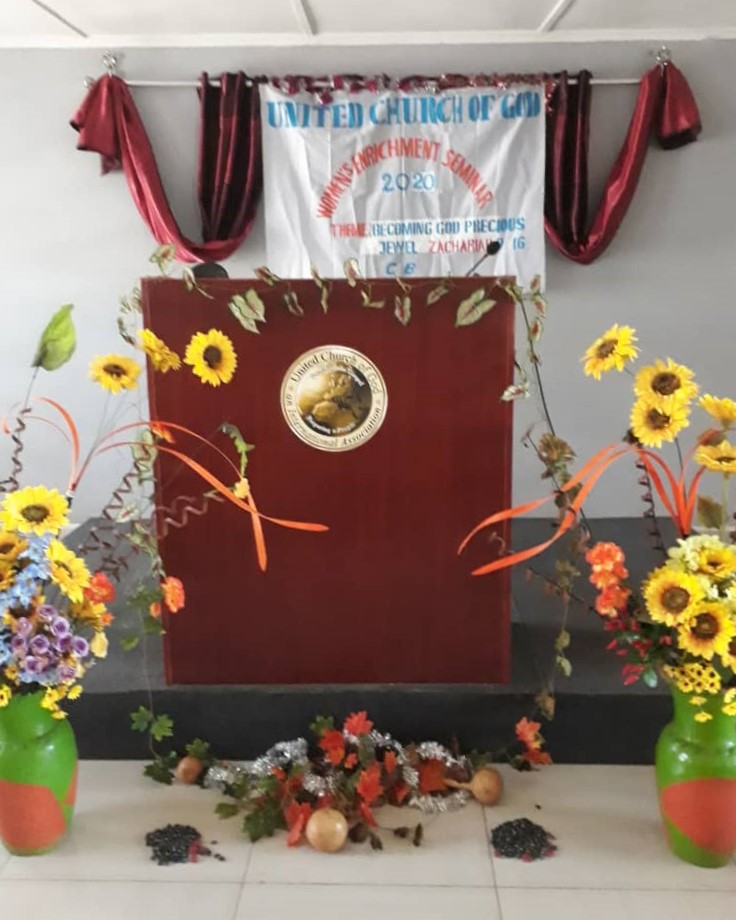 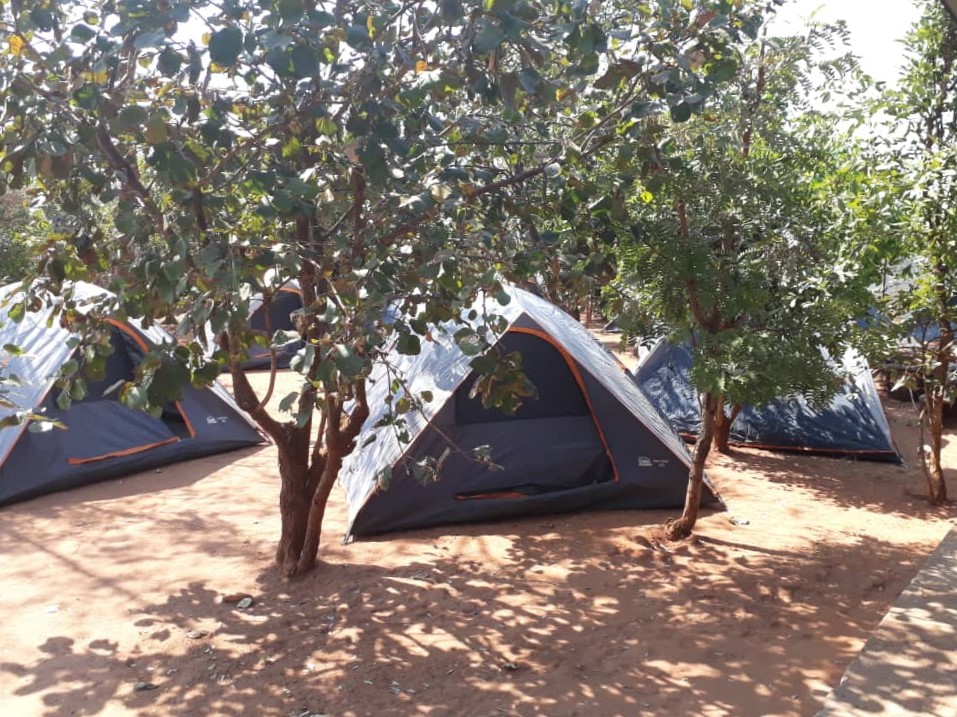 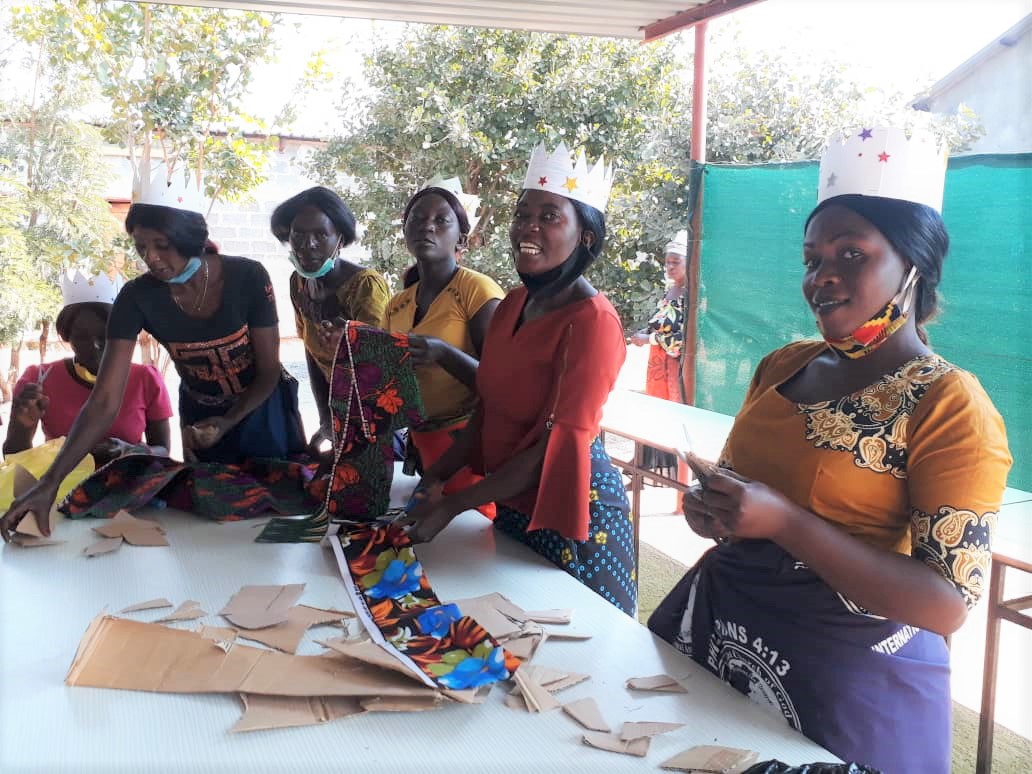 First and foremost we are thanking the Ladies who enabled us to have the Women’s Enrichment Seminar this year 2020.  May the Almighty God bless them.

Day 1 – 22/07 Wednesday.
We began on Wednesday evening with Opening prayer by Mrs Aggie Kapatula.  Introduction and welcoming by Mrs Patricia Epomba.  Closing prayer by Mrs Delphine Banda.  After which we all enjoyed supper together.

Day 2 – 23/07 Thursday.
Morning Glory 0600 – 0630.  Opening prayer Mrs Maggie Mukanwa.  Sharing of the Word of God by Mrs Ivonne Epomba regarding our theme ‘Becoming God’s Precious Jewel.  Closing prayer by Mrs Deophister Mumba.  After which we all adjourned outside for General Cleaning of the Surroundings, Hall and toilets. Breakfast followed and then we each one went to pray for the challenges,  asking that God could help us.  Around 10 hours it was craft time and Mrs Pringle showed us how  to each make our own crown and decorate it with stars and  ornamental jewels etc. We donned our crowns and had Christian Living by Mrs Pringle on ‘Becoming God’s Precious Jewels’.  After lunch we continued with crafts and skills, this time making decorations out of cardboard and material., until 17.30 when we had music rehearsal, supper and bed.

Our program was then disturbed – Rachel Amalaiti from Manyinga was in labour!!  There was no ambulance in the area and even taxis were nowhere to be found.  The hospital being quite far.  By the Grace of God a baby girl was born at around 1200 hours.  Mother and child were fine.  By 1300 hours things got back to normal and after lunch we went straight into Skills.

Sabbath – We had a special lunch with all the brethren who came for Service, serving them the traditional foods we had prepared the day before.  Three very special Special Music was greatly enjoyed by everyone and Mr Pringle gave the sermon on our theme;  Based on Esther 4:12, that in these trying and uncertain times they have been called to be leaders of hope and courage in their communities.   In the evening we enjoyed a dinner/dance party.  We had a technical problem with the speakers so instead we improvised with drums which we played while singing cultural songs.  After an enjoyable time we closed around 20.00 hours with a closing prayer by Mrs Banda..  Before departure the next day we had our last song and prayer by Mrs Ivonne Epomba after which we said our Goodbyes.

The women who attended were  22 and greatly thank the Missouri women who contributed the funds and made this meeting a success. The women enrichment held Thursday 23/July/2020 started with a prayer in the morning.Then Deacon Litaba Jonathan introduced the theme:Becoming God's Precious Jewels. Zech.1v16.

Then we had gone into the lessons: About Home Making in our respective homes, Day 1.

Day 2 began with Memorisi g Bible verses for each of the women. The women had lessons on how to cook and baking, also making the earth oven.

Day 3  being the Sabbath we had a special food for all church members in Mapoko who were 72.

The service started at 10:30, sermonette was given by Jonathan Katapya Deacon and sermon on being Precious Jewels of God by Litaba Jonathan.

In the afternoon. Bible study and then Question and Answer by Deacon Litaba.In the evening we had a women banquet attended by women participants only.

There was joy, happiness , very good fellowship and a very healthy communication ,the first ever since women retreat started in Lusaka, Zambia.

Thanks From India for 2022 Aid   |
© 2022 LifeNets International. All Rights Reserved
SKT Charity