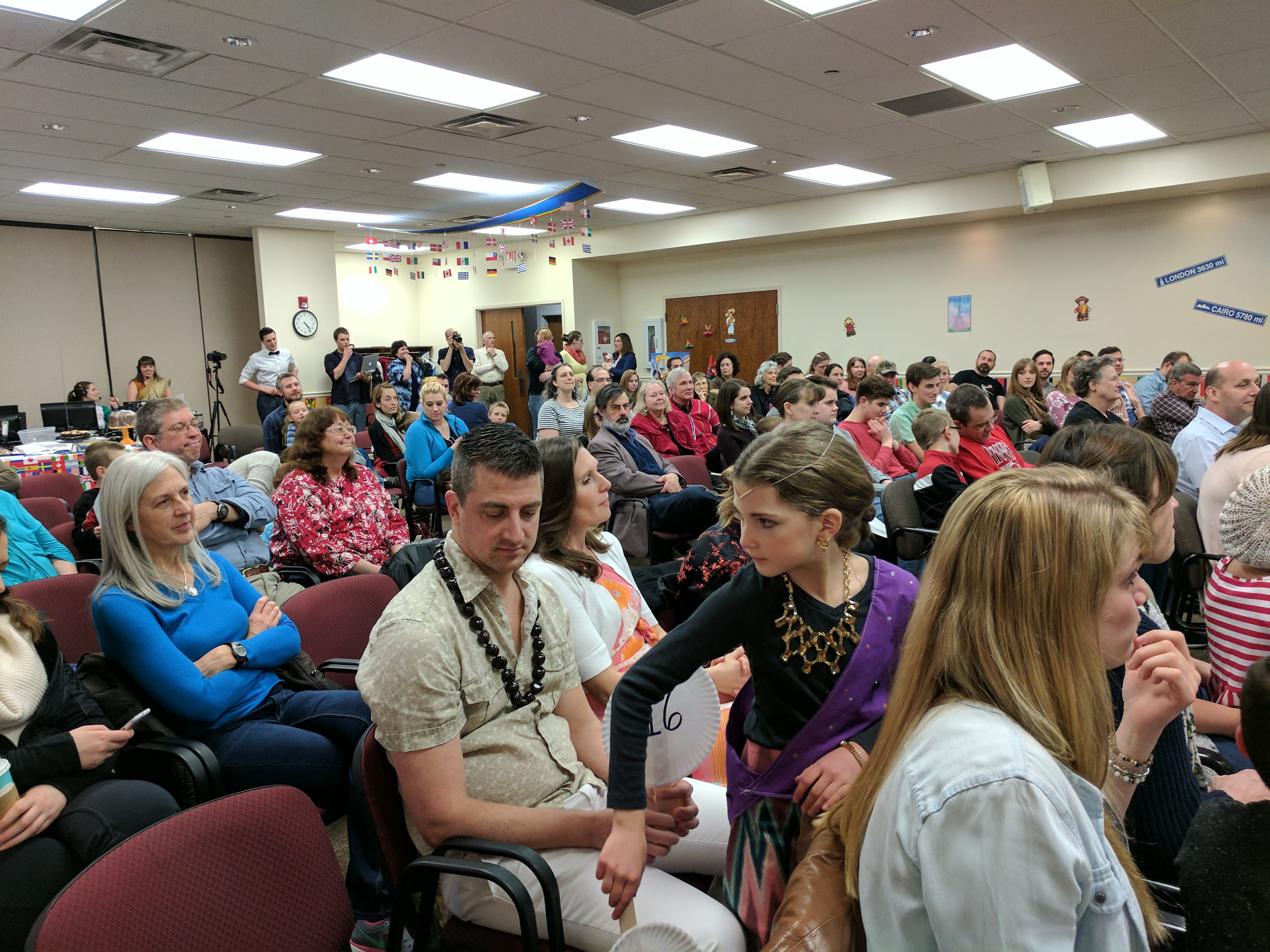 ABC did a Charity Auction for Solar power panels for the LifeNets Business Center and UCG Meeting Hall in Lilongwe, Malawi.  They raised $5,471. An additional $2,000 came from Kohl's department store.  We were glad to find corporate sponsors who,  through LifeNets, support humanitarian projects that benefit the community. We canvassed corporate sponsors the first quarter of the school year as it requires up to three months for them to decide. 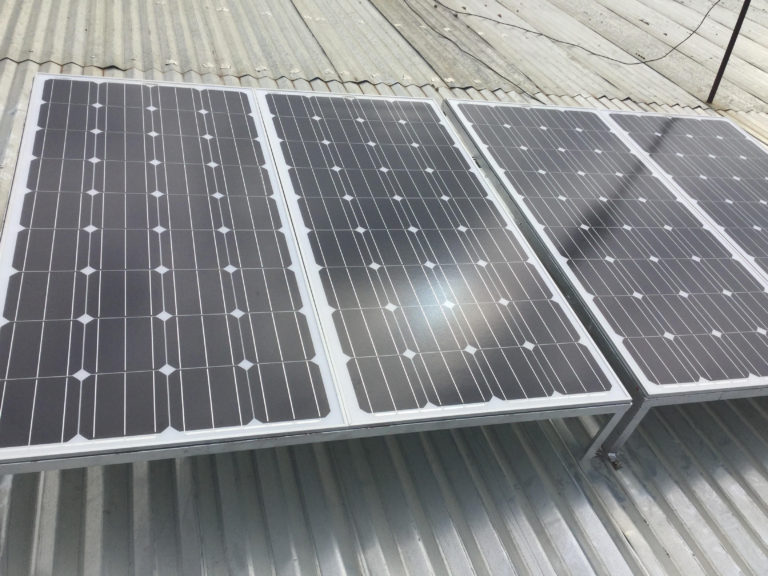 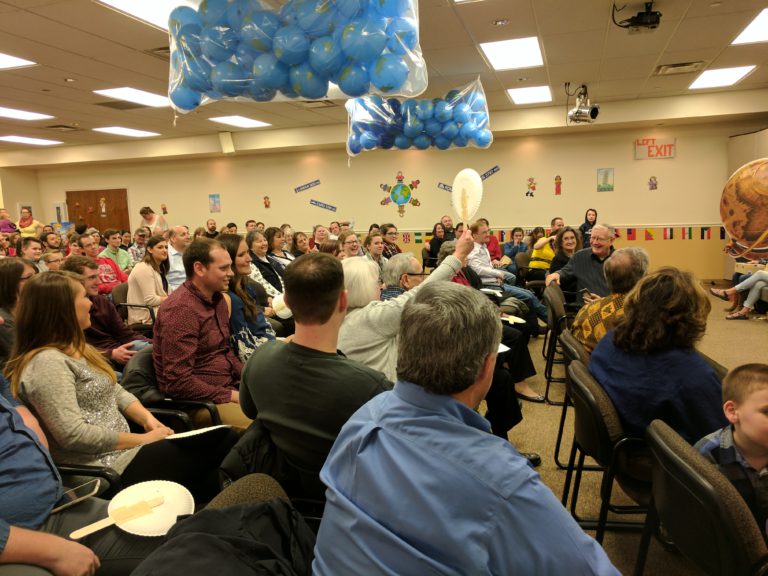 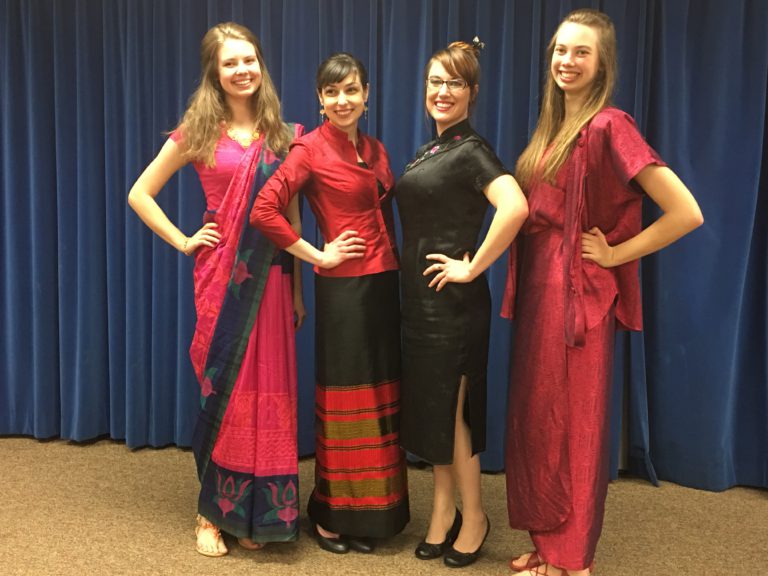 The ABC class of 2017 planned this Sunday afternoon for months, and it was just about to begin. About 120 Passengers boarded flight 2431 to Chattahoochee, Tennessee via Ambassador Airlines. They began their quest to find the immortal cake with help from the Cake Prophet (otherwise known as Tim Clowdus) and undercover students Hannah Fenwick and Sydney Bose. The cake was made by the wonderful Stella Helterbrand. This cake was the first ever immortal cake. The cake also has no expiration date and she wanted to keep it safe in Milford, Ohio.  “In flight” we traveled to Tennessee, Amish Country, the Northwest, crashed in the ocean, Australia, India, Scotland, Germany, and England all without leaving the Home Office. Spectacular international cuisine included chicken sopas, ravioli, spring rolls, kabobs. The Live Auction times were very entertaining and profitable, as our two auctioneers Aaron Jennings and Jason Lovrien captured the crowd in an enjoyable experience. The accompanying silent auction offered scarves, homemade soaps, a Darth Vader toaster, various decorative dish sets, and a Fossil Smartwatch.

The hard work put in as a class paid off. Organizing props, coordinating roles and practicing was a lot of hard work, but the evening was an entertainment success and raised a total $7,571.

This event really helped us grow as a class. The shared experiences and responsibility have knit us together as a team. Special thanks to Jennifer Iiams for running the sound table, Alyssa Archer for assisting her, and all the cake ladies that helped during the live auction. Also thanks to our teachers and staff including Mr. Frank Dunkle, Mr. Aaron Dean, and Mrs. Kathy DeCampos for all of their guidance and time.

The immortal cake was never found on the quest but was later discovered back in the kitchen of Stella Helterbrand, never leaving Milford, Ohio.

See short video below about the purpose of the Charity Auction.... 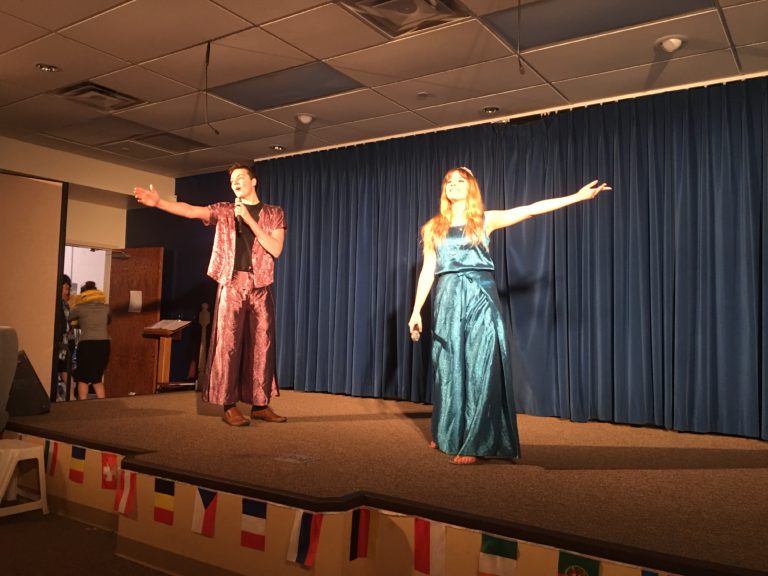 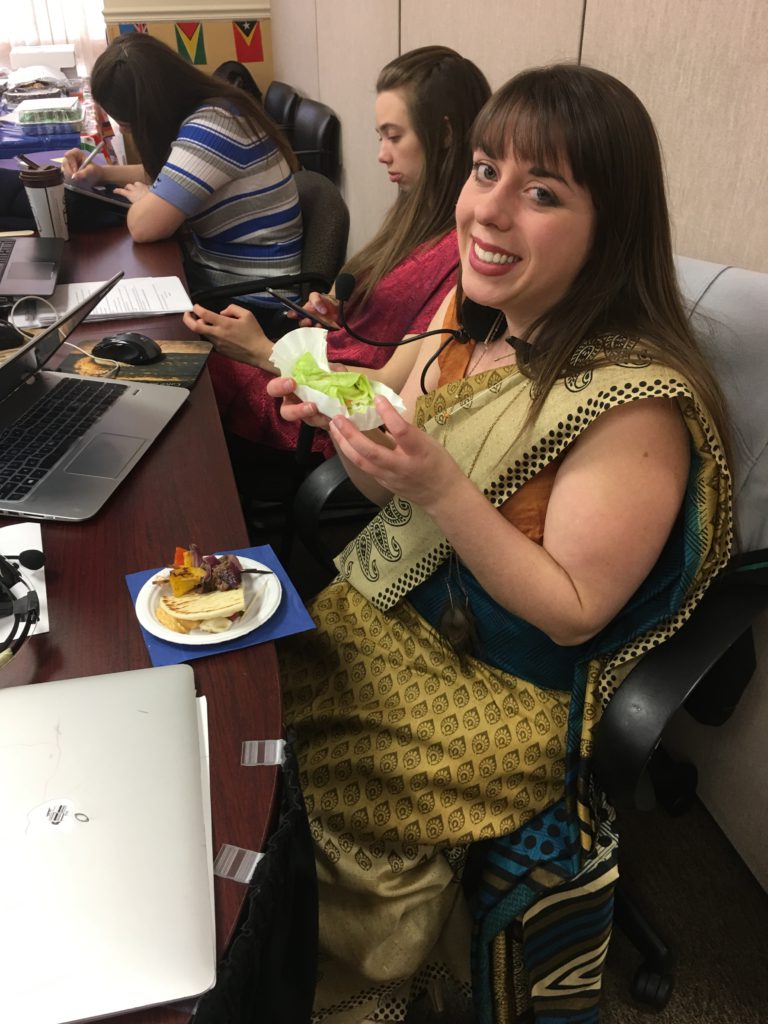 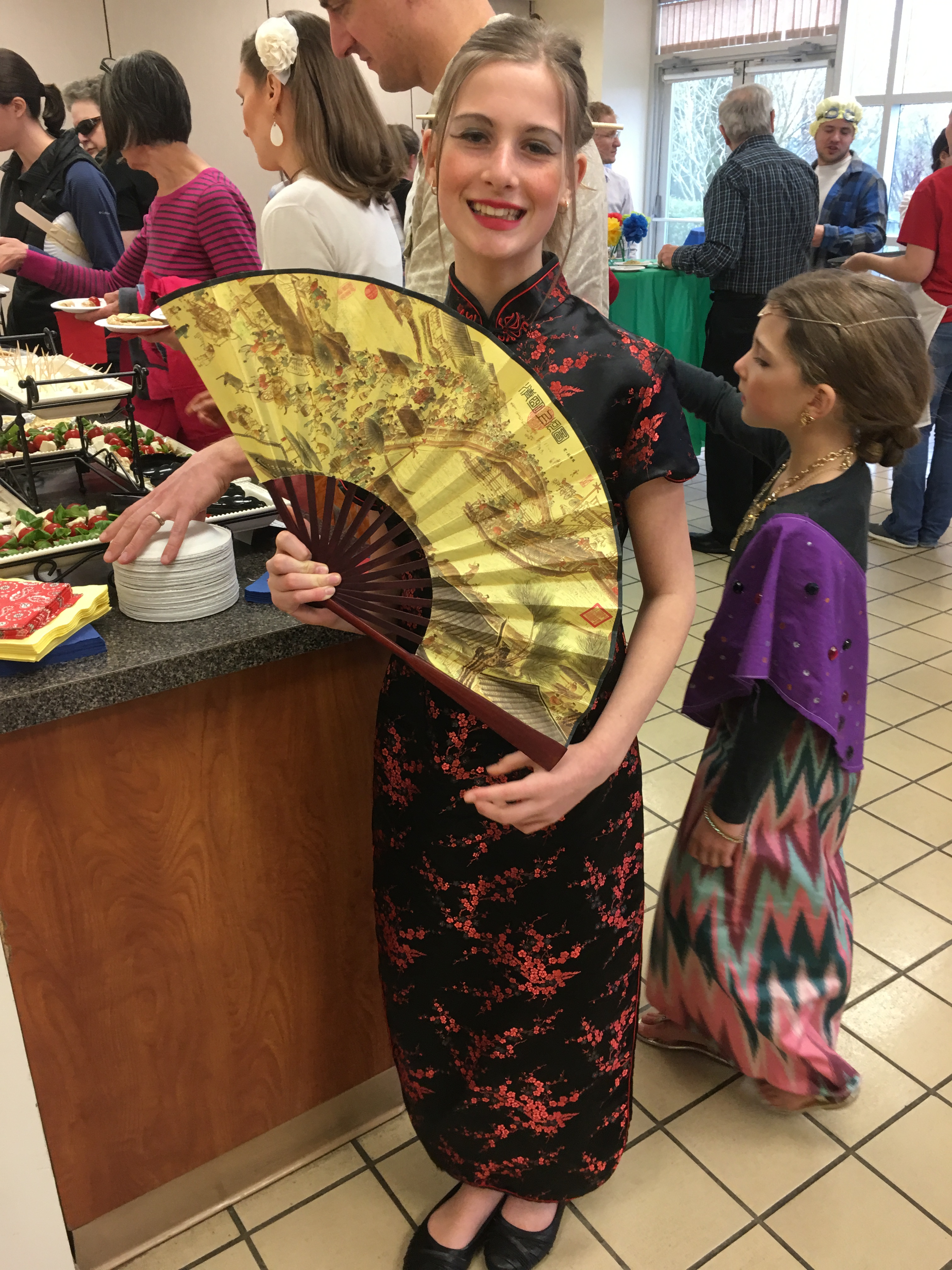 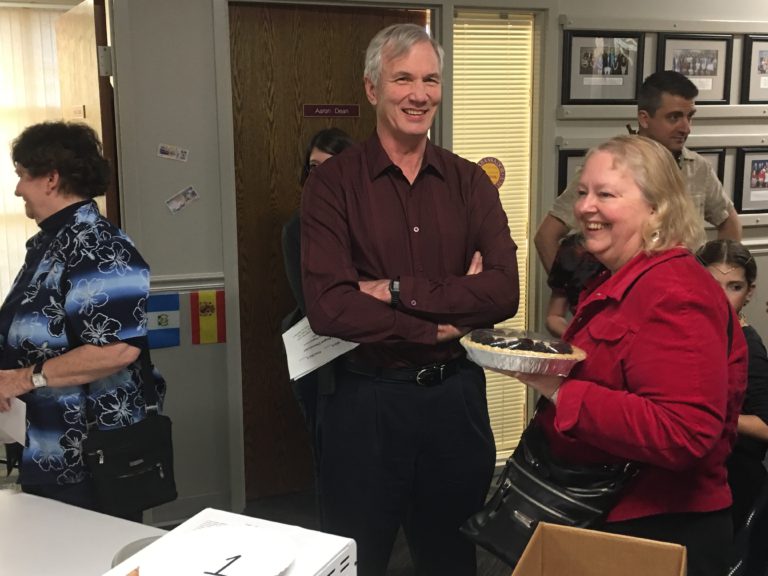 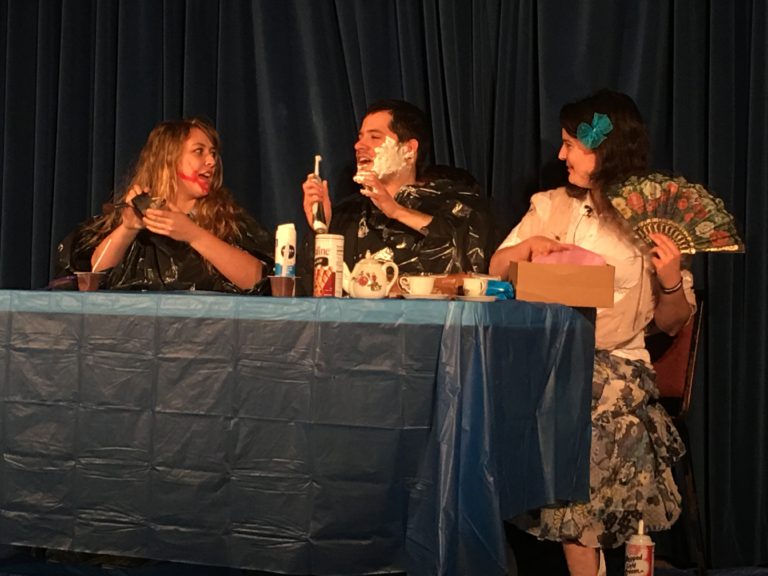 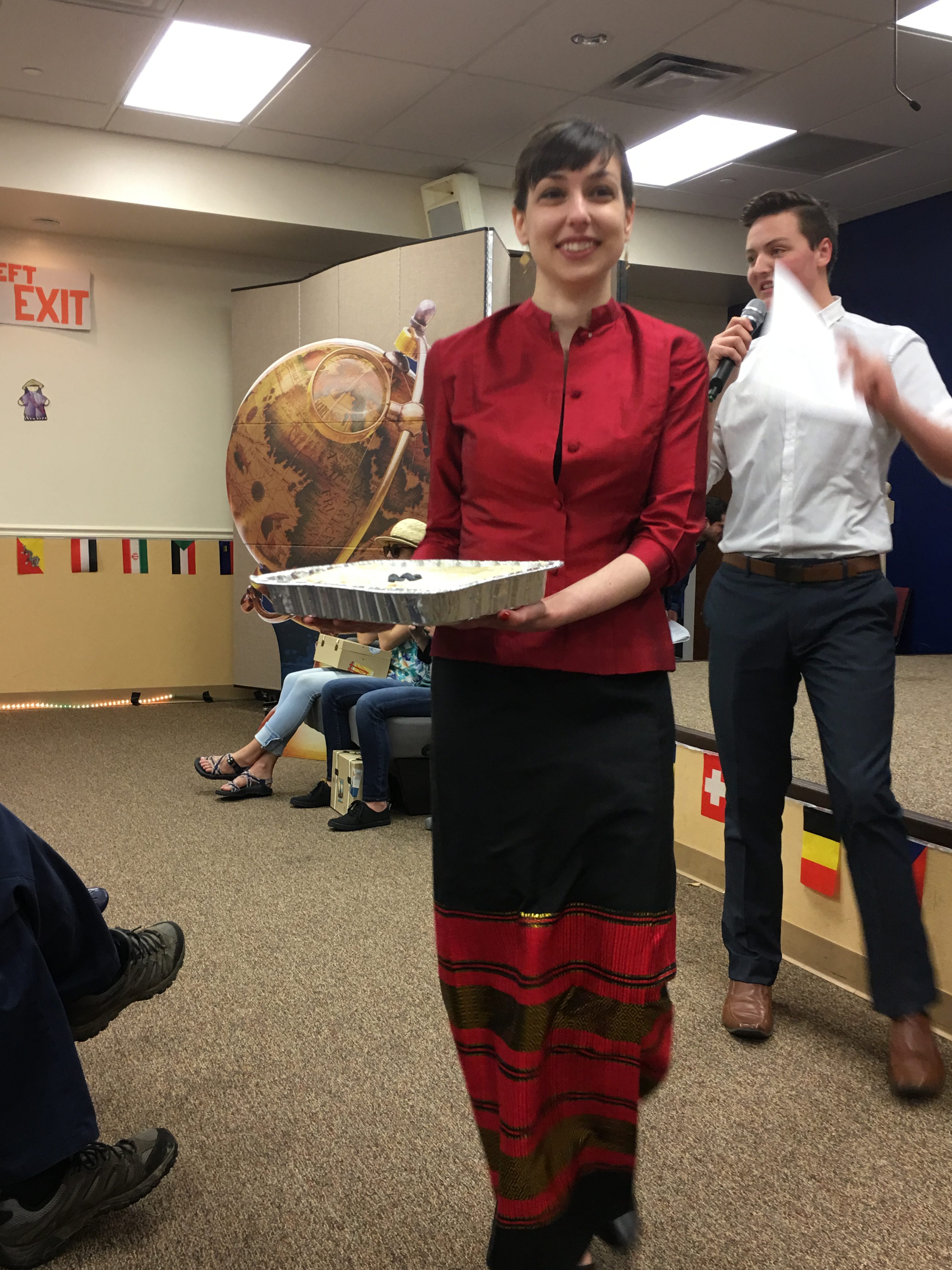 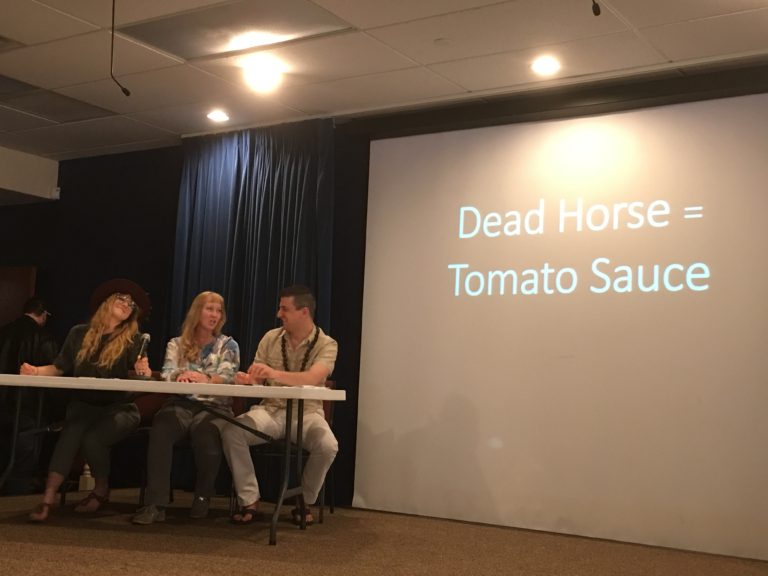 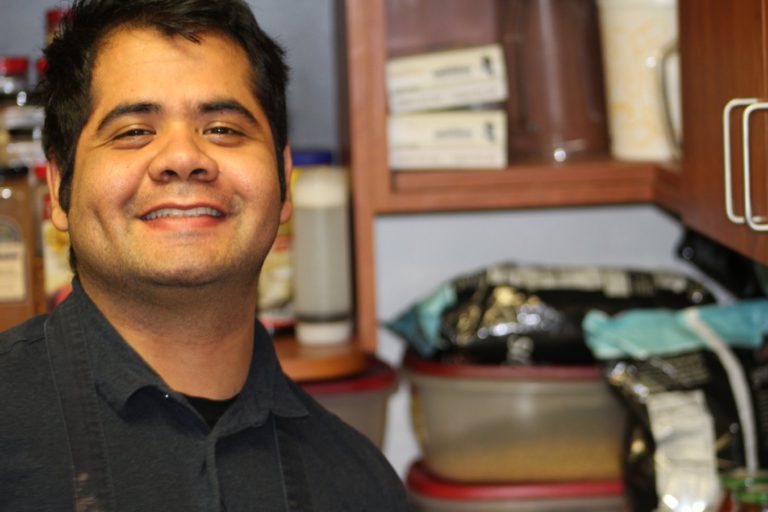 Australia, Events, Fundraising, Malawi
« More Photos of Charity Auction “I Will Never Leave Nor Forsake You…” »