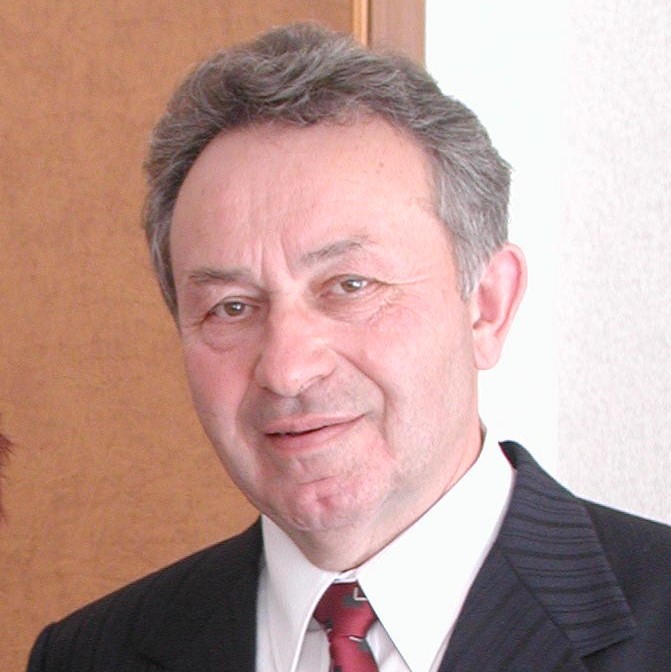 Our relationship with Dr. Vasyl Paschnyk and his wife Natalia Zenchenko who are two of the original founders of the "Revival" Centre of Rehabilitation of Disabled Children in Chernihev, Ukraine, goes back to early 1996.  They have built an amazing rehabilitation center recognized highly in Ukraine and around the world.  They are highly qualified, but even more greatly, they truly love and care for people, particularly children in the vicinity of the ill-fated Chernobyl nuclear power plant located about 30 miles due west of them.

Below are their bios: 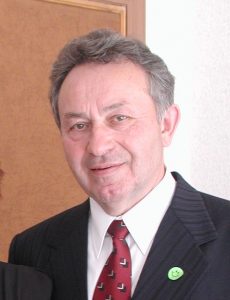 Vasyl Ivanovich Pasichnyk graduated from the Lviv State Medical Institute in 1961 and started to work as a district pediatrician in Volyn; he became the deputy head of the regional department of health protection on maternity and childhood protection and the medical problems of the Chernobyl accident in the Chernihiv region. He also became a highly skilled specialist, capable organizing a health care system. He made a significant personal contribution to the improvement of the system of medical care for children of Chernigiv oblast, and he achieved a significant reduction in infant mortality rates. He organized a series of measures to protect children from the consequences of the Chernobyl disaster, which minimized the consequences and recognized the victims of 36 thousand Chernihiv residents. He worked on the organization and management of health care and applied this to his scientific degree – PhD of medical sciences (1977).

In order to provide comprehensive assistance to disabled children, whose number has increased significantly since the Chornobyl disaster, in 1992 a group of doctors headed by Pasichnik V. I. developed the concept of the rehabilitation of disabled children. In 1993 the city executive committee registered the "Center for Medical and Social Rehabilitation of Disabled Children" Vidrodzhennia." Pasichnyk V. I. worked on a voluntary basis during the entire preparatory period and since 1996 he has been head of the Rehabilitation Center.
The Center is licensed and accredited by the Ministry of Health of Ukraine at the highest level. The experience and methods of rehabilitation of children with disabilities were greatly appreciated by scientists, state officials, heads of the Ministry of Social Policy of Ukraine, the Ministry of Health of Ukraine and recommended for implementation in other regions of Ukraine. It is this model of comprehensive medical and social assistance for disabled children that was introduced with the personal assistance of Pasichnyk V.I. in Lugansk (2004), Chernivtsi (2008).

Since October 2001, the country program, "The Concept of Early Social Rehabilitation of Disabled Children," has been implemented by the institution. Since September 2006, the State Center "Medical Center for Medical and Social Rehabilitation of Children with Disabilities" has been established on the premises of the Center "Renaissance" and since 2009, the Regional Center for Social Rehabilitation of Disabled Children was headed by Pasichnyk V. I. For the reconstruction of the Oblast Center more than 1 million 600 thousand UAH were spent; 86% from funds of foreign philanthropists, which allowed the expansion of the geography of services for children with special needs, and in 2012, a 65 bed sleeping quarters was erected and equipped, which made it possible to increase the number of children with disabilities in districts Chernihiv region for integrated services. Pasichnyk V.I. is an active participant in congresses of pediatricians, scientific-practical conferences, including international ones; it has produced 49 printed articles and scientific-practical reports and widely promoted the Center's work among specialists of Ukraine and abroad. It uses authority and respect in the team, among medical colleagues, social workers, educators of the city and the region, with respect to the parents and children who receive help at the Center.

The contribution of Pasichnik V.I. to the organization of medical care for children was marked with country awards - the title "Honored Doctor of Ukraine" (1988), "Order of Grand Prince Yaroslav the Wise" - V grade (2005), as well as departmental encouragement of the Ministry of Labor and Social Policy of Ukraine - breastfeeding the sign "For the High Service" (2007), the Honorary Diploma of the Labor and Social Protection Department of the Regional State Administration (2006, 2007), the Honorary Diploma of the Regional State Administration (2003, 2012), the Certificate of Merit of Chernihiv City Council (2003, 2015), the memorial Breastplate of the State Service for the disabled and veterans of Ukraine "For dedicated work" (2012), a valuable gift to the Verkhovna Rada of Ukraine - Watches (2013).
For his significant contribution to the theory and practice of providing comprehensive rehabilitation for children with disabilities, Mr Pasichnyk V.I. was awarded the Honorary Degree Diploma of the "Doctor of Medical Sciences" from the University of Essex, Great Britain (2014). 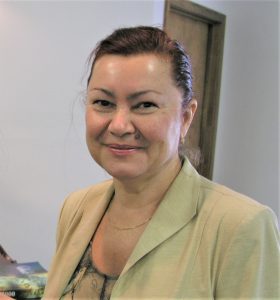 Nataliya Leonidovna Zentchenko, after graduating from the Omsk Medical Institute, began her work as a district pediatrician in the Tyumen Line Hospital (Russia).  Since 1976, she worked at medical institutions in the city of Chernihiv and became deputy chief doctor of the Chernihiv City Children's Polyclinic. She initiated and organized the program to improve the work of the pediatric service of the city and the expansion of medical work at home with children one year old and providing specialized care to children in the clinic, introducing pediatric gynecology, child psychiatry, psychological assistance; she established the department of preventive examinations for children, which carries out a complex of medical measures and integrates genetics into practical medicine. After the Chernobyl, the functional duties and directions of work of the department, which provides assistance to injured children were developed; since 1997 she has introduced a new method of treatment for children in metabolic crises which is now used in medical institutions throughout Ukraine. The aforementioned measures contributed to a significant improvement in the treatment and prevention work for the children, improving the quality of medical services, reducing the mortality rate of children in the city of Chernihiv and the region.

She is a neurologist of the highest qualification, a specialist in medical genetics, an excellent health care provider, an organizer of a higher level health care system, a freelance neurologist in the city of Chernihiv. Also she is initiating a new approach to the comprehensive solution of children's disability issues: in 1992, in cooperation with a group of doctors, the concept on rehabilitation of children with disabilities, which was reviewed in the scientific institutions of Kyiv and approved by them, was developed according to the requirements of the World Community. Since 1993 (on a voluntary basis) she has been  working on the establishment of the Center for Medical and Social Rehabilitation of Disabled Children "Vidrodzhennya (Revival)," the preparation of the normative base of the institution of a new type, the selection and training of the necessary specialists. Since 1996, she has served as Deputy Director for Medical Affairs, and in July 2007, she has headed this institution. Zenchenko N. L. has established cooperation with the Kharkiv Specialized Medical Genetic Center headed by the Corresponding Member of the Academy of Medical Sciences of Ukraine, Doctor of Medical Sciences, Professor Grechanina O.Ya. This allowed them to identify causes and establish genetic diagnoses for children with cerebral palsy and other syndrome organic lesions of the nervous system, to provide adequate treatment and rehabilitation, to prevent the birth of ill children in their families, to increase professional knowledge of medical genetics of the doctors of the city of Chernihiv and the region. This made it possible to significantly improve the efficiency of the rehabilitation of disabled children. The Center is licensed and accredited by the Ministry of Health of Ukraine at the highest level. The experience and implemented methods for rehabilitation of children with disabilities were positively evaluated by scientists, state officials, heads of the Ministry of Labor and Social Policy, the Ministry of Health of Ukraine and recommended for implementation in other regions of Ukraine. Experts from the UN Children's Fund (UNICEF). In 2003, it recognized Ukraine for the state of the organization of rehabilitation of children and the work of the Center in Chernihiv; also, it certified that the quality of the services provided complies with European standards. She is also the main developer of the "Concept of medical-psychological, pedagogical and social assistance to gifted children", approved by the Cabinet of Ministers of Ukraine, which needs to be implemented at the state level.

Natalya Zenchenko is an active participant of congresses of pediatricians, scientific-practical conferences, including international ones has printed articles and scientific-practical reports, and widely promoted the Center's work among specialists of Ukraine and abroad. It uses the authority and respect in the team, among the colleagues and doctors of the city and the region, respect for the parents and children who receive assistance at the Center, has an active social position. He was awarded the Certificate of Honor of the Ministry of Health of Ukraine (2003, 2005); Honorary Diplomas of the Head of the Regional State Administration; chairman of city council and executive committee; Department of Family and Youth Affairs of the Regional State Administration; Department of Health Protection of the City Council (2003); Honorary Diploma of the Regional Council (2006); Certificate of Honor of the Main Directorate of Labor and Social Protection of the Population (2007); a valuable gift from the Cabinet of Ministers of Ukraine (2007). By the Decree of the President of Ukraine dated January 11, 2010, No. 11, Zenchenko N. L. was awarded the Order "For Merit of the Third Degree".