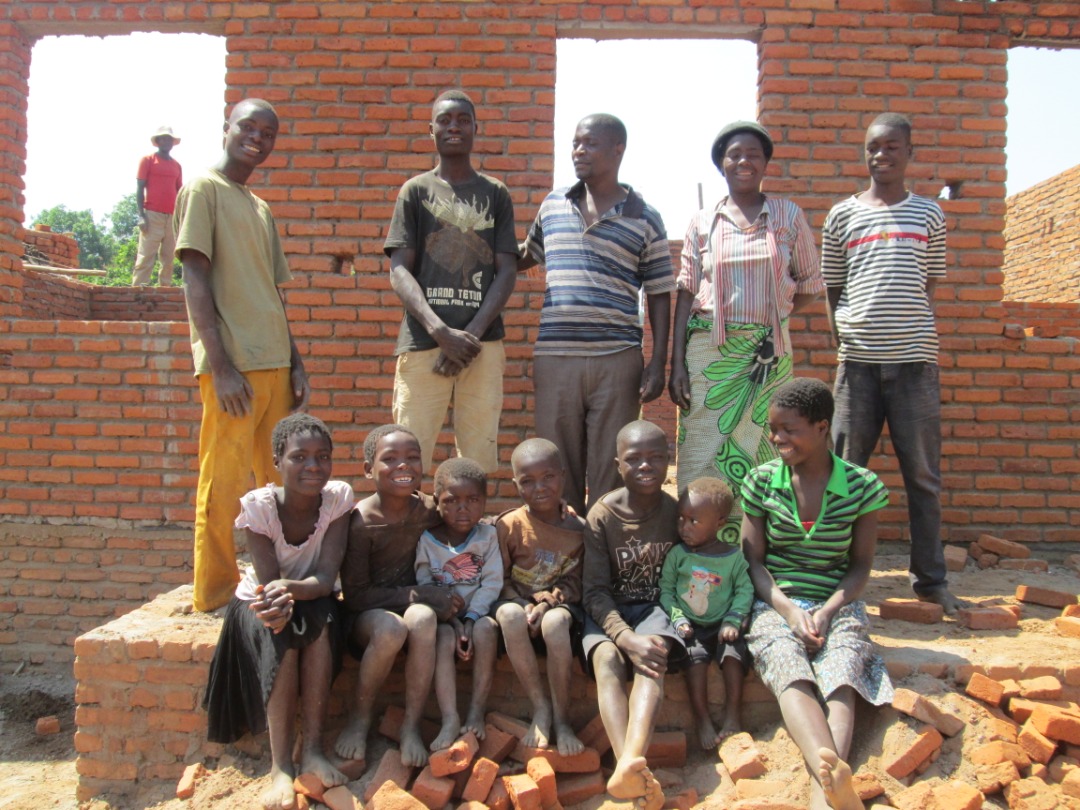 This project is made possible by the Luker Foundation (www.lifenets.org/luker)  which is part of LifeNets.  We thank LeeAnn Luker for her interest and support for this humane action. 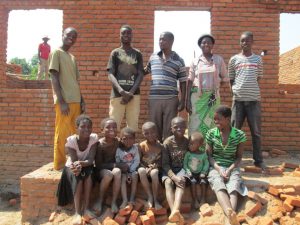 I am overwhelmed by the commendable job LifeNets is doing in changing people's lives by offering support even to those who have no hope that their future will be brighter someday because they are financially challenged to move forward. A few days ago I had a chat with Mr Hussein (Paliza). The conversation I had with him is what inspired me to share his story with the LifeNets team and everyone out there who have a heart of helping those who have no means of helping themselves.

Both Paliza and his wife Agness, come from poor families, they did not have the privilege to go further with their school nor have the capital to start a tangible business, regardless of their poor backgrounds, these two make a family which has stuck together through the worst circumstances in life. By the time that LifeNets first helped Paliza and his family, he was working as a security guard, earning K35,000 a month (about $50) with 10 kids to feed, dress, and to school.  At that time two of his elder sons were in secondary school and on the verge of dropping out because of school fees. By the grace of God, LifeNets came in and started supporting the boys by providing school fees. 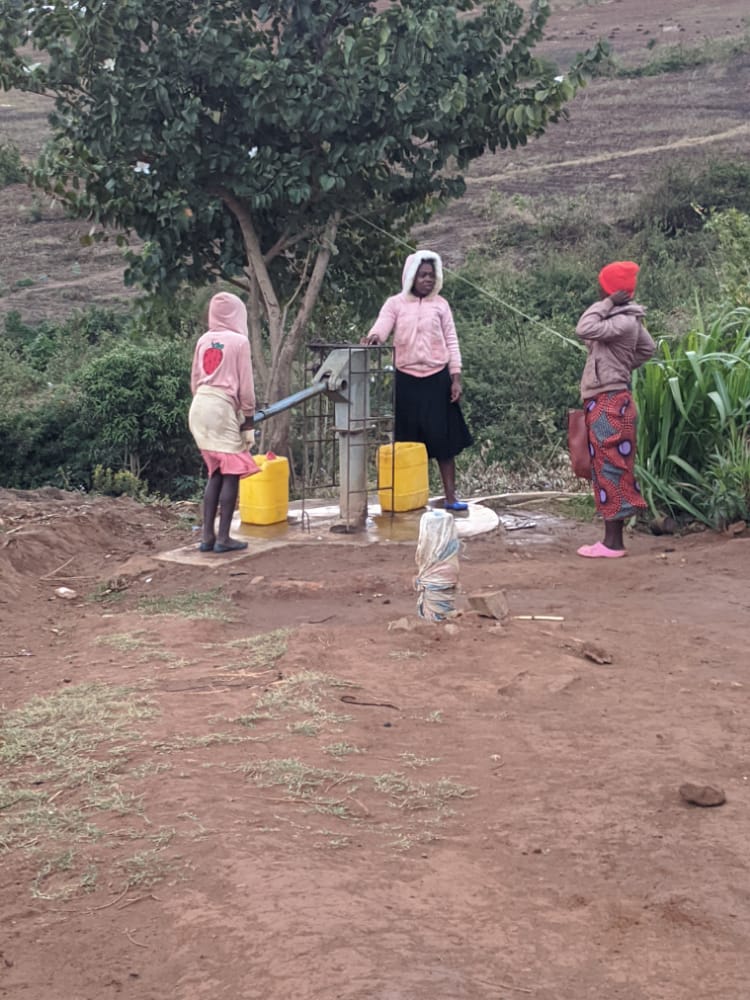 The borehole is a secondary source of income to the family 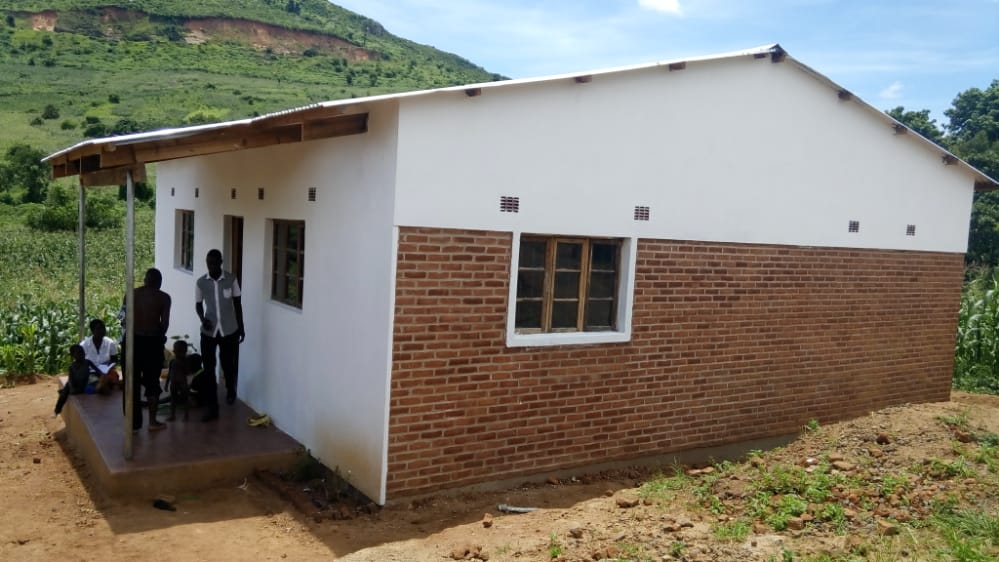 No more noise during the day! 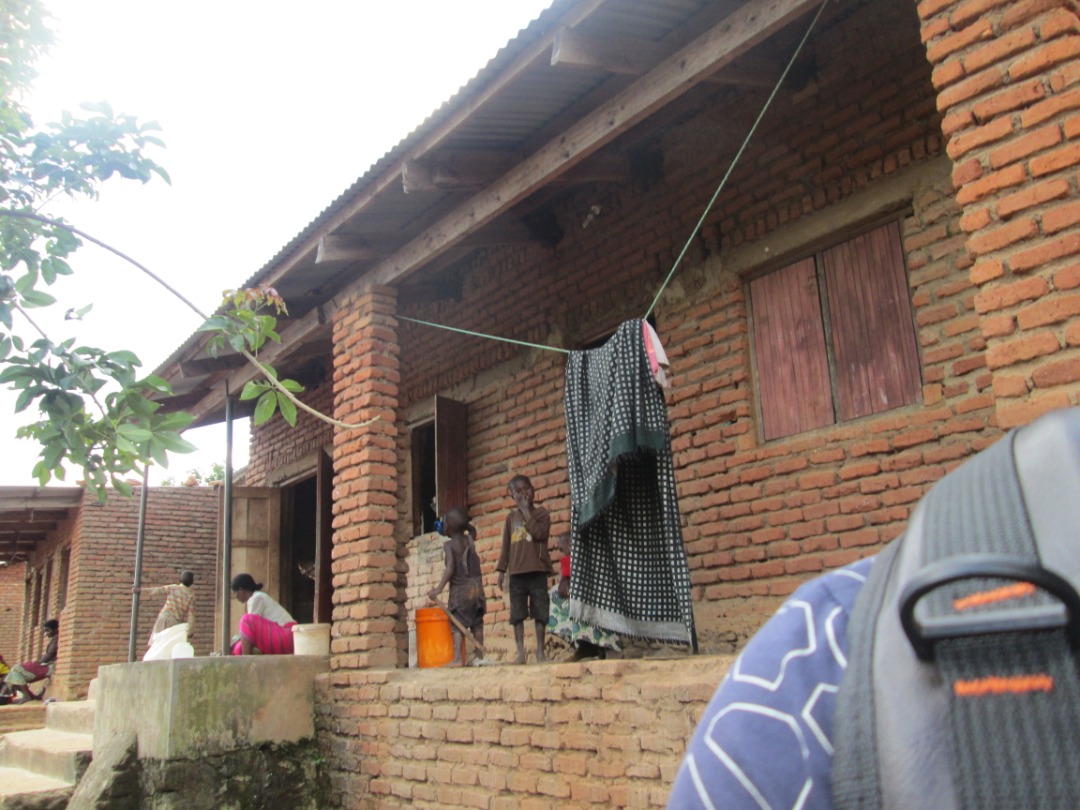 Paliza was happy to see his sons' going further with school, this gave him hope that they will have a brighter future and someday be able to be independent and look after their siblings. But still he had a huge responsibility in his hands, the biggest challenge was paying rent, which would cost not lesser than K10,000. Moving from one house to another was not an unusual thing for the Husseins, they had met impatient landlords who would not only chase them out of their houses but insult them too. Paliza had no any hope of owning his own house or renting a decent home, what mattered most was for his family to sleep in a covered building, he only had to endure and keep on looking after his family, his wife Jane, would fetch some piece works to help feeding the children but that was not enough to reliably sustain them. 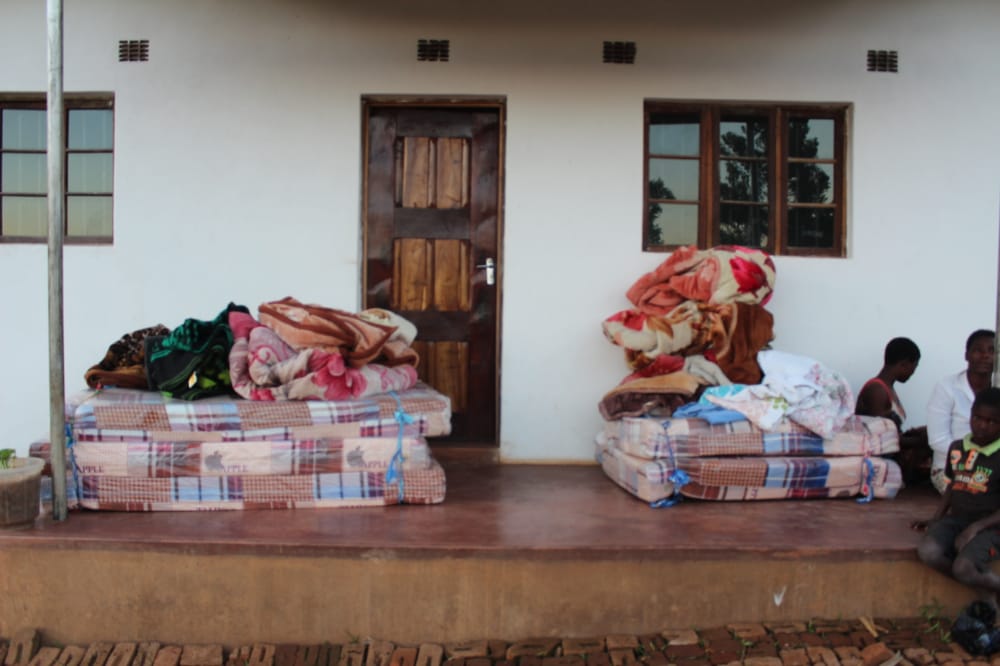 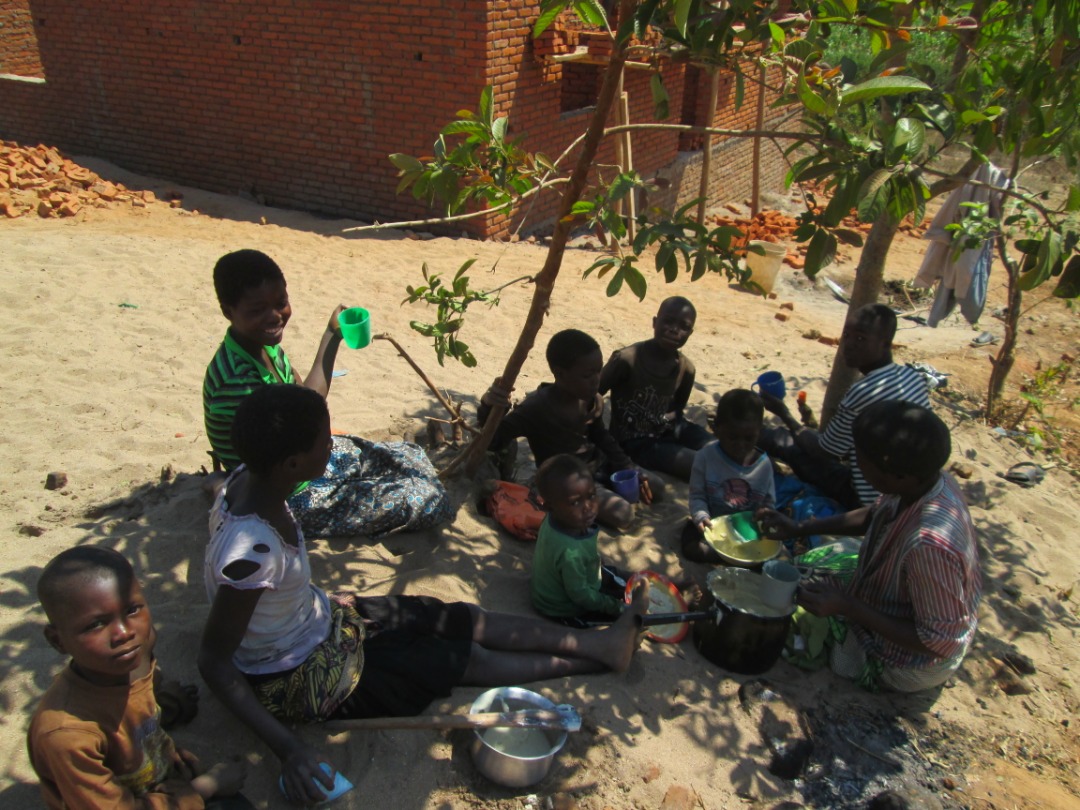 In 2016, when the Kubiks visited Malawi, they had to personally meet LifeNets' beneficiaries and church members. Through the conversation they had with Paliza, his  wife and their two eldest sons, the Kubiks had compassion towards this family that when they had returned to America they decided to help Paliza and his family by buying them land so that they could be growing some crops. Upon considering the condition of the house the Husseins were living in, the decision was made that on this land there shall be built a house and the remaining space be used for farming.

The Husseins (a family of 12) was sleeping in a one bedroom house which was not only small but semi detached with a maize meal. Unlike other previous houses the owner of this house had compassion towards the family that he allowed them to be paying rent in installments, at times even staying 2 months without chasing or  insulting them. During the day the boys could not study at home because of the noise of the maize meal, at night the twins (13 year old girls) would share the room with their parents and other the youngest brother, the rest of the boys shared the sitting room. The entire house had only one old and torn mattress with not single furniture, just a few kitchen utensils. 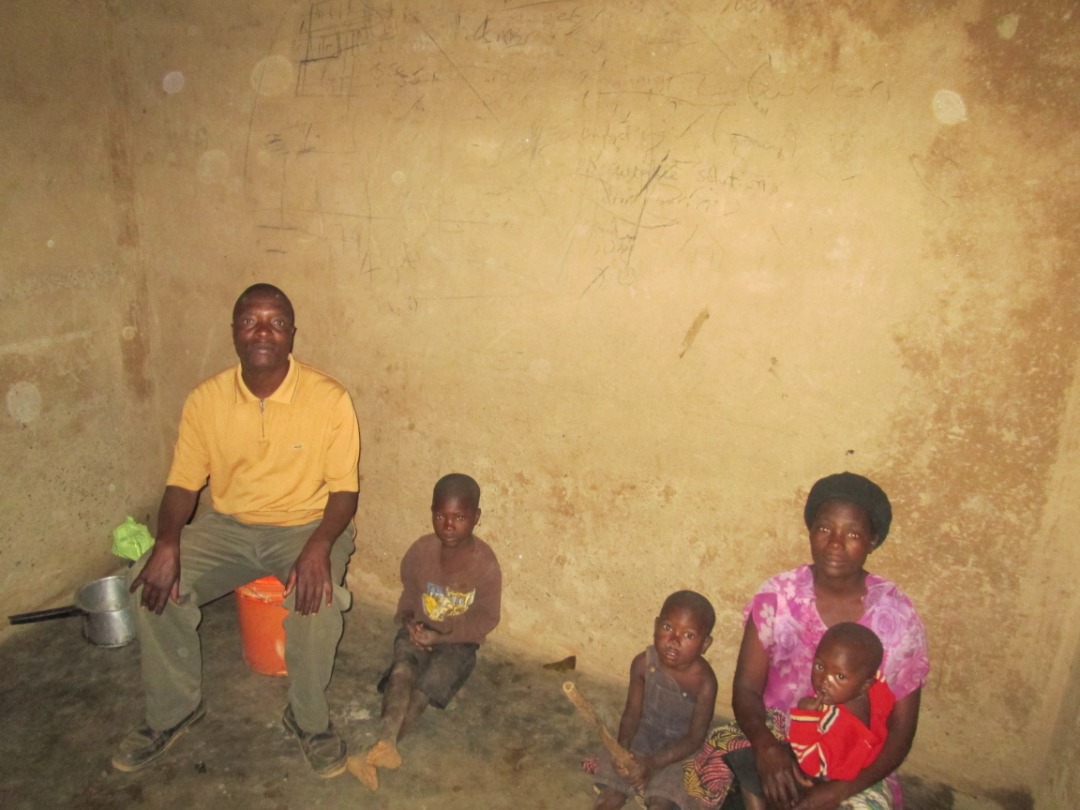 Mr and Mrs Hussein with three of their youngest sons in the old living room. 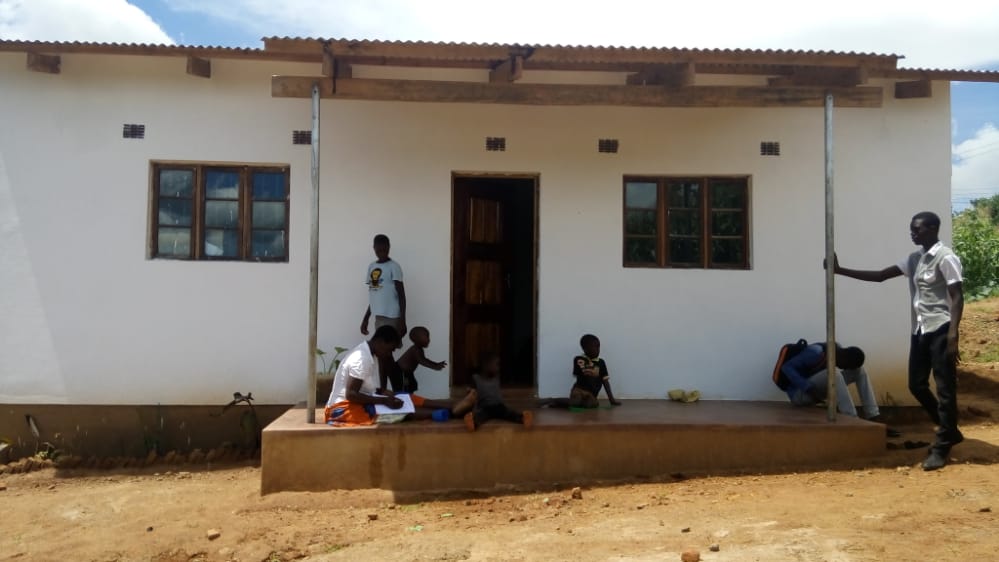 No more problems with the landlord 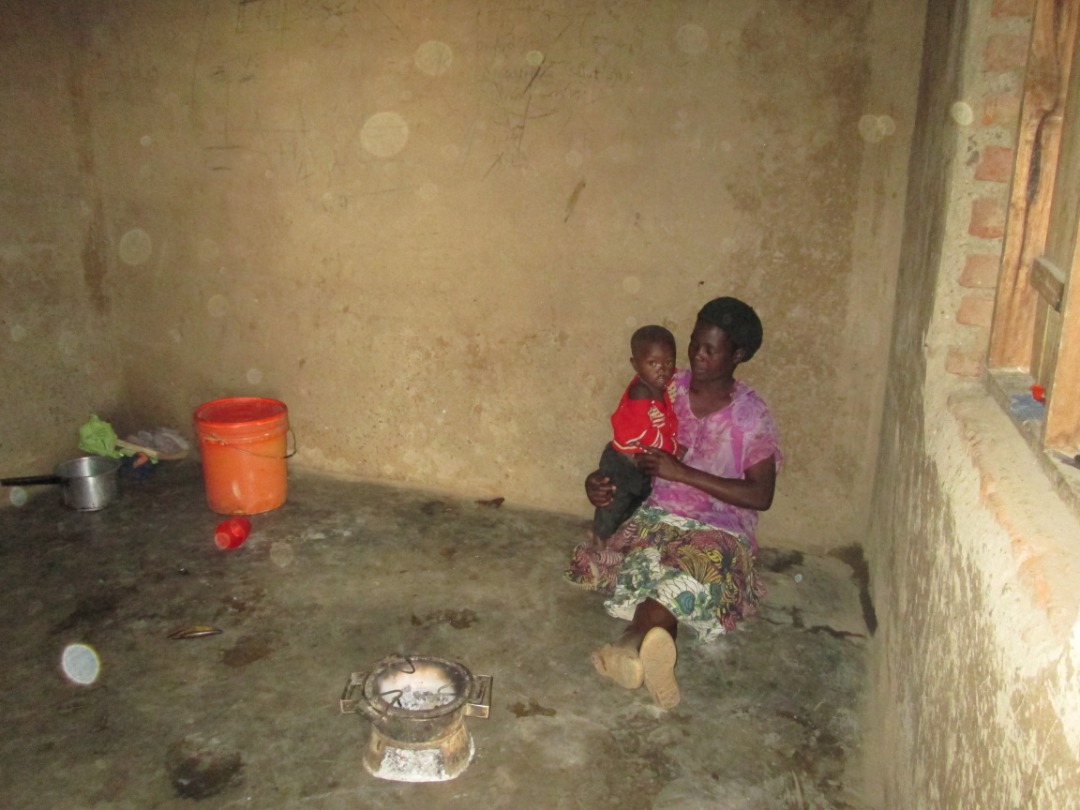 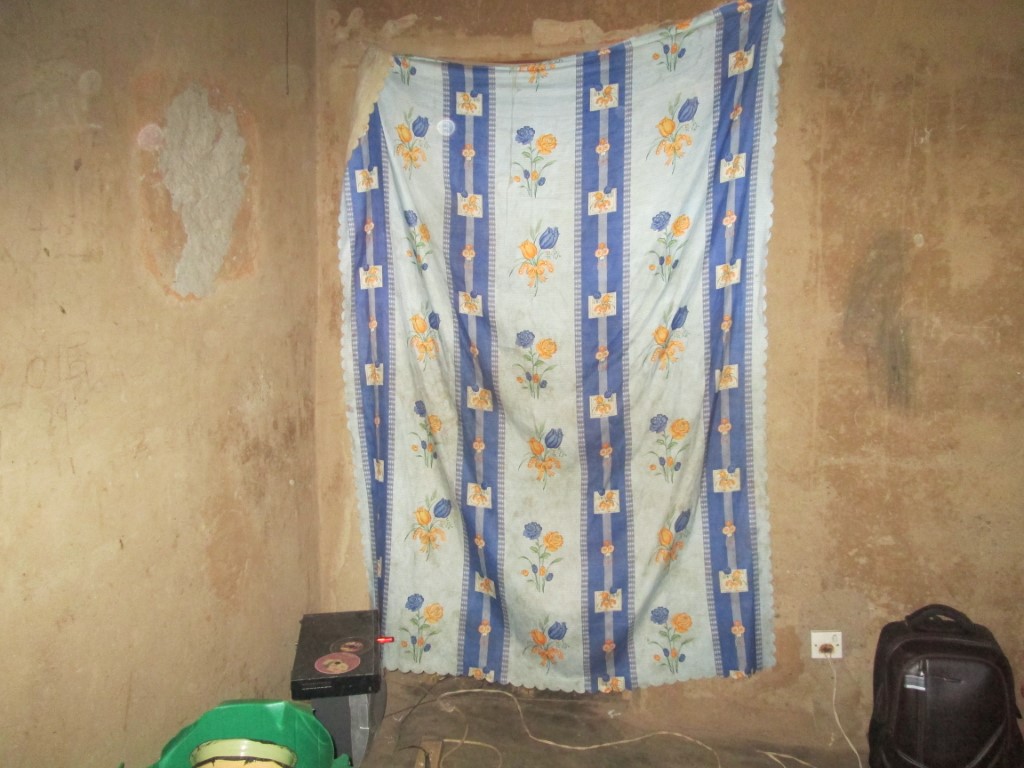 The project started and the entire family was super excited about it, during the day they all spent time at the project site, helping build the house by any means they could manage, the family could not wait for the house to be completed, they moved in before the house had a roof on it, because rent was overdue at the other house and they feared falling into a huge debt and disappoint their kind landlord by not paying it. 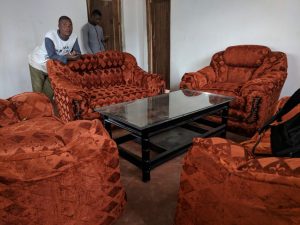 A once empty living room

Other than building the house additional support came in from LifeNets by buying the family beddings, mattresses and chairs.

A reliable source of income

The money spent on rent was saved but still not enough to provide the family with three meals a day, even buying safe water was not possible, during the rain season they used buckets to catch water falling from the iron sheets but in the dry season they would part of the already insufficient income to buy water.

Once again LifeNets came to the rescue by drilling a borehole within the compound, now surrounding villagers go to the Hussein's compound to buy water.

The two eldest sons are now in technical schools and already using their gained skill to help provide food to the family whenever they are hired to work. One boy is studying motor vehicle mechanics and the other plumbing. They were all supposed to finish their studies this year if schools were still open.

LifeNets also helped Paliza achieve his goal of learning how to drive and have a driving licence in hope that he will secure a job as a driver which pays better than being a guard. (He is still looking for an opportunity to be employed as a driver)

"It was not even in our dreams, we had no hope but now we know God loves us and used LifeNets to give us hope" says Paliza and Agness.

Habitat, Malawi
« Malawi Irrigation Pump Changing of the Guard of LifeNets in Australia »