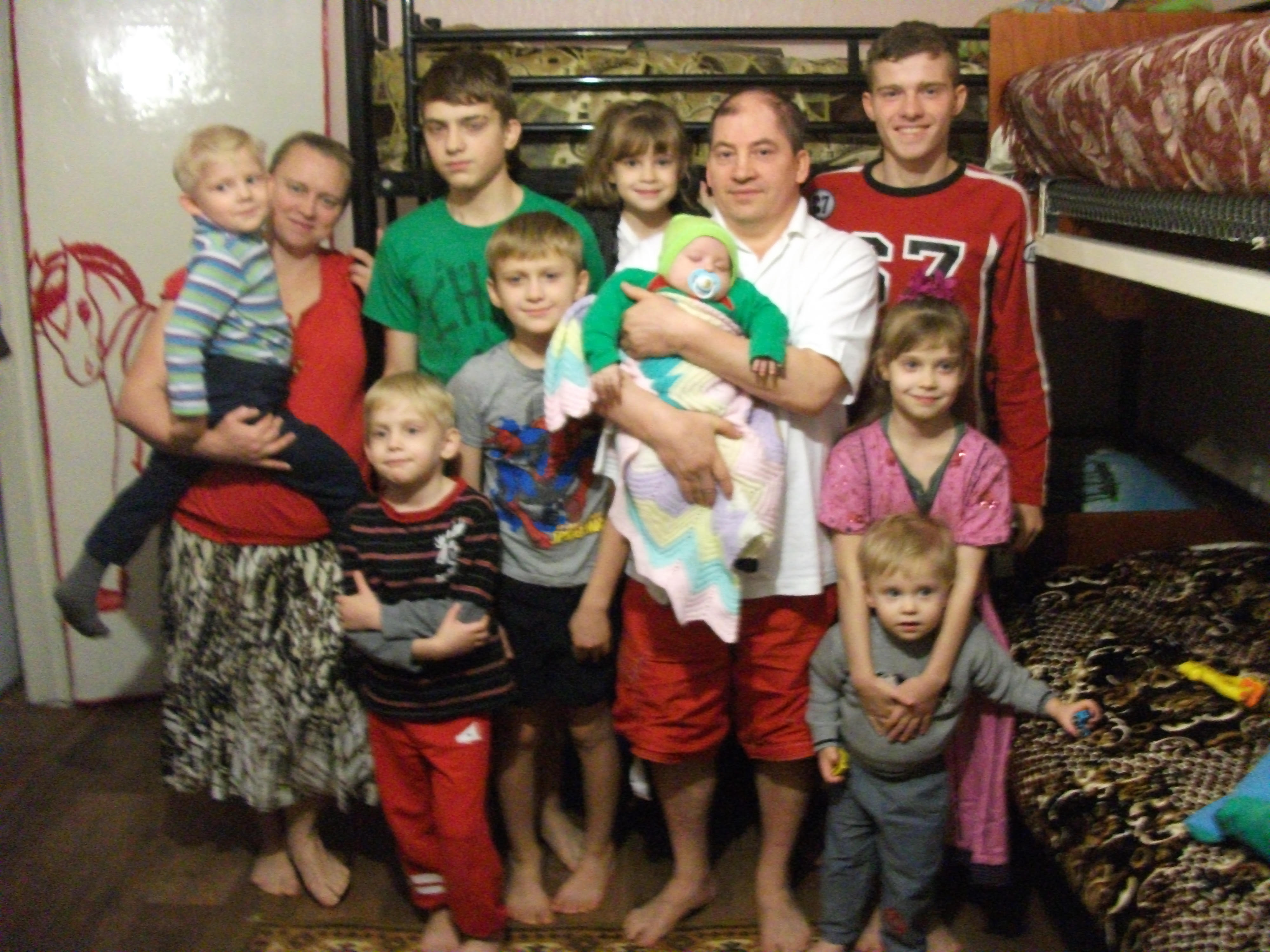 LifeNets chooses to help people who are in deep poverty and have suffered additional misfortune.  We are helping this family of 12 in Ukraine who has 10 children and live in two rooms.

Their father, Tolik, had a growth on his brain that caused the loss of use of one arm and one leg. He needed an operation to remove the growth, but the family was unable to have any resources towards the operation. The doctors declared that the operation prognosis was good.  Along with Felstad Aid in the United Kingdom (with whom we work in Chernobyl area). Alan and Pauline Hilliar who operate this charity. LifeNets contributed towards the operation that was done in late January 2018.  Alan and Pauline personally know this loving family and have organized the drive to help them.