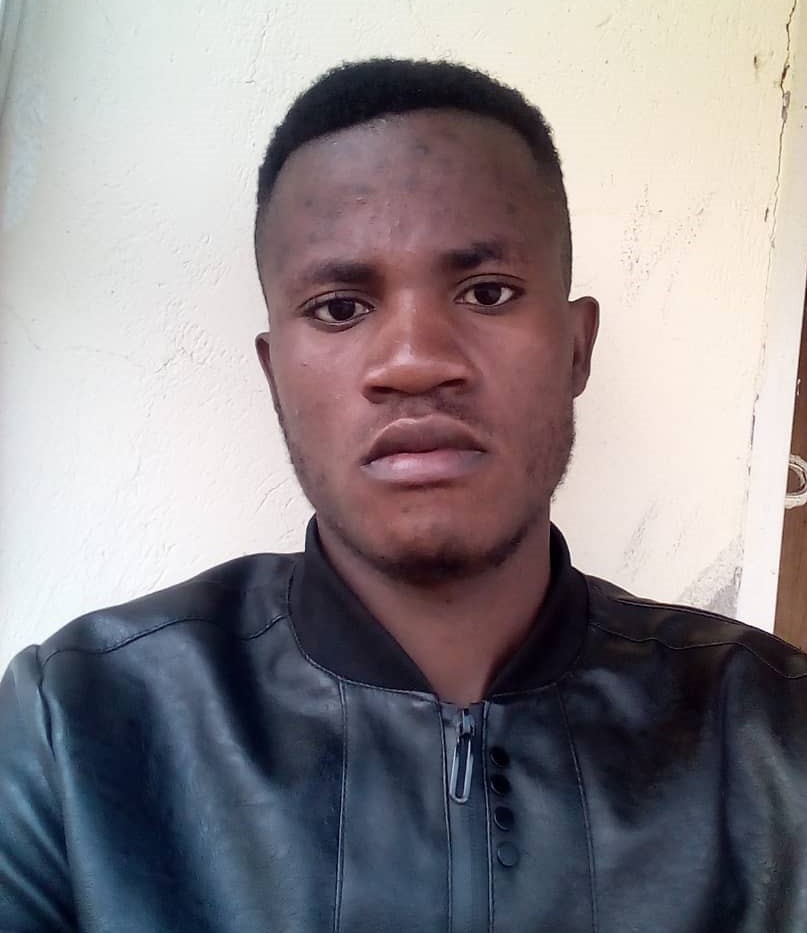 Christopher was born on 28 October 1997 and he started Grade One in 2007.  His father died when he was in Grade 5 in 2011 and after that he was then sponsored by LifeNets.  (His father, Geoffrey Mumba, was the first person to join United together with Derrick and Cherry Pringle.)  Christopher completed his education in 2018 and in March 2019 he started working for Active Agencies (Pringle’s security business).  He is still with Active Agencies but his goal is to do Auto Engineering.

I asked him what year he started attending UCG.  He said he could not remember as he was young and just found himself there.

Thanks to his mother for her diligence.  She is a faithful member and from her little bit of farming she is faithful with her tithes.  When her husband died, the rest of the family stripped her of everything including pots and blankets.  Life has been difficult for the family but Christopher states that since he has been working he has become like a pillar of the family.  He has bought his mother a small plot  and facilities to open a small shop in order for her to support the rest of the family.  Christopher states that he is changing things bit by bit with the little he has.

This young man is greatly to be admired.  He is a hard worker and can be relied on.  On his very first day at work, (they work on a Mine here), he told his boss (our Manager) that they should first pray.  Since then, Christopher prays for them every morning before work.