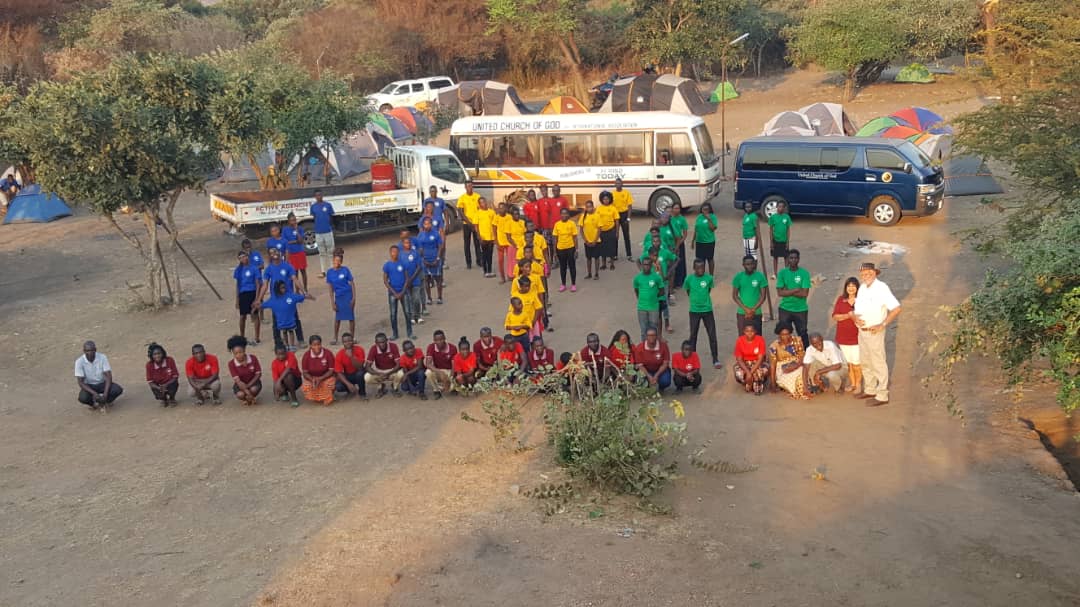 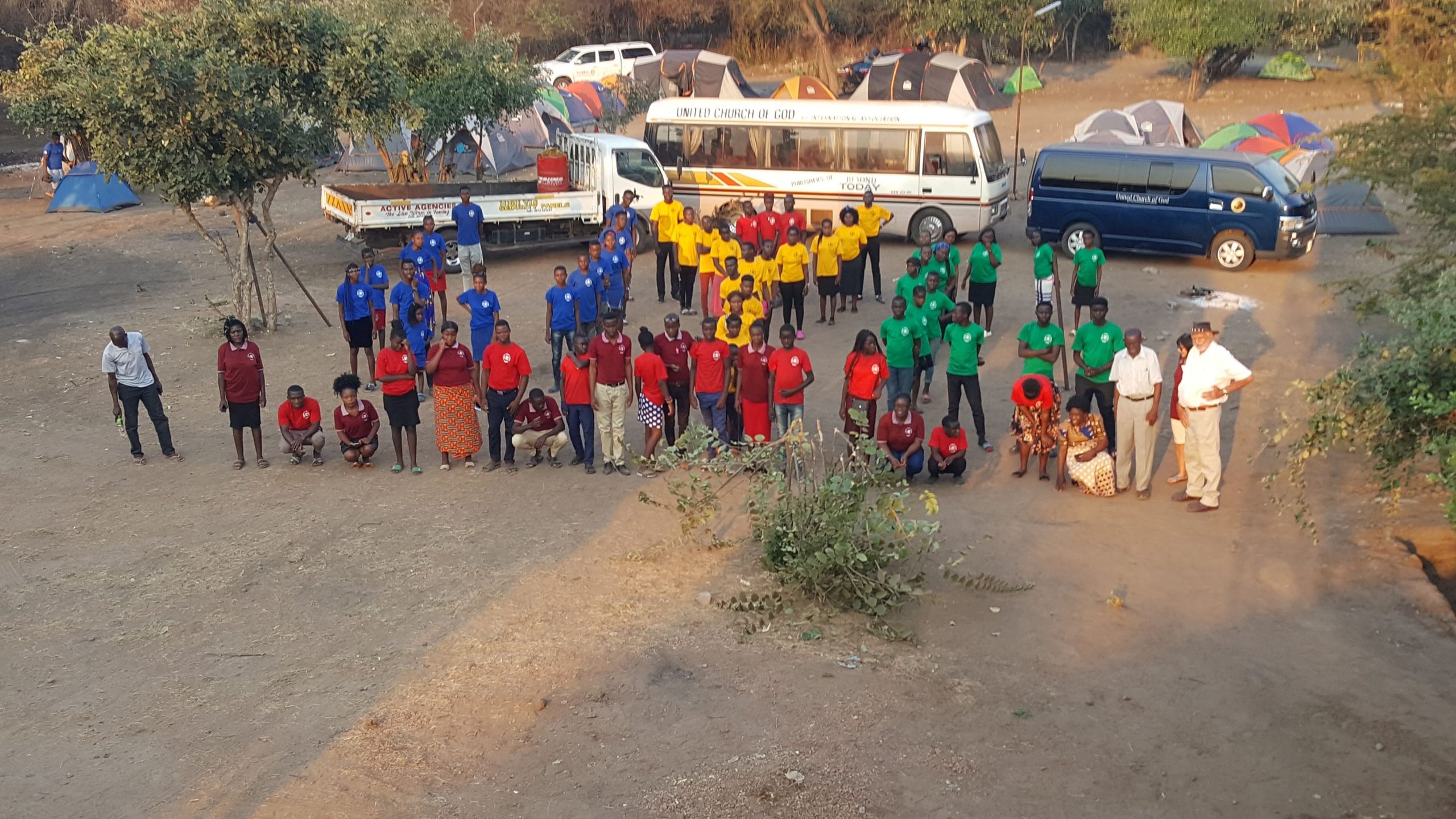 Here is a report from our UCG/UYC camp in Zambia held August 21-28, 2021 at the confluence of the Zambezi and Luangwa rivers.  The first report is by Filius Jere of Chipta and the second one by Rodrick Epomba of Solwezi and Derrick Pringle of Kitwe.

Three regions of Zambia pooled United Youth Camp resources together for the youths to have a very enjoyable outing on the Zambezi River, just above its confluence with its biggest tributary, the Luangwa River.

The theme of the camp was “Be Like Our Heavenly Father” and all activities and learning approaches were based on Love and how the youths could strive to live lives of love for God and humanity.

The venue of the camp was at Red Cliff lodge on the very brinks of the river. Campers arrived on Sunday, 21 August 2021 for the weeklong event that culminated in the Sabbath with decamping on 28 August 2021. 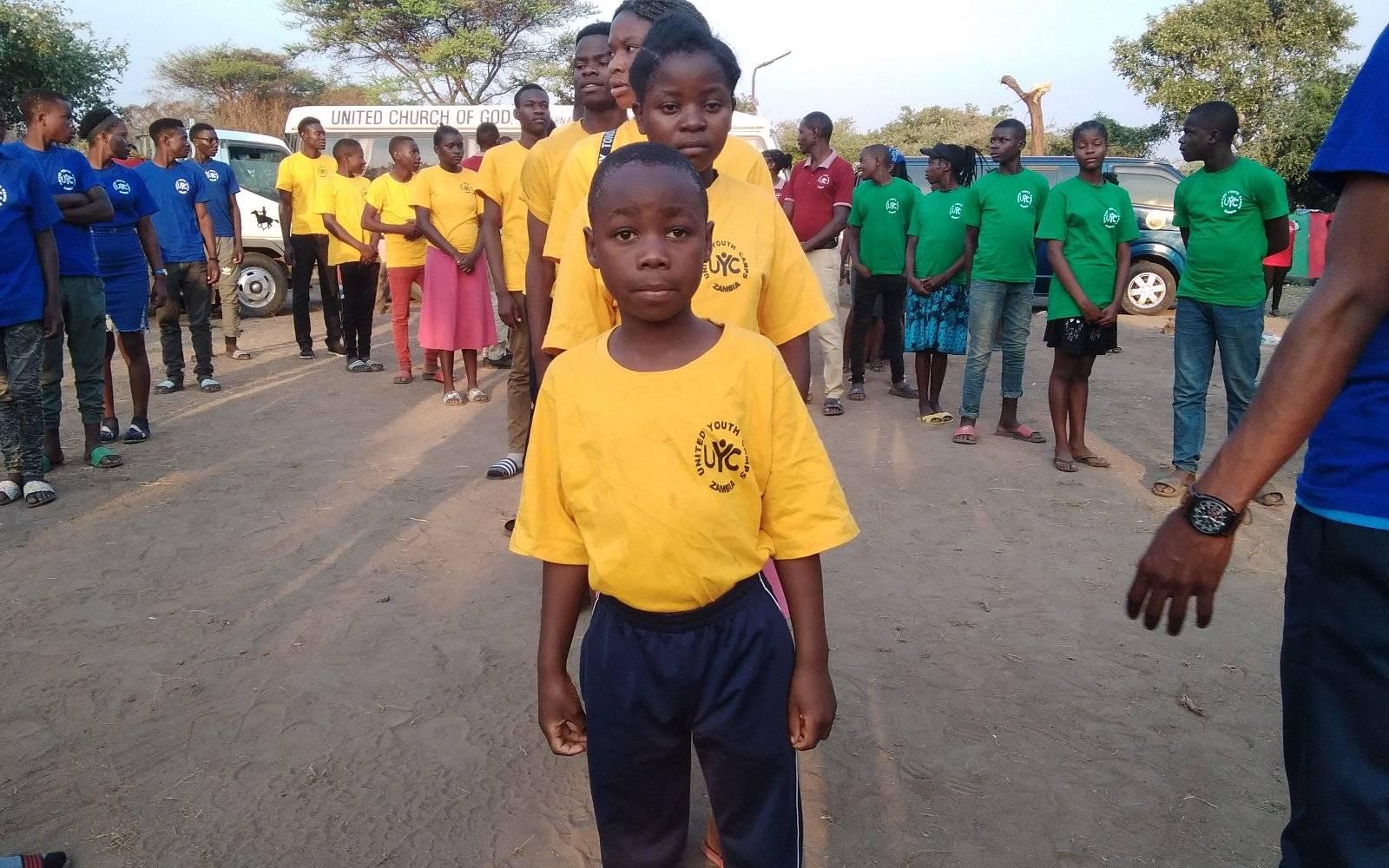 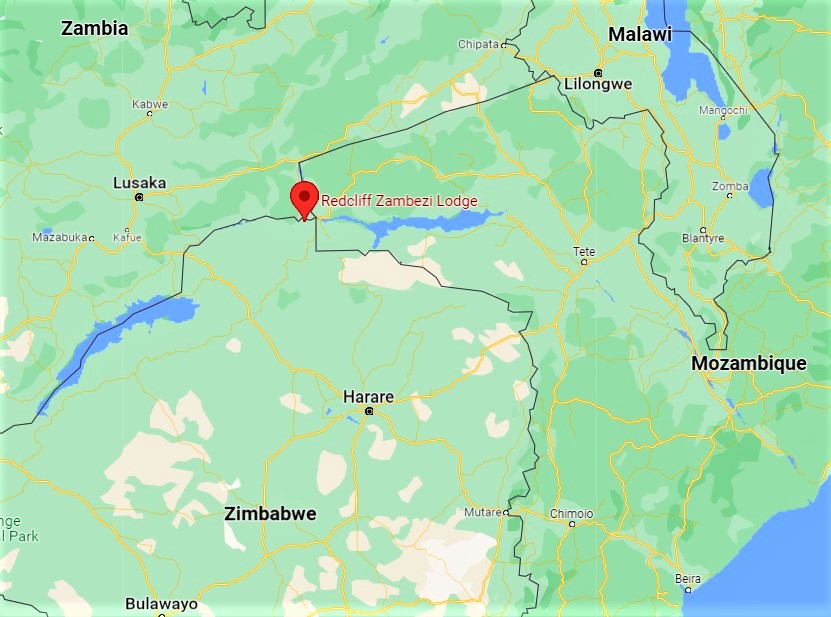 Deacon Rodrick Epomba mobilized thirty-six youths from the North-western Province of Zambia and traveled to Kitwe to celebrate the Sabbath in Mufulira where Pastor Derrick Pringle had organized more youth for the camp.

The following day, everyone traveled 661 kilometers to the venue of the camp meeting. This resulted in the farthest-placed group traveling 1,030 kilometers altogether.

On the other hand, Filius and Chosiwe organized twenty youths from the Eastern Province and traveled 300 kilometers to the camp. The road from both areas was relatively good. However, the last lap was a vengeful fourteen kilometers over hills and ravines that took almost two hours and two bus breakdowns before arrival at the campsite late at night. That was an indicator of the adventures in waiting for the campers.

The outing was under the supervision of Derrick Pringle and his wife Cherry from Kitwe on the Copperbelt, Deacon Rodrick Epomba from the North-western Province and Filius and Chosiwe from the Eastern Province. To help them were five officers and nine staff from among the youths. 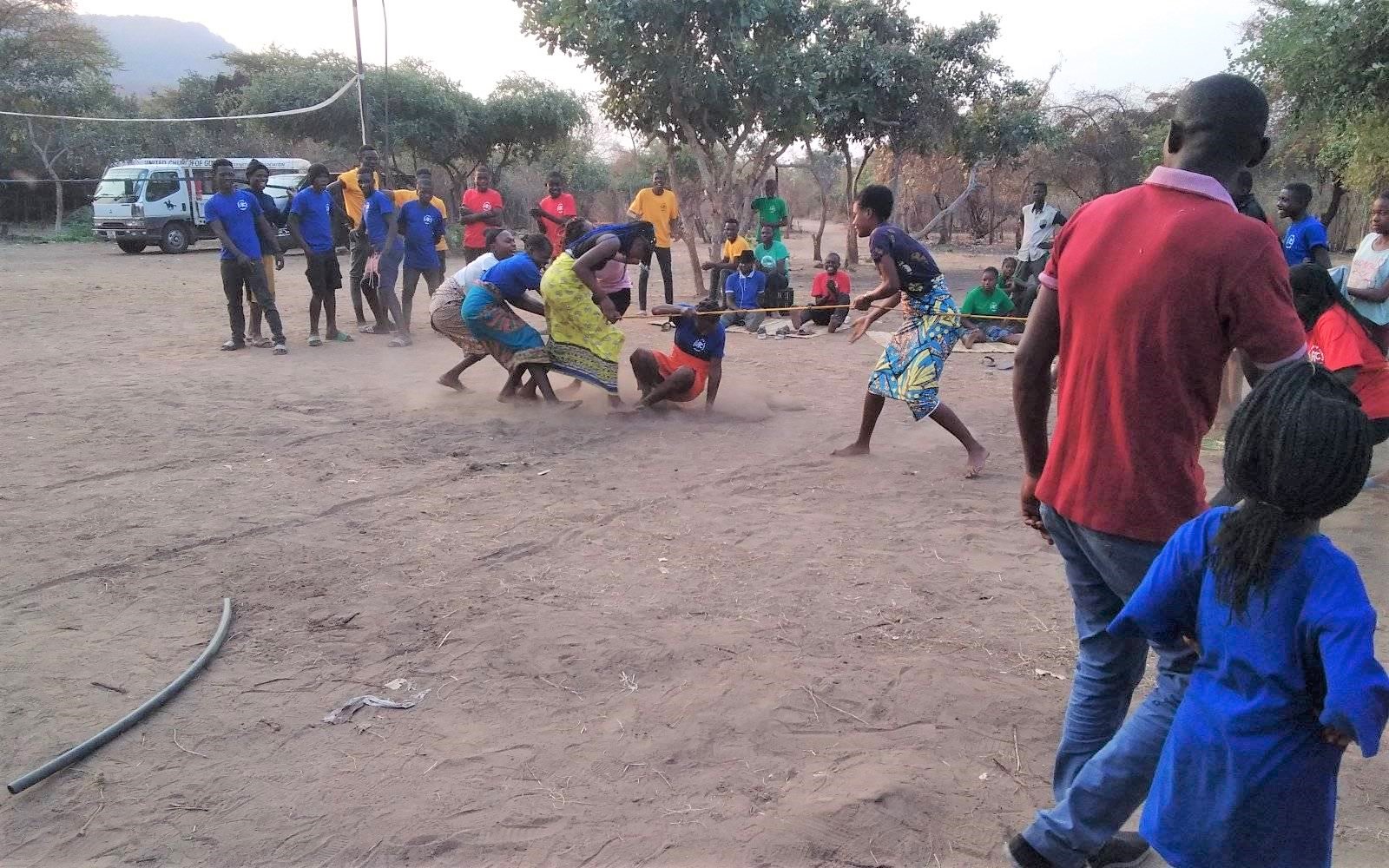 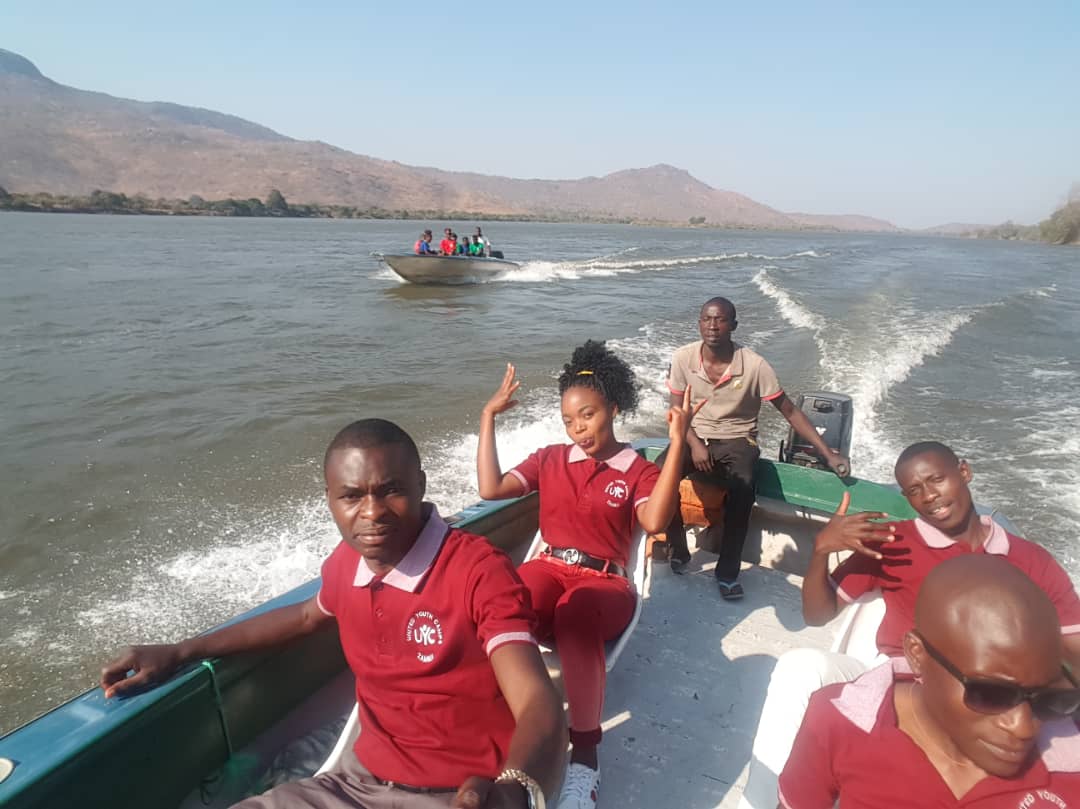 As a Christian gathering, love and piety were the hallmarks of the camp. In line with the theme, every day had a lesson on Christian Living. However, the campers also enjoyed many other activities aimed to benefit them. Of particular note was climate-smart living which saw the youths on a wildlife outing under the tutelage of three wildlife scouts, learning about the importance of wildlife and nature in general and survival skills in the wild.

The campers also enjoyed boat rides on the river Zambezi River with the wildlife scouts teaching them how to catch fish using simple methods. Derrick, however, had a fishing rod and caught a tiger fish half his height.

Evenings were taken over with Bible quizzes which exposed the high level of Bible knowledge among the youths. To spice up all this were various games, including basketball and tug-‘o’-war.

Everything was so exciting that the camp days rolled by almost unnoticed and only the Sabbath announced that the last day.

All in all, UYC-2021 was so successful that many participants wished it could be like this every year. However, the whole event was costly and might not have been possible without the huge financial support from Home Office and its various support wings. To them we say thank you endlessly. 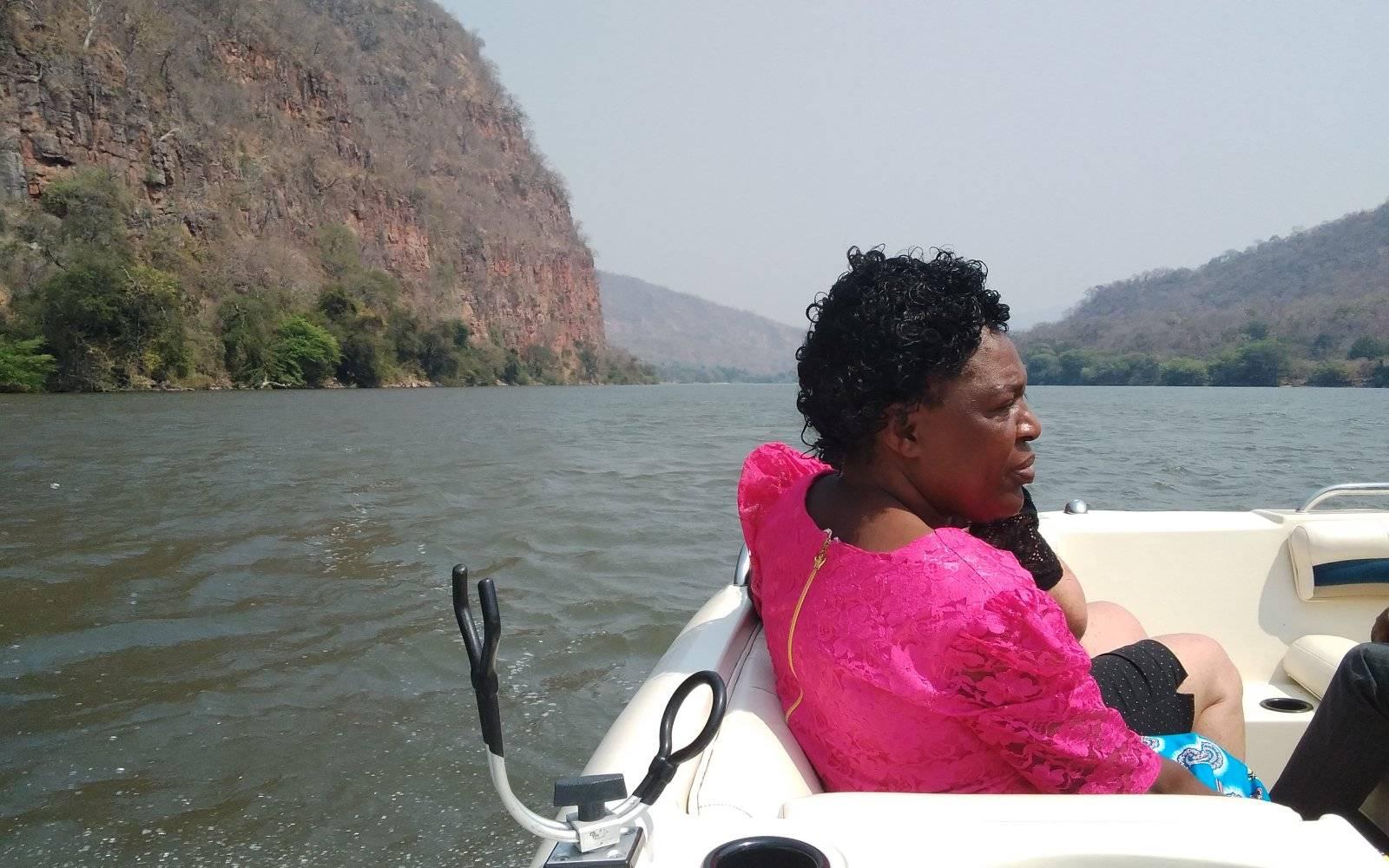 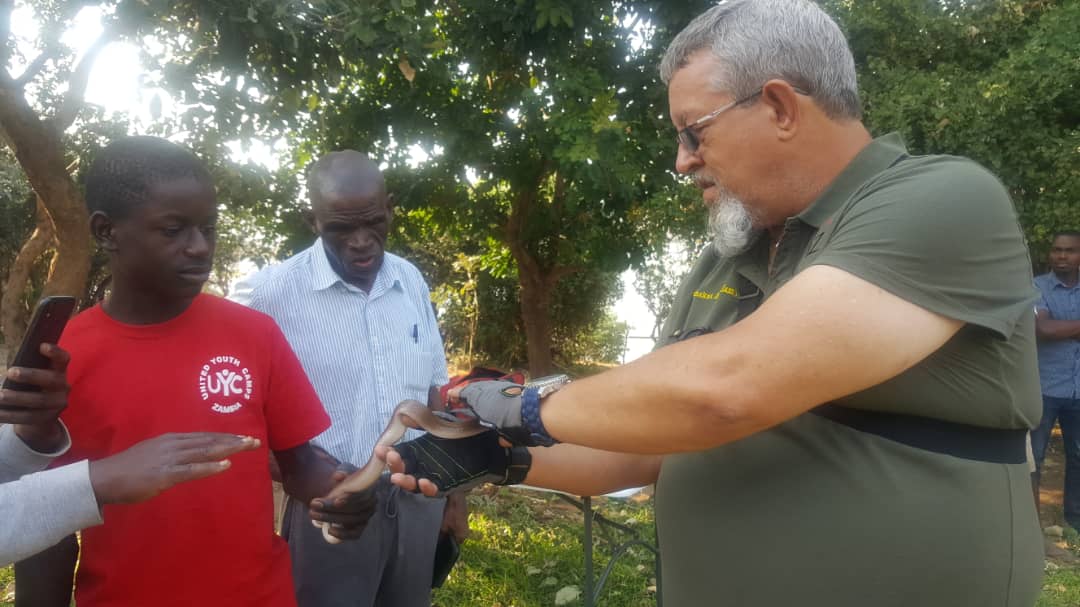 UYC Youth Camp in Zambia in the Copperbelt, Northwestern and Eastern Provinces.

The 2021 youth camp which was held from 22nd to 29th August 2021.at Redcliffe lodge by the Zambia, Zimbabwe borders under the theme "Be Like Our Heavenly Father" saw about 74 people coming from three regions of Zambia namely North Western (38), Copperbelt (16) and Eastern (22) with a total round trip mileage of some 2,492kms, all with one goal to learn the word of God and share beautiful moments of love and unity and creation of friendships as we can put it. 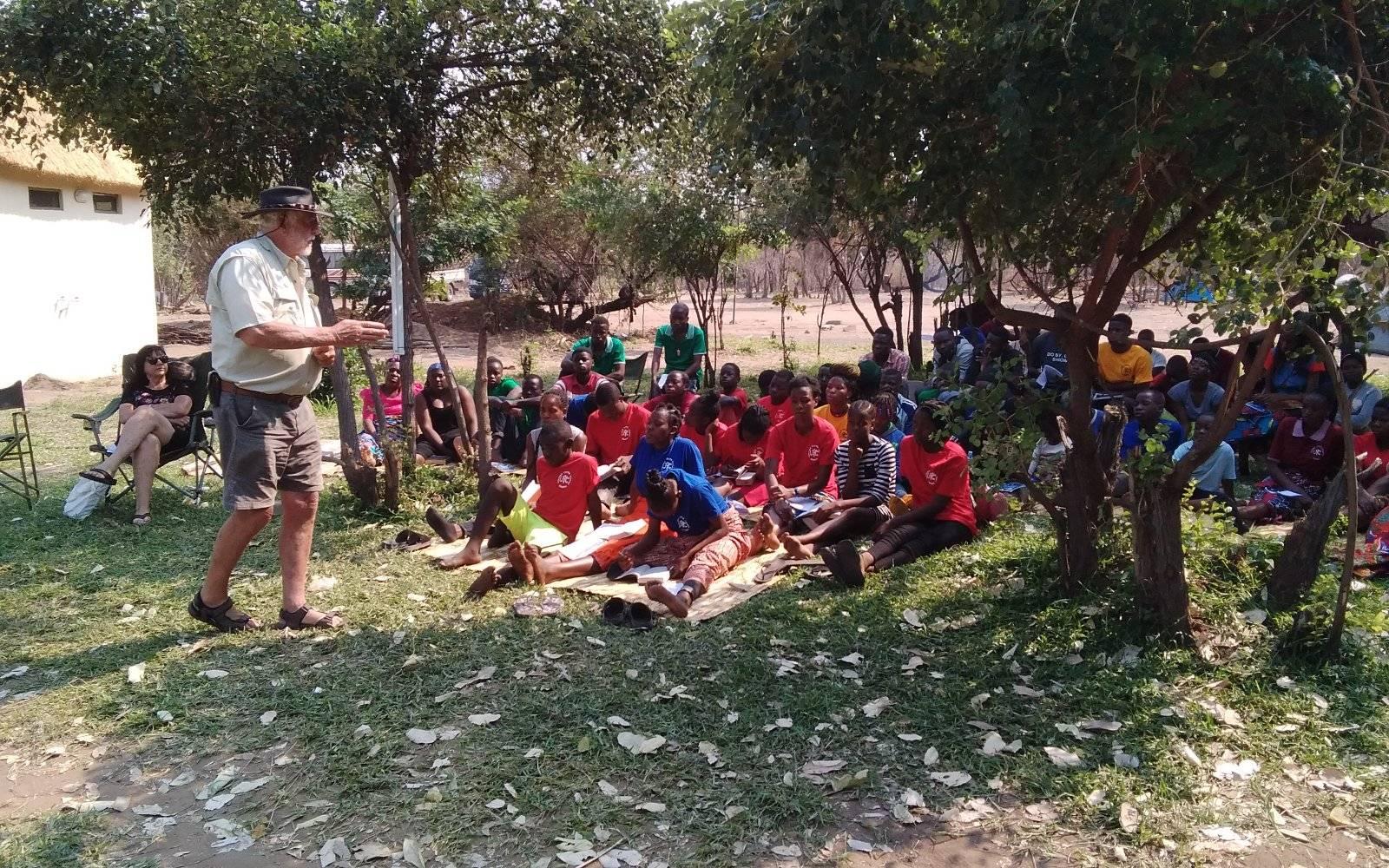 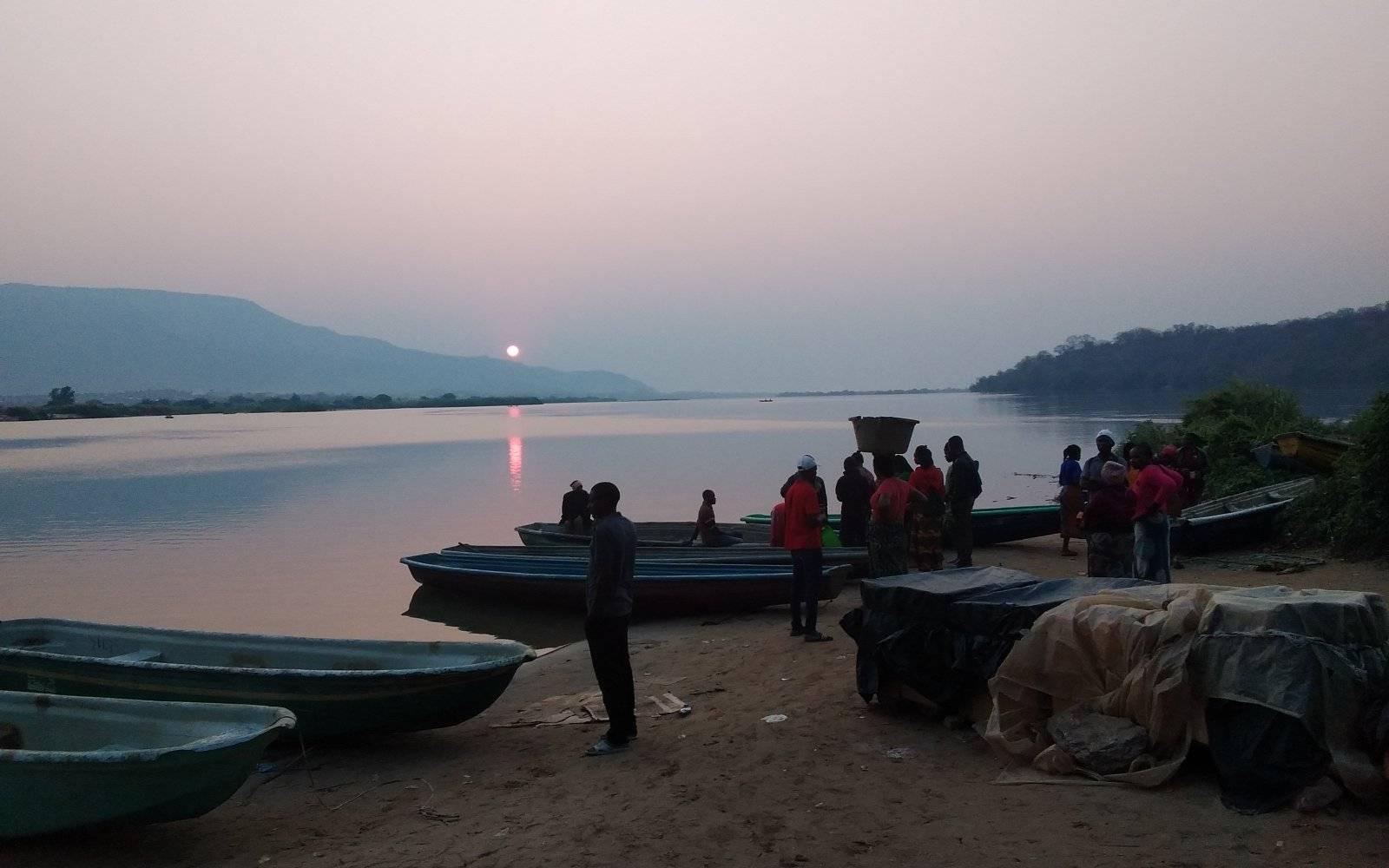 This was so nice seeing campers sharing good times together once more again as they recalled on what used to happen in the previous years. Lessons on Christian living under the stipulated theme above with men from Zambia National Parks giving daily lectures on bush craft and survival methods, snake lecture by two men who traveled up from Lusaka (700km round trip) on venomous and non-venomous snakes which were enhanced by live snakes. and boat rides on the mighty Zambezi River and seeing the highest mountains in Zambia and Zimbabwe was such an amazing thing, games and so many activities made the one week program seem to be a short time.

At the end of the seven-day program, awards were given to deserving campers who emerged as Best Campers, Campers Choice, Most Disciplined, Most Helpful, and those good in Sports this was all just to motivate our campers to do even more than that.

This years camp can be said as a special and unique camp as youths traveled long distances as one way of exploring the country and seeing so many wild animals just to mention hippos, Elephants which were seen approaching the camp and also on nature walks, Crocodiles, Hare and Baboon's etc. Plus many activities that took place while in camp. 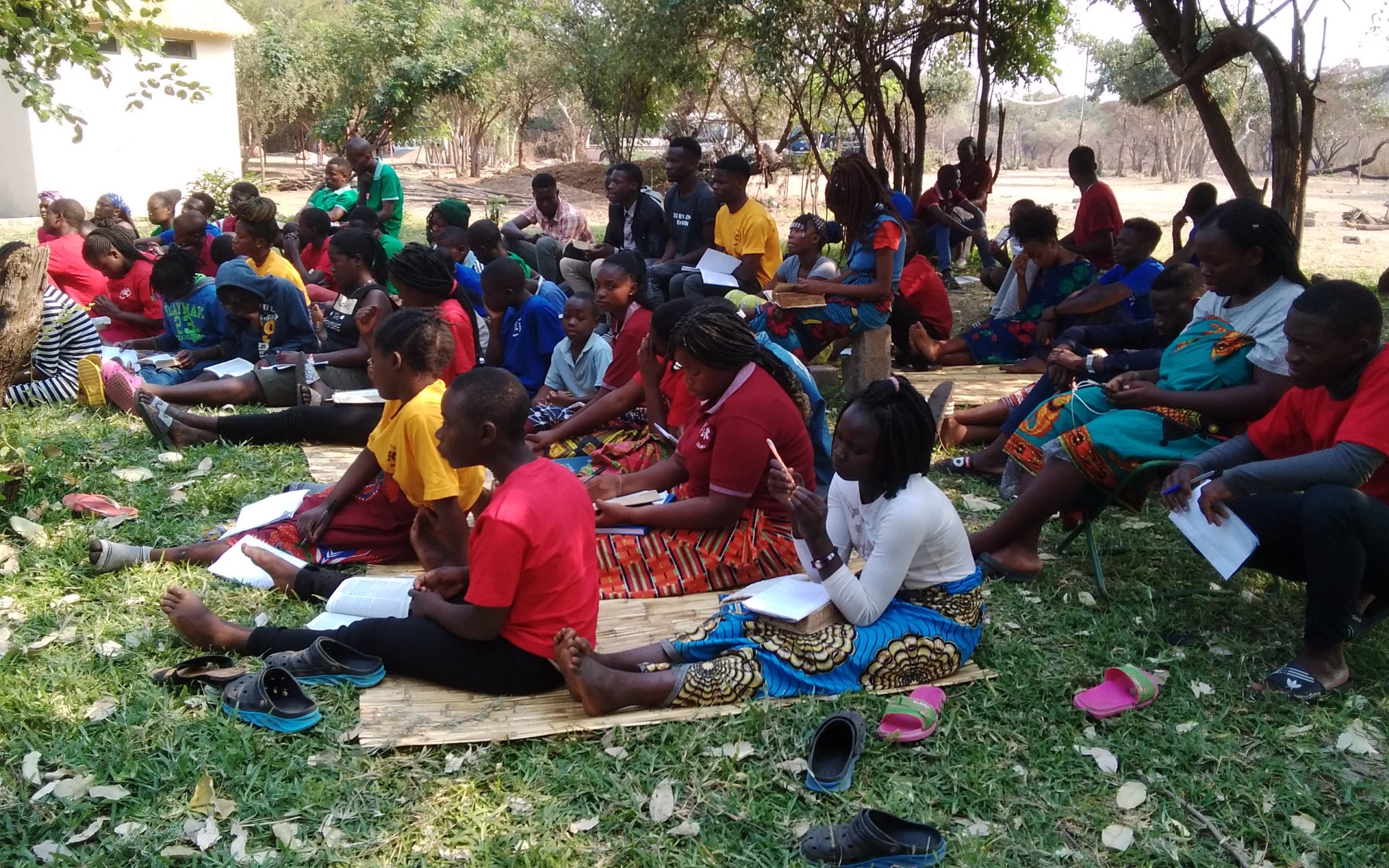 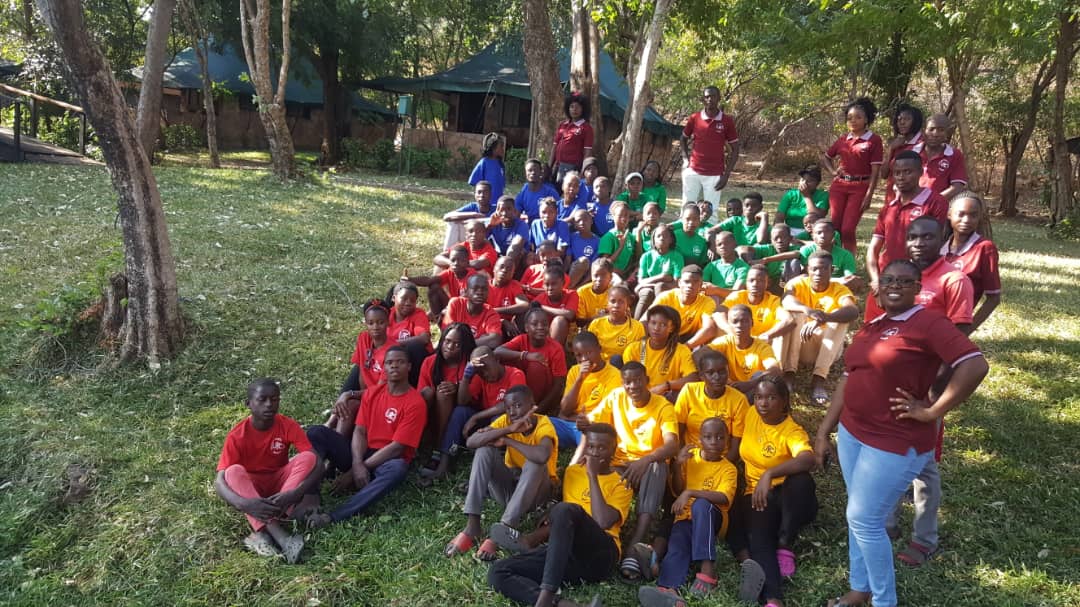 The main speakers were Derrick Pringle, Fillius Jere, and Rodrick Epomba. we also had other camp staff that helped in timekeeping, sports, and many more all these people worked hard to see to it that camp was perfect and joyful.

Our endless and joyous appreciation goes to our Creator in Heaven for making everything possible. to all those who took the time to pray for us while in camp and those who supported us financially and in any other way. God bless you. We wish you all a happy Feast of Tabernacles.