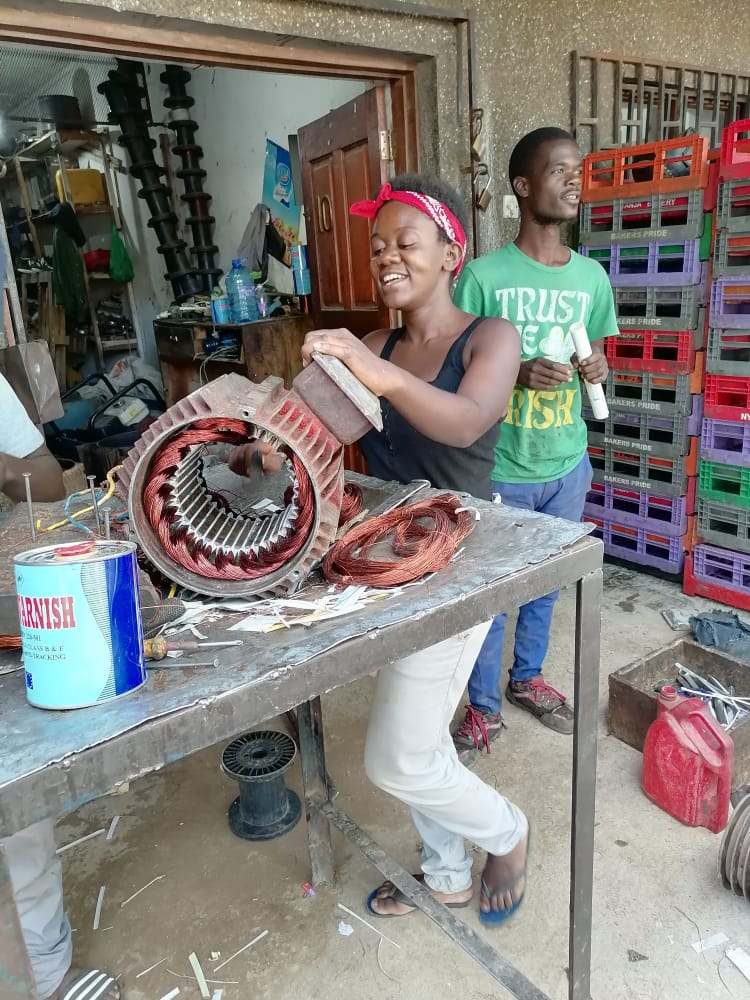 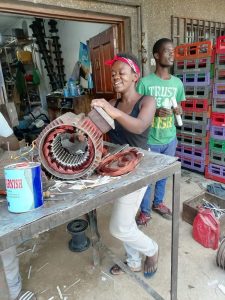 Tinyade rewinding on a motor

A few days ago I met Tinyade Chonde (one of the students under LifeNets Scholarship). Out of curiosity, I happened to ask her why she chose to go for a career that is heavily dominated by men and assumed as tough by the majority who have once studied it or have knowledge of it (In case you do not have the record of the current students at hand, Tinyade is studying Electrical and Electronics Engineering and she is expected to obtain her Advanced Diploma mid-2022).

Through her reply, I came to know that, to her, LifeNets' support came as an answered prayer and at the right time for she was on the verge of quitting her studies. At that time she only had a certificate in Electrical Installation and due to financial challenges, she couldn't go and start Diploma let alone think of going further to an Advanced Diploma level. Thanks to LifeNets' support she now sees herself as an electric and electronics engineer.

During the year 2020 and early 2021, she had an opportunity to work for a certain firm where her area of expertise was rewinding burnt motors leaving them as good as new "so she said".  "There is nothing more exciting than seeing something broken or dead working again" added Tinyade.

At the time she enrolled for this course, there were a total of 3 girls out of 48 students in her class but now she is the only girl in the class even the number of boys dropped with some being left behind because they failed a number of subjects which they had to repeat and some opting to go for different careers. almost three years later the class now has less than 20 students. But this does not discourage Tinyade but rather give her confidence and zeal to work harder.

I asked her to put her story in writing so I can share it and here is what she wrote.

"Ever since I was young. I was told that I would always break things just like a boy would do, especially toys. Years later when it was time to choose the right career my parents were not surprised when I told them I want to go for a hands on career. And with financial support from my father I obtained a certificate in Electrical installation but my heart yearned to go further than that, Electrical and Electronics Engineering course was my goal. 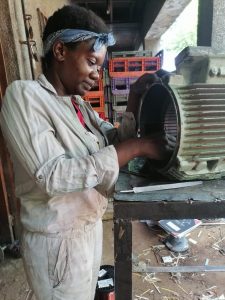 Without hesitation, I started my journey to being Electrical and Electronics Engineer. Amidst my pursuit for this goal I could see my dreams being shuttered as my father could no longer afford to pay for my studies, it was certain that I was to stop studying. With faith and hope I applied for LifeNets scholarship and fortunately it was timely approved.

"I am very thankful to LifeNets for the support given, I already consider myself as an engineer.  It is a very challenging course that’s dominated by men yet I am now about to finish my Advanced Diploma in Electrical and Electronics Engineering. My plan is to go for Bachelor’s Degree after completing this level.

"A heartfelt thanks to all who make LifeNets scholarships possible

Psalms 9:1 I will give thanks to you Lord, with all my heart

Attached are some of the pictures showing Tinyade rewinding burnt motors at the time she was doing attachments when schools were closed. 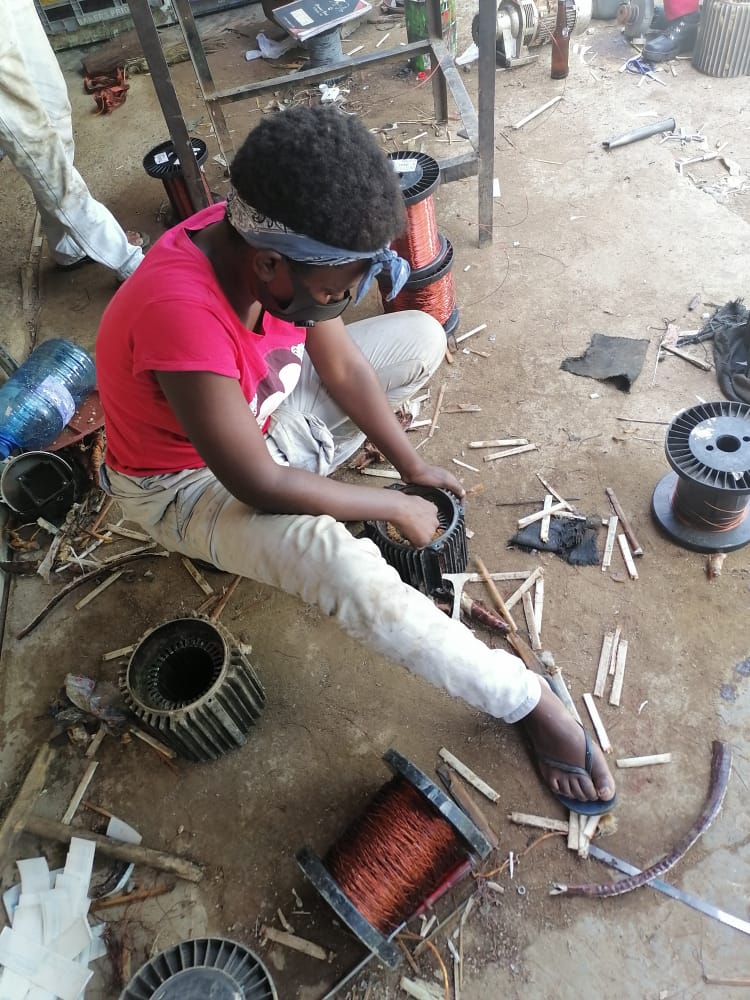 Rewinding a motor is a process that requires patience and focus 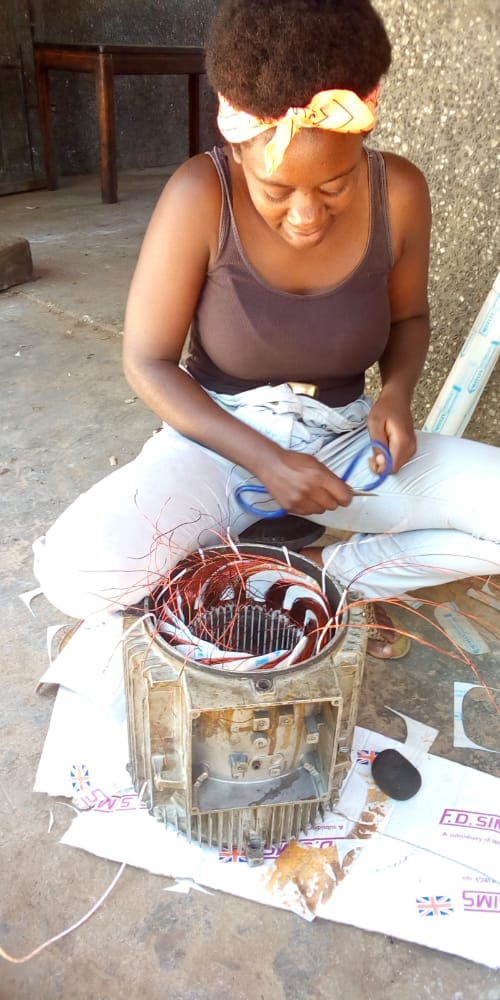 Smiley Tinyade doing what she has now mastered