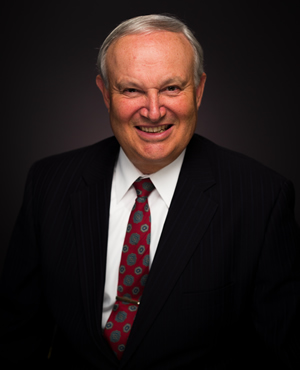 News and Updates for the Garden Grove, California Church
July 4, 2019

Happy 4th of July! Wish we were there for we always enjoy this day with its great significance to the nation.

Caty and I finished the Youth Camp in Cucuta, Colombia, yesterday. We had 19 campers and six staff there, so it was quite a challenge to do everything with so few of us. There was not a moment to rest, but at least the meals were contracted out so the ladies did not have to cook.

Caty and I headed the camp, Fred and Lidia Nance from Little Rock, Arkansas were there to learn how to run the camp for next year. He is the pastor in the Arkansas area. Jaime Salek, the resident minister in Colombia and his wife, Janet, were there as well.

The place is truly beautiful with its tropical abundance and yet not too hot. It is about an hour away from the city of Cucuta and is ensconced in a canyon with high mountains on either side. It is a rural country club with a lake, a nice pool, pool tables, ping pong, soccer, basketball and volleyball fields and even a tennis court.

I spent the week teaching the kids the foundations to play tennis, besides the youth classes and other activities and administrating the place with Fred, Jaime and the ladies. Three kids became quite good at tennis and we played doubles and several matches. They thoroughly enjoyed it! I also played six tennis matches with some of the men visiting the place. I thank God I still have the energy left to do all of these things. I also took my portable telescope and gave kids astronomy classes. It was awesome to see the planet Jupiter, the fourth brightest object in the sky besides the sun, the moon, and Venus. We could see five of Jupiter's moons and even its red mole.

The food was quite good and the kids thoroughly enjoyed themselves. They even went on a banana inflatable float hauled by a speed boat around the lake, which they greatly enjoyed. We had youth speeches and two dances to boot and invited the Cucuta church members for lunch and Sabbath Services--there were 27 of them that came. It was a spiritual shot in the arm since they don't get visited much and have to hook up to Services most Sabbaths.

Most of the kids are poor, but show a great attitude and attend Services with great dedication. They really put some of the US kids to shame as far as their involvement and faithfulness. The oldest, around five in number, in part thanks to the LifeNets scholarships, are attending different universities and doing quite well to become full-fledged professionals. It is great to see what Victor and Beverly Kubik's dedication has done by founding LifeNets and helped so many of the Church kids in Latin America. There are 11 of them in Colombia alone (33 in total) receiving these LifeNets scholarships every month to help defray their university costs. Some could not afford to finish their university careers without this help.