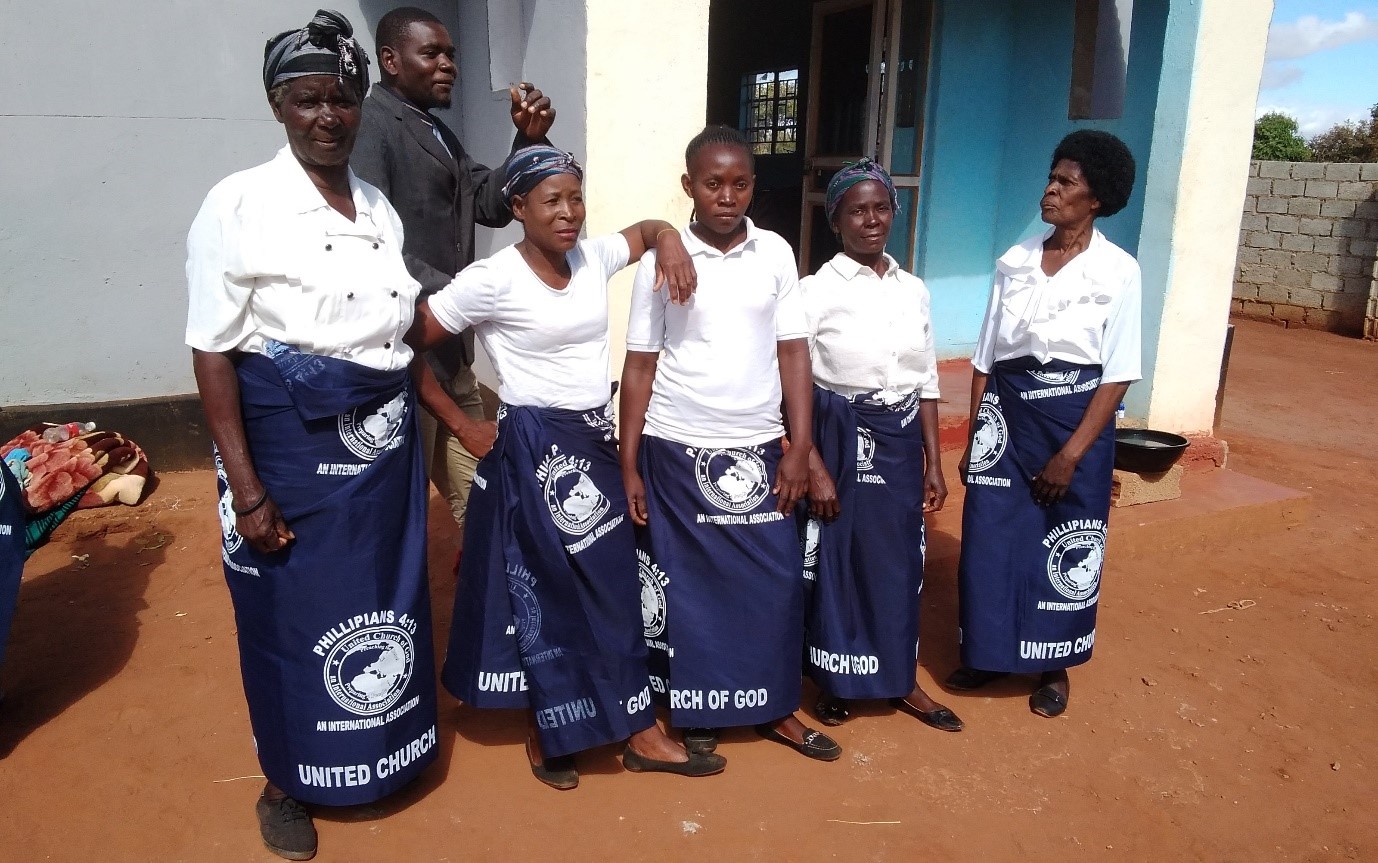 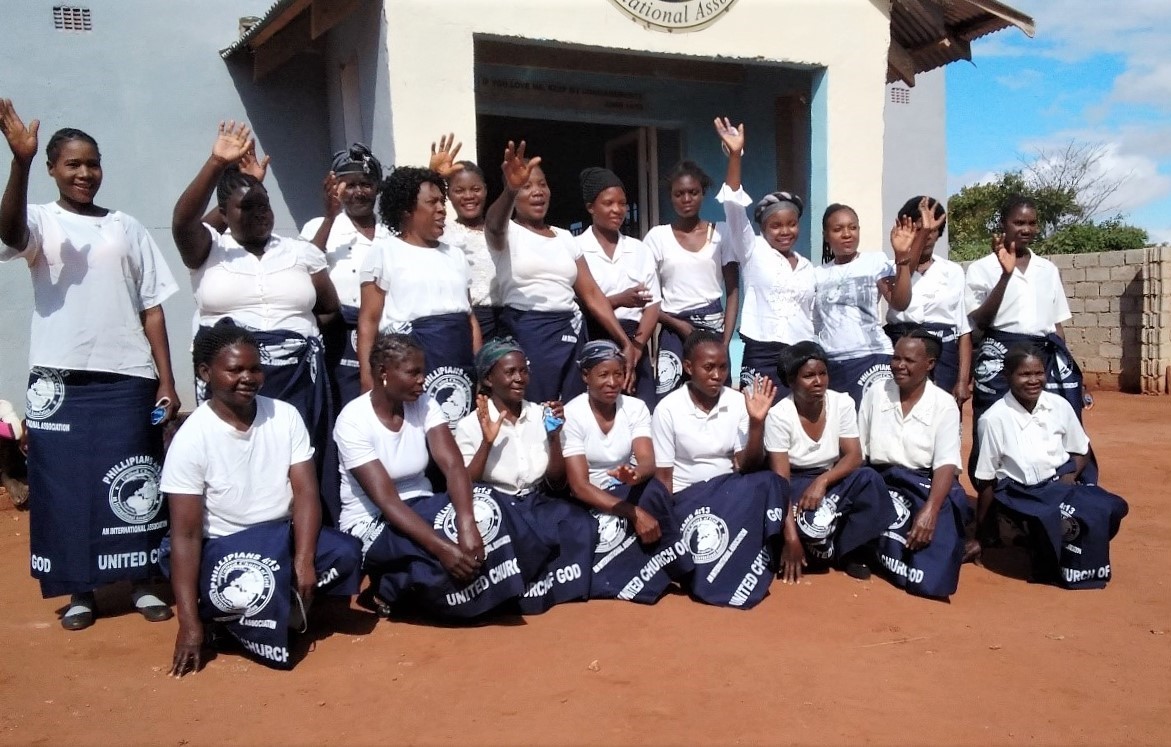 Report of the Women’s Enrichment Weekend held in Chipata, Eastern Zambia on 23 and 24 July 2020

Often times, the first time you do something  you meet challenges that may sometimes culminate in failure. However, after two Women’s Enrichment Weekends in Lusaka, the United Church of God was able to organize a fairly successful event of the same nature in Chipata, Eastern Zambia. This event took place on 23 and 24 July 2020. However, the participants stayed on for the Sabbath and dispersed on Sunday, July 26, 2020.

This event was sponsored by the U.S. Women''s Enrichment Weekend in Missouri earlier in the year as well as LifeNets. 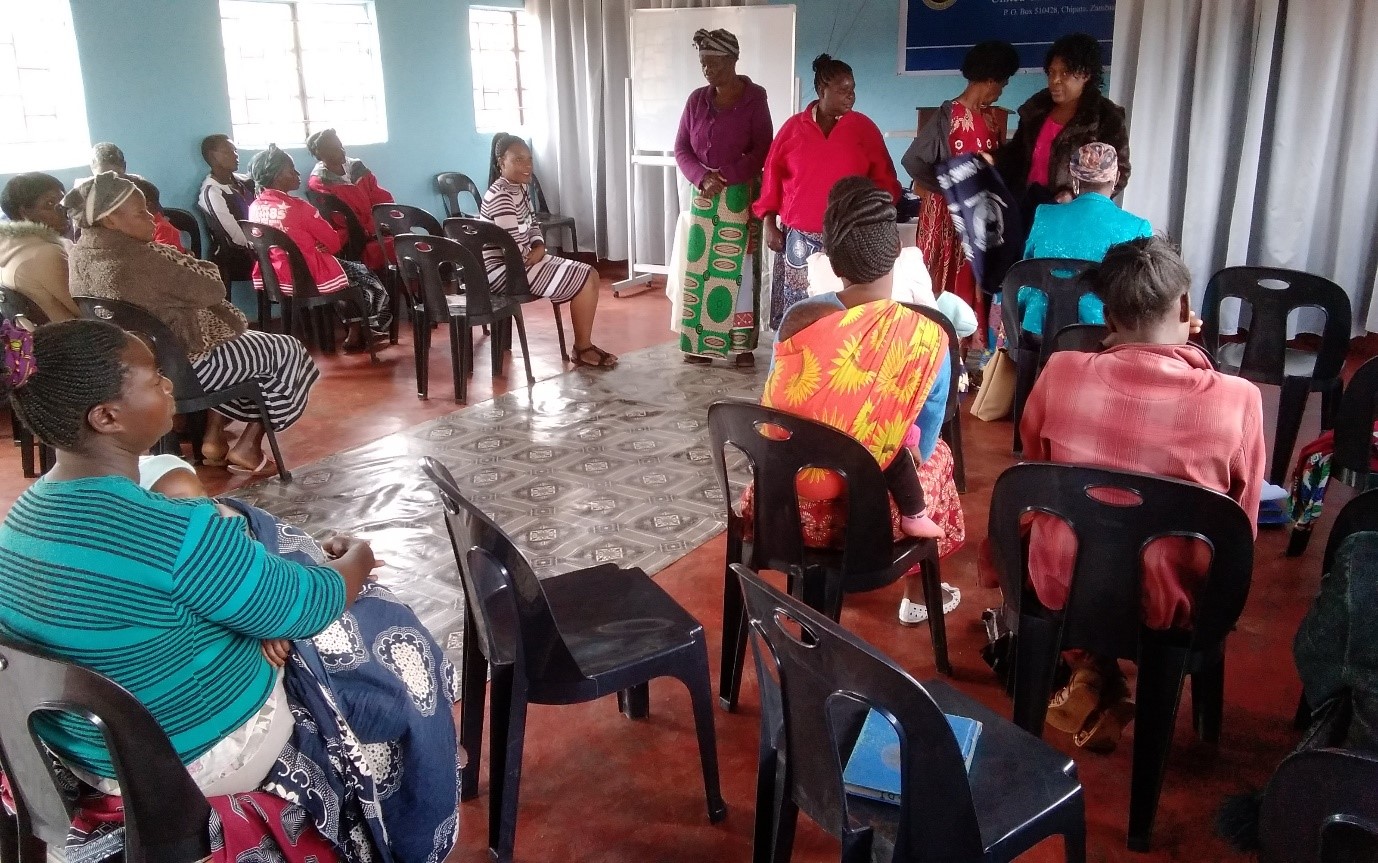 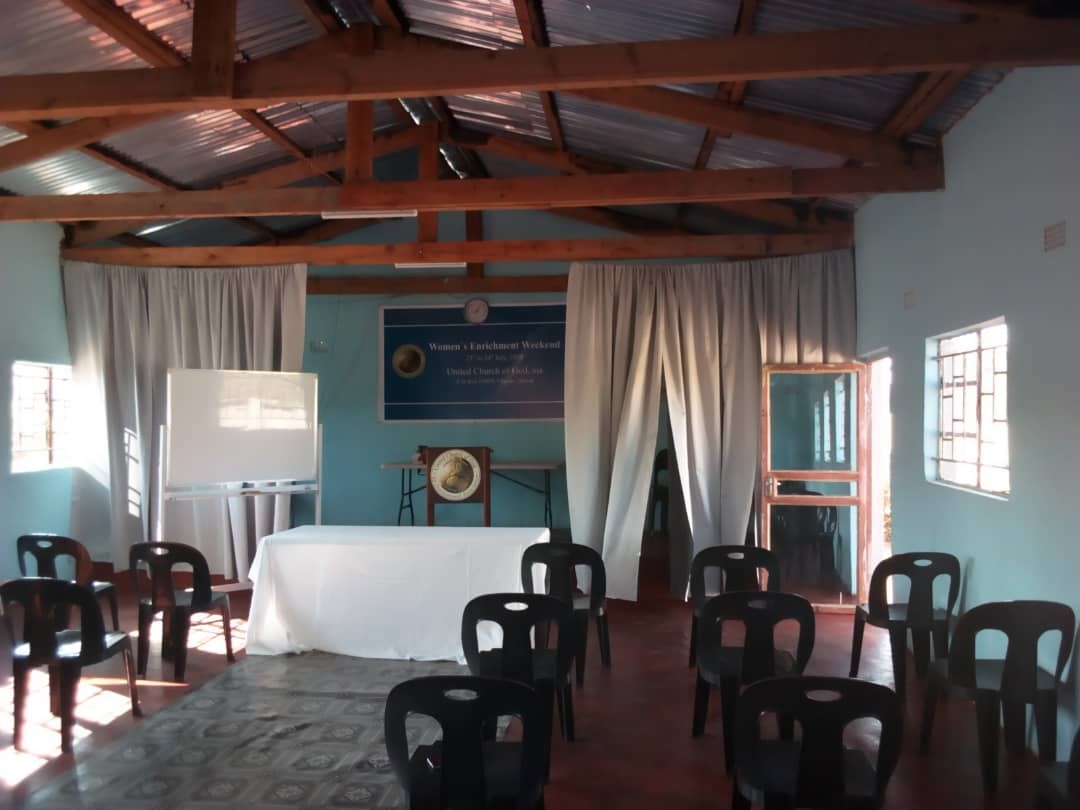 Twenty-five participants were in attendance, with seven women coming from Ngilile, a satellite of the Church situated 165 kilometers south of Chipata, and Chiwoko, another satellite of the Church midway between Chipata and Petauke. Chipata had fourteen Participants. Attendance could have been more but was deliberately kept down in conformity with the health controls related to the COVID-19 pandemic. 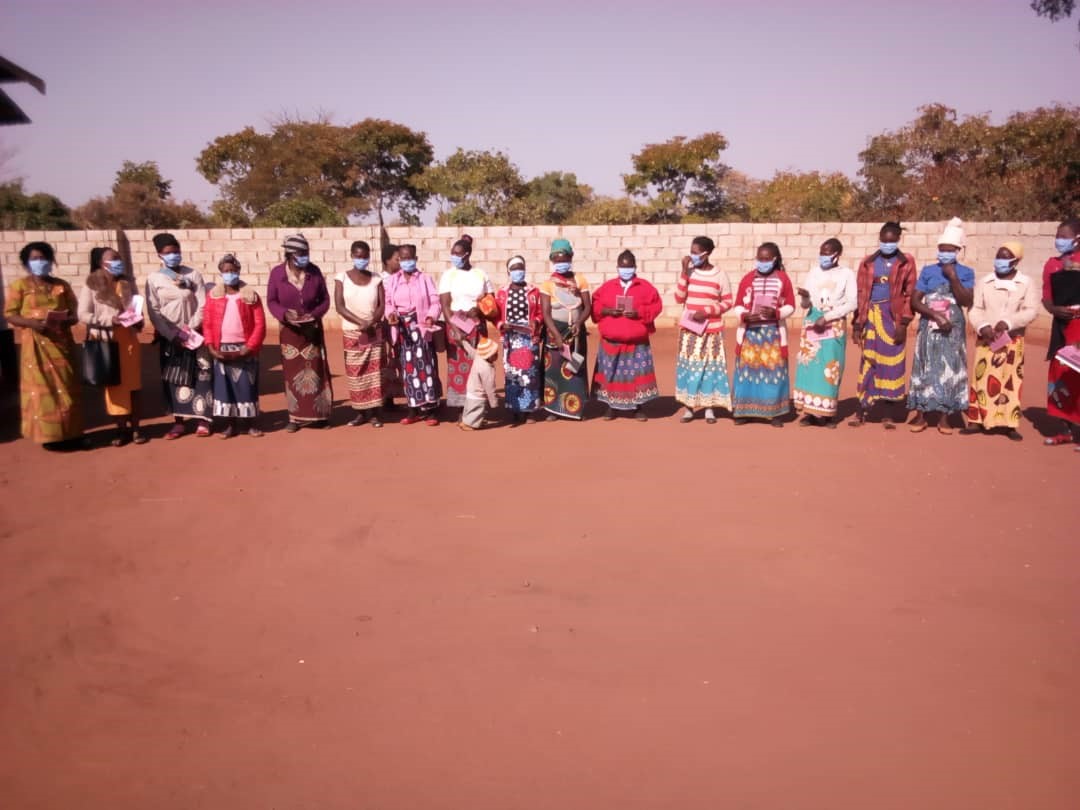 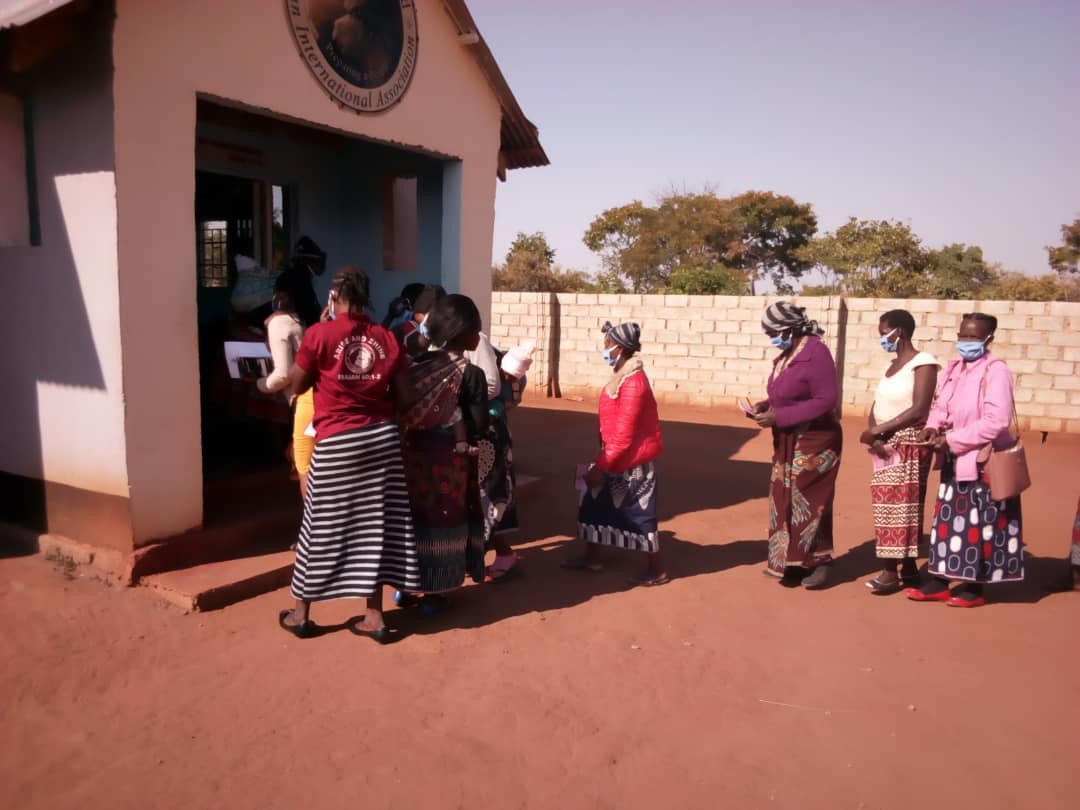 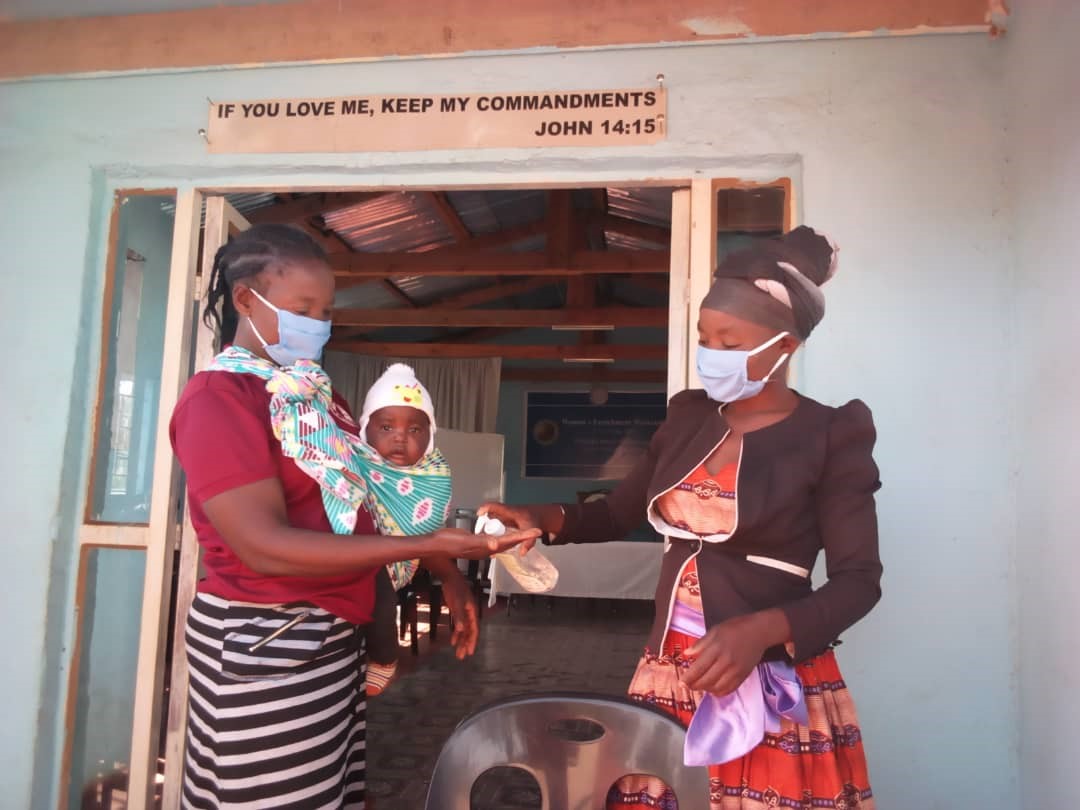 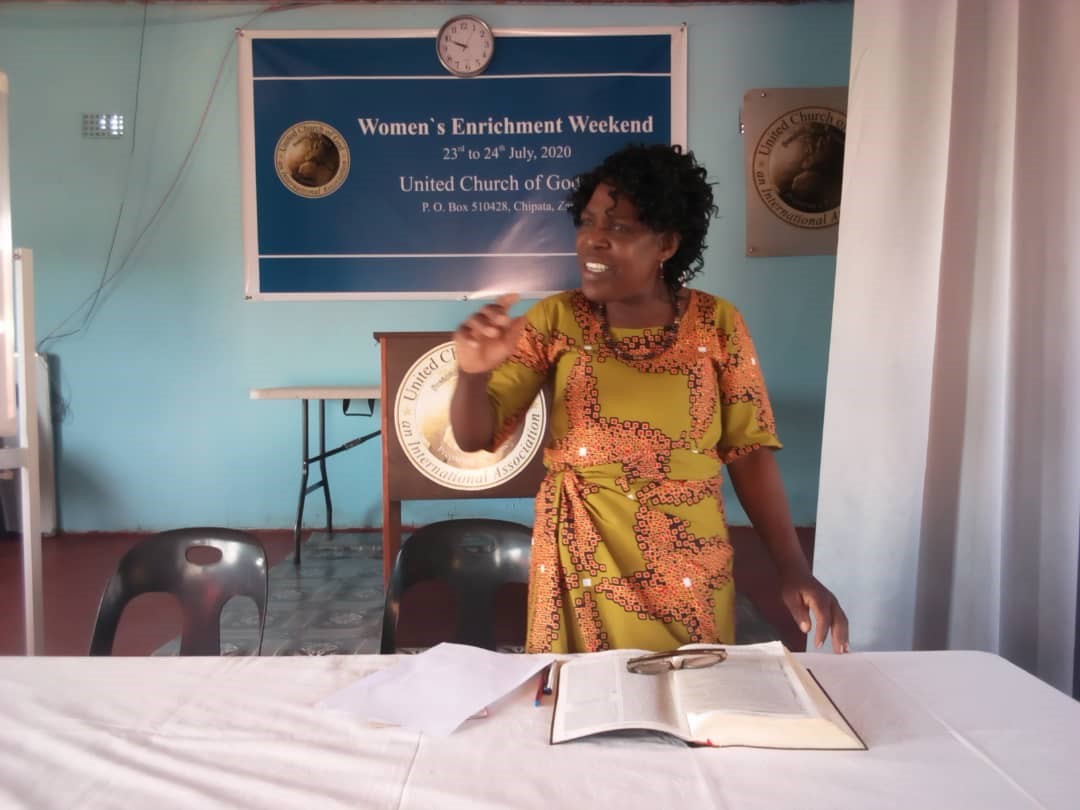 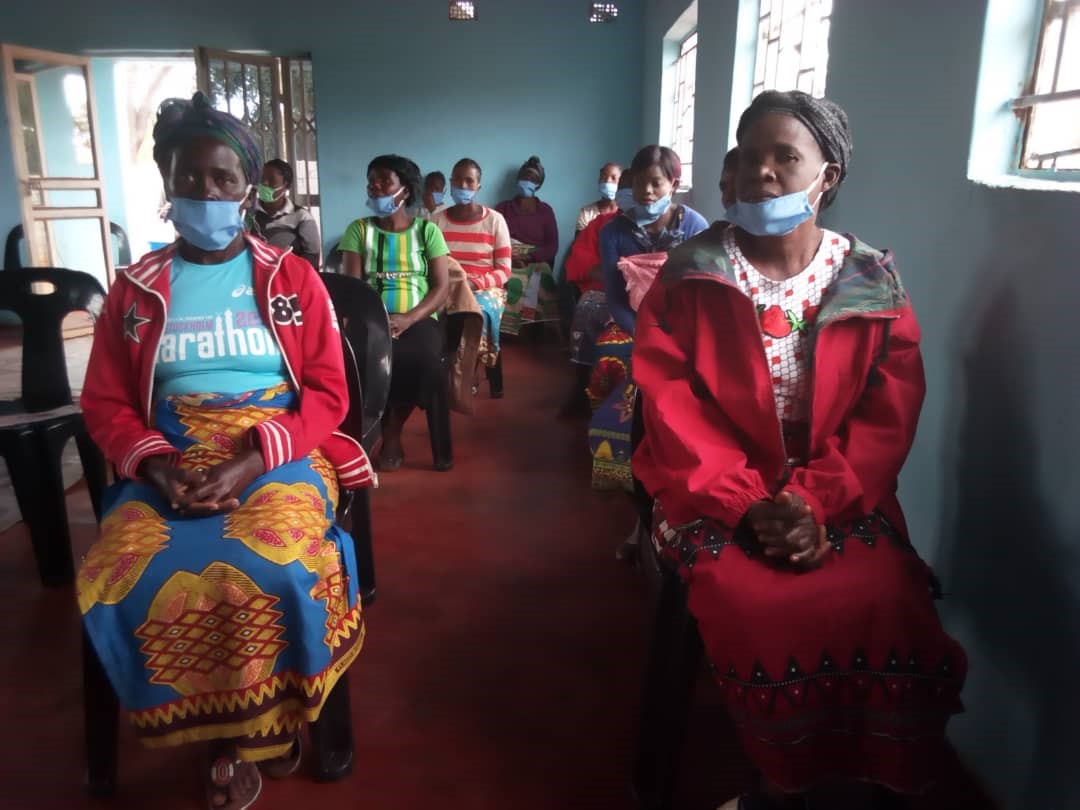 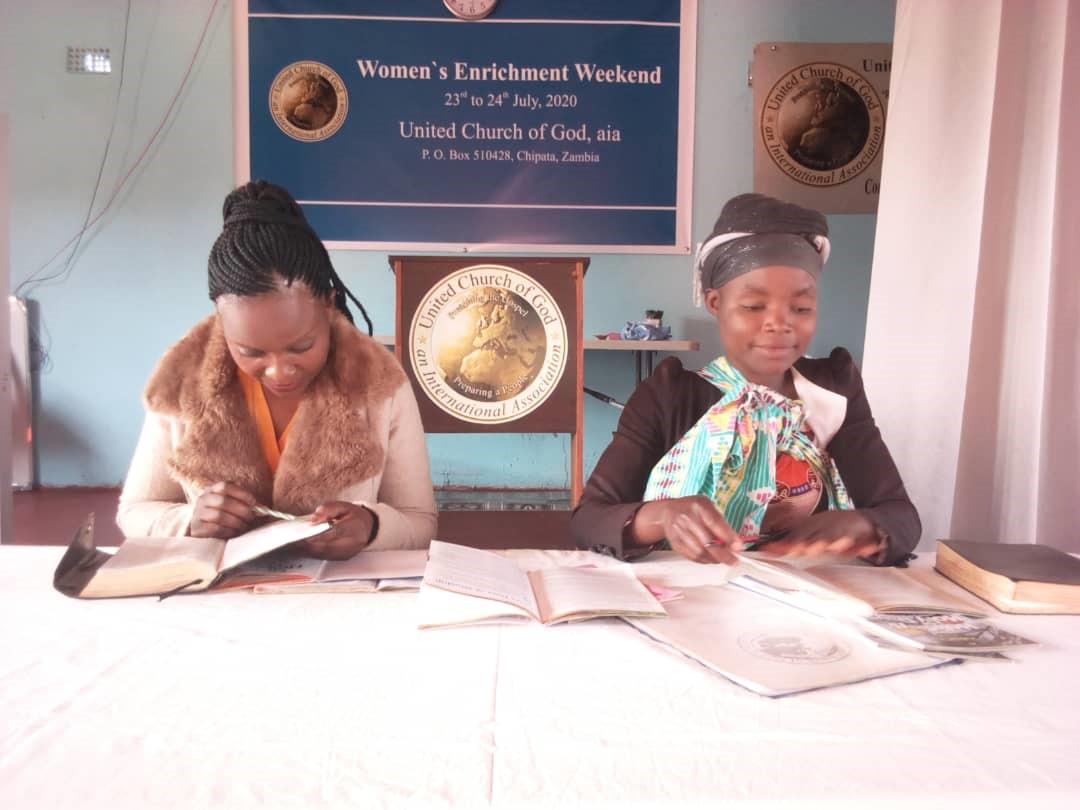 Sara, member of UCG Ngilile, and Dorcas of Chipata, teach on tithing and God’s holy days 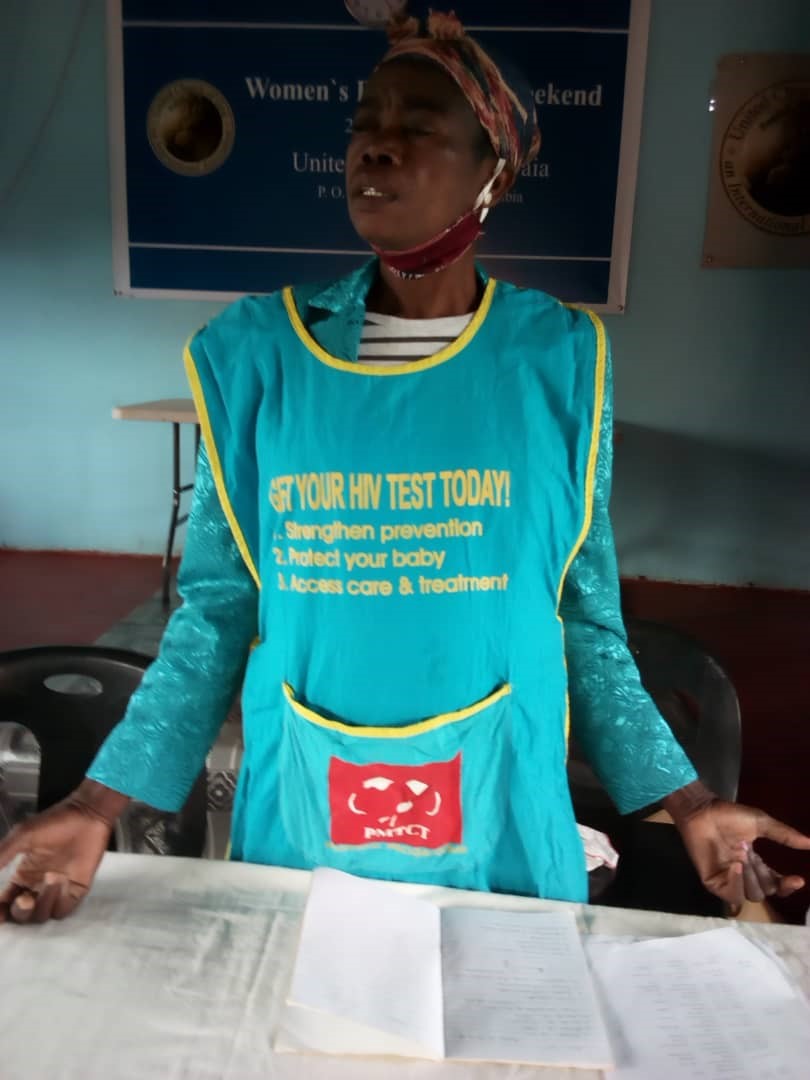 Ruth teaching on Cervical cancer and HIV and AIDS 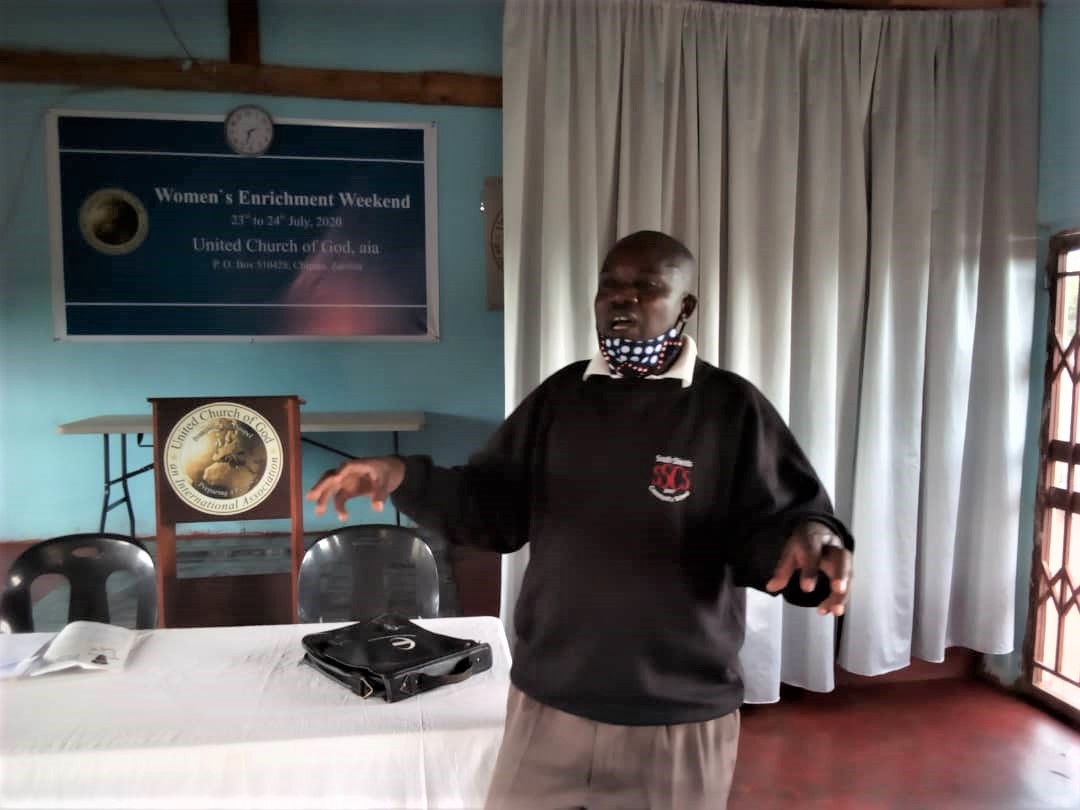 Mr. Banda of the Victim Suppport Unit of the Police Department teaching about gender-based violence 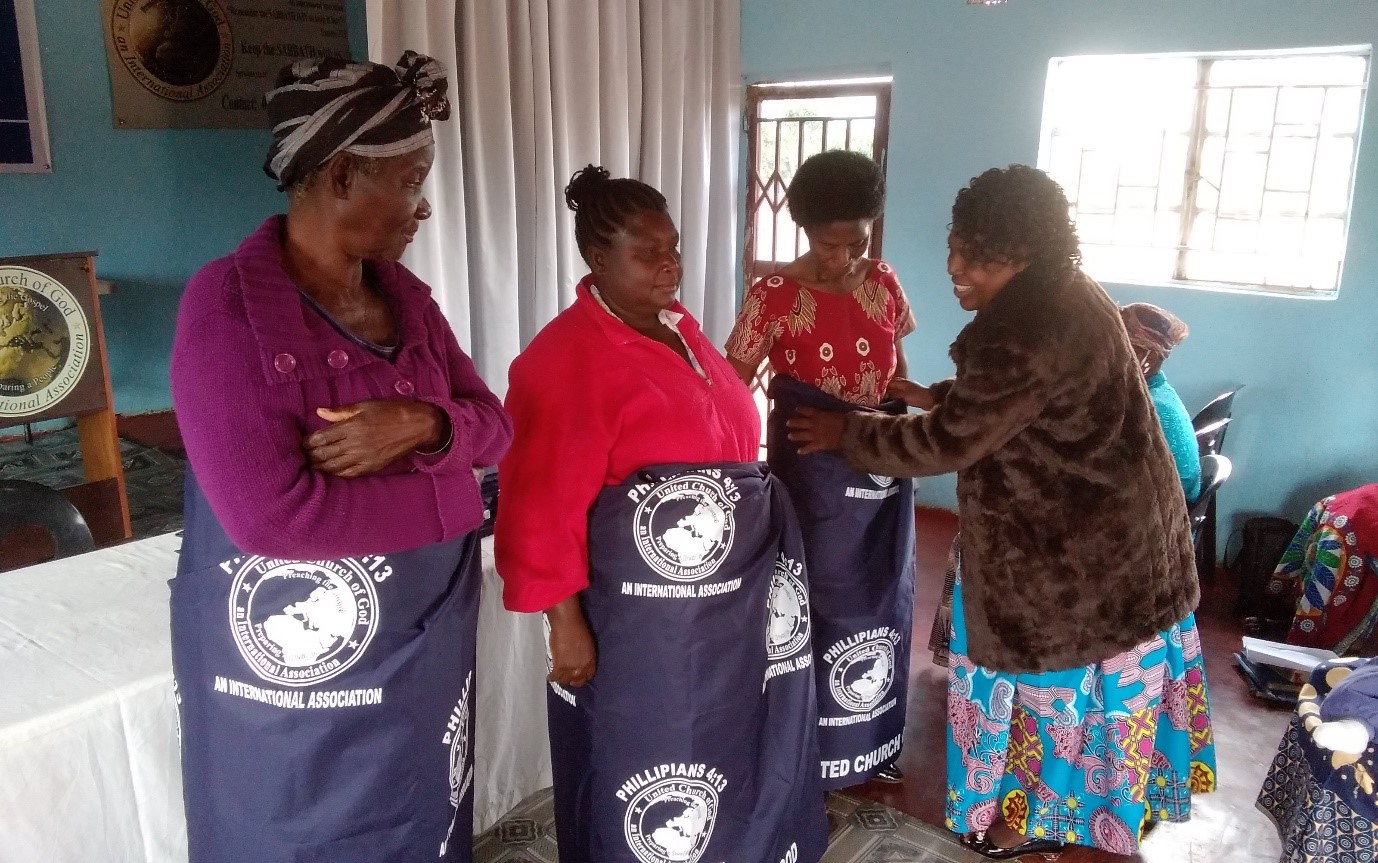 Chosiwe helping the elderly women to put on their cloths 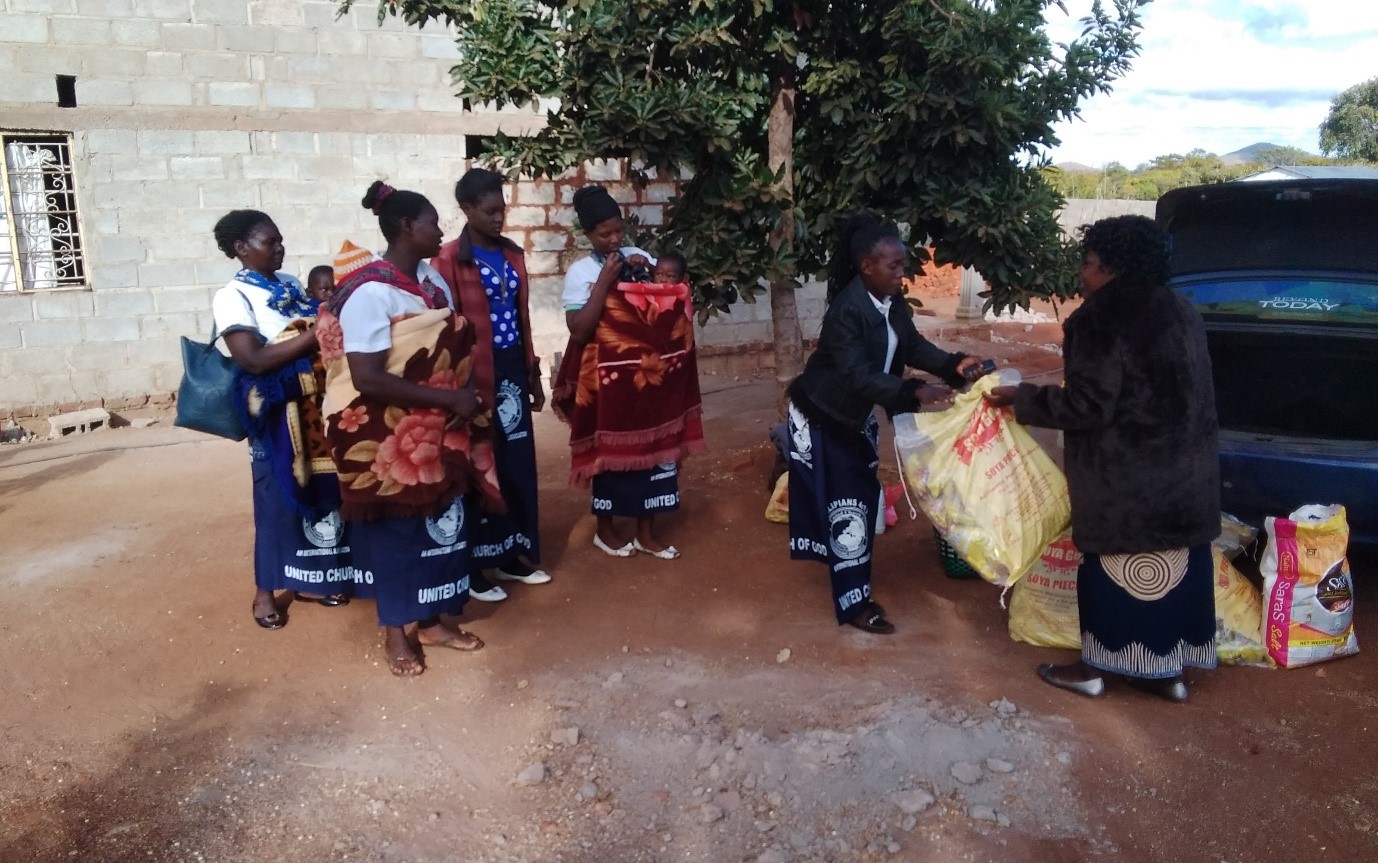 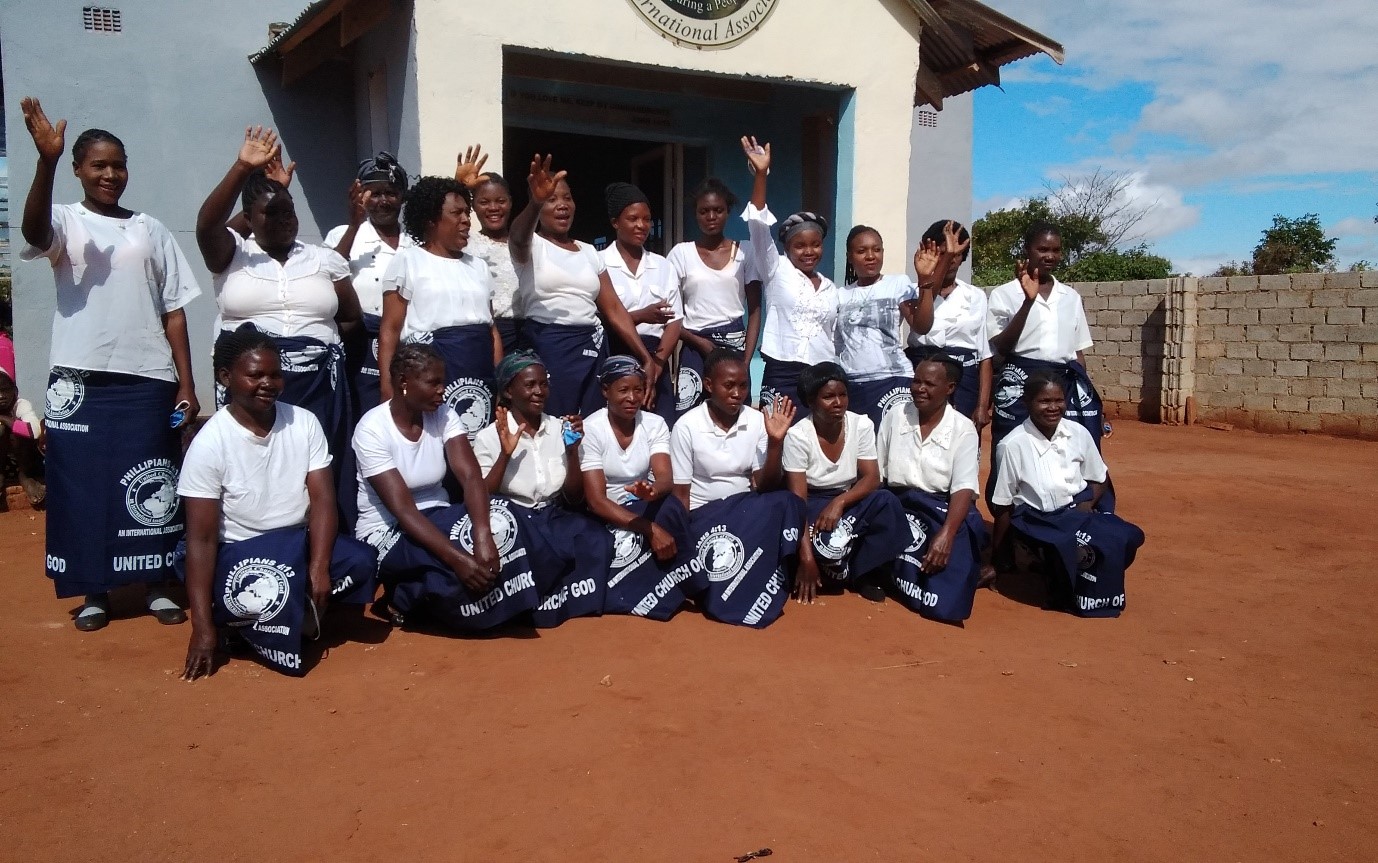 Welcoming session by the organizer:

The women were welcomed by Chosiwe Shanzi Jere, the organizer, on the first evening. Her brief speech was aimed at thanking the participants for their keenness to attend the event and motivating them both to be ready to imbibe new knowledge and also share their own experiences. In conclusion, Chosiwe reminded the participants that, as members of the United Church of God, they should exhibit love and unity in whatever they said and did throughout the event and continue doing so even when they got back to their homes. She also expressed hope that the event would be so successful and beneficial that more women will want to attend in future.

Motivational Talk by the pastor:

Later in the day, the pastor also spoke briefly to the women and stressed upon the importance of women in the home where they are wives, mothers and caregivers with the unique ability of transforming men into husbands, mere houses into homes and children into godly angels. To be discarded, he said, was the deeply ingrained belief among many African communities that women are inferior to men. Finally, he explained the importance of women in the Church.

In addition to regular sessions of learning, sharing, Bible study and even early morning physical exercises, there were two special sessions that appeared to be of benefit to every participant. The first was a serious health talk on HIV and AIDS given by Ms. Ruth Jere, an enlightened widow who had contracted the disease from her husband.

After her husband’s death, Ruth had lived on for nineteen years in a hostile environment of social stigma and rejection which had killed many sufferers. But because of her stamina, many  international organizations had adopted her as their ambassador on matters of health, human rights and gender-based violence.

Ruth also taught the women about cervical cancer and encouraged the participants to get regular testing in order to know their status on both HIV and cervical cancer.

Another interesting talk was on human rights and gender-based violence where women were often the victims. This was given by Mr. Banda, an officer from the Victim Support Unit of the Police Department. Mr. Banda dwelled extensively on human rights relevant to women and also explained about various forms of gender-based violence and how to deal with it.

Many women appeared to appreciate these lessons and took copious notes.

An exciting moment came on the second day of the event when Chosiwe distributed two-meter pieces of cloths to the participants. This same type of cloth was acquired and distributed to other women in other parts of the country during the Women’s Enrichment Weekend happening at the same time. Though not quite a type of church uniform, Chosiwe explained that wearing such a cloth was a way of evangelizing about the Gospel and identifying the women as members of the United Church of God. Color was added to the congregation that met for the Sabbath the following day.

Before departure on Sunday morning, it was decided to take advantage of the presence of the women to distribute food packs to families from distant areas. Each food pack comprised a bag of fifty pieces of nutritious soy relish, five and half liters of vegetable oil and one kilogram of salt.

One of the achievements of this event was that it brought women from different parts of eastern Zambia together to share on how they could be better members of the Church. In an environment where the United Church of God has often been regarded as a religious oddity, the event gave the participants pride and courage to boldly proclaim to other people in their own communities the truths that have been pushed aside and ignored by common Christianity.

The Women’s Enrichment Weekend was obviously a great success in Chipata. However, this event could never have taken place were it not for the assistance from the loving members of the Church who had advanced resources through LifeNets. To these, thanks are extended.

Here is the first news that received about this event:

Thirty-one participants from Petauke, Katete and Chipata  (from Chosiwe)

I am pleased to inform you that our Women's Enrichment Weekend has started today. We have thirty-one participants from Petauke, Katete and Chipata. Our program includes scripture sharing, role of a Christian woman in the family and other environments, healthy living (including cervical cancer, HIV/AIDS), human rights, survival skills and other topics and activities.