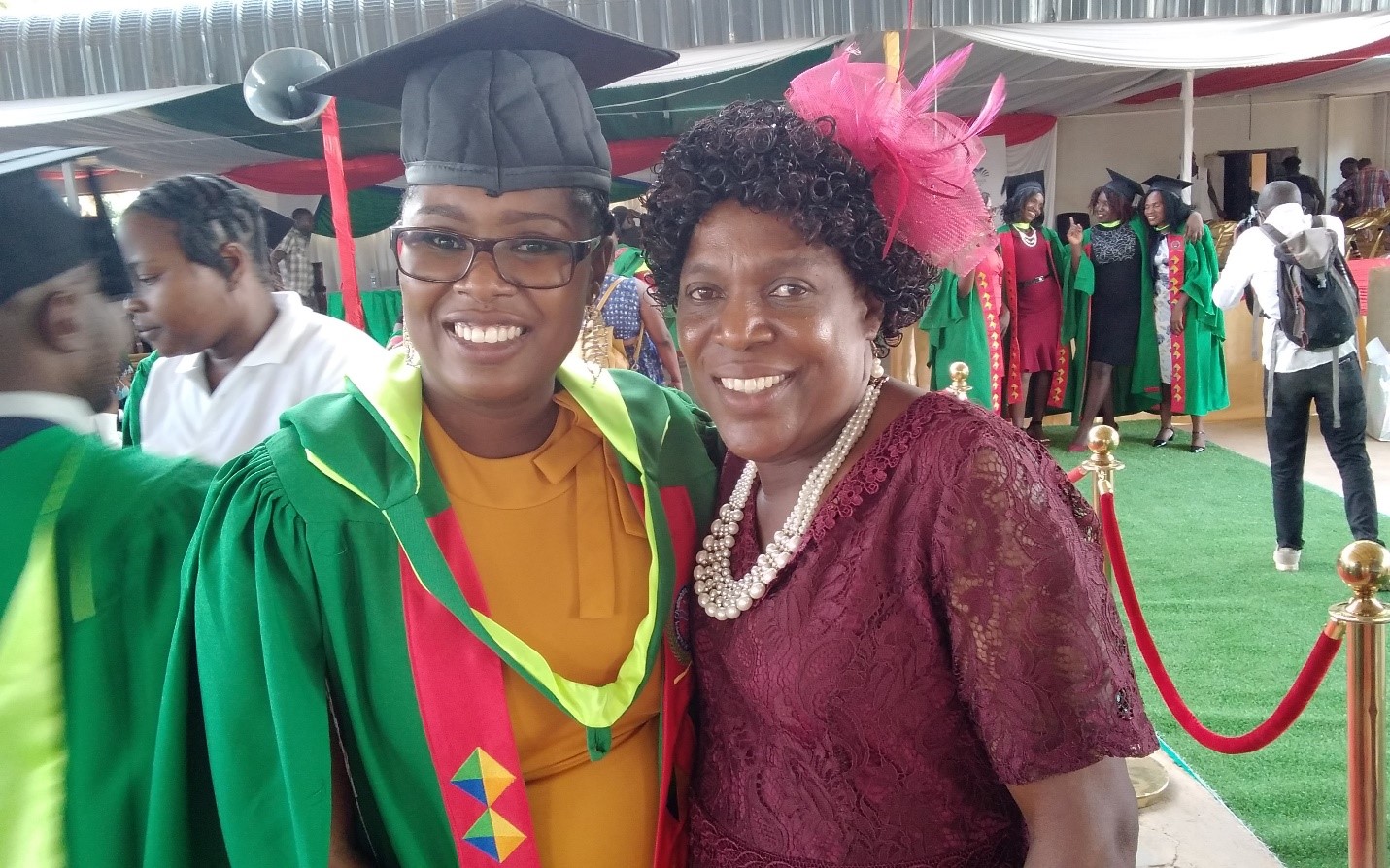 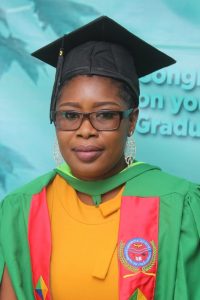 LifeNets International has scored another success in Zambia with the graduation of yet another outstanding student. Thokozile Chalo Jere is a twenty-nine-year-old young woman whose upright character would appear to have been a barrier to her vocational progression. Brought up under very strict parents, she cried for school at age four, jumped grades, and was done with both primary and secondary school in ten years instead of the prescribed twelve.

After primary and secondary school, Thokozile enrolled for a five-year accounting course at the National Institute of Public Administration in Lusaka and came out tops with a Diploma at twenty years of age. Yet, in spite of her achievement, she was unable to find employment. Consequently, she decided to change her career to teaching and went into Chipata College of Education. At the end of her course, she received a bouquet of awards for her outstanding performance and another Diploma in Education. 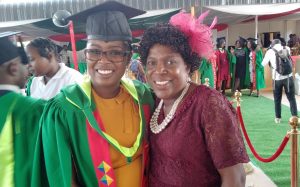 The joy of a mother at the advancement of her offspring

Unsurprisingly, in a society that appeared hostile to anyone who had no links to important people, was averse to bribes and other base requirements outside her official curriculum vitae, young Thokozile still could not find any employment. Undaunted, she decided to go into university and pursue a degree in education. Unfortunately, her father was now retired from the Civil Service on a pittance for pension. As a matter of fact, he had sold off one family asset after another to pay for her earlier courses. Now, everything of pecuniary value was gone and there seemed nowhere to turn to. Under such circumstances, many a young lady succumbed to wayward engagements or early marriage, resulting in a precarious life of dependence on another. Thokozile would not have any of that.

“Marriage is a very poor option for half-baked persons,” she declares. “Most often, it is voluntary bondage into an abusive relationship. Therefore, I shall consider matrimony only after I am well-equipped to stand on my own.”

But Thokozile was now in her mid-twenties and many people advised her to consider her age. “It is better to marry the right person late than the wrong person early. I plan to marry from a strong position of empowerment and my man must be endowed with similar Christian beliefs as mine.”

This was prophetic because in 2018. Thokozile was lucky to get a scholarship from LifeNets International and entered Chalimbana University to study Education. Most interestingly, towards the end of her course, she met a young man of similar Christian conviction. Early in 2021, Pastor Derrick Pringle traveled one thousand kilometers from his ministerial base in Kitwe to bless their wedding.

As usual, Thokozile got exemptions due to her past academic achievements and was able to complete her course in four years instead of five. And, as expected, she got her Bachelor’s degree with accolades in various disciplines. “It is the hand of God,” she says. “First, He gave me the type of person I wanted for a husband. Next, with the qualifications I have collected, I will surely get the job of my own choice. As a matter of fact, one prominent private school in Chipata has already offered me a job as head-teacher.

“I thank my parents for being very strict with my upbringing,” she says. “But I also thank LifeNets International for sponsoring my studies. I appeal to Mrs. Beverley Kubik, the LifeNets President, to continue sponsoring young and focused students in many poor countries. It is one way of breaking the vicious circle of poverty.”